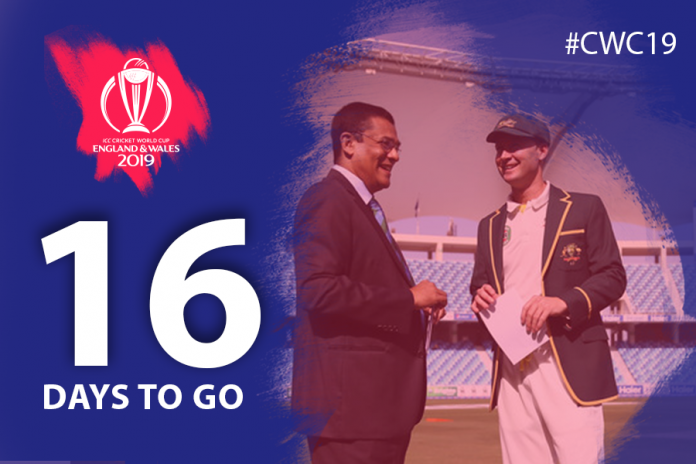 Madugalle never played a World Cup final. He was a selector when Sri Lanka won the 1996 World Cup. According to Arjuna Ranatunga, Ranjan was the toughest selector he came across, for the simple reason that before agreeing on a selection, he would ask several questions.  Tough but fair.

Madugalle played in Sri Lanka’s inaugural Test match in 1982 and made an impact by top scoring with 65 runs in the first innings. He would take over the captaincy from Duleep Mendis after the 1987 World Cup, but a year later would retire from the game even before he had reached the age of 30. Those days cricketers were either employed at Maharajas or Ceylon Tobacco Company. Ranjan was a Tobacco man and he was making steady progress in his professional career when there was an opening for him to be involved with the game again.

The International Cricket Council today announced the appointments for the league phase of the ICC Men’s Cricket World Cup 2019, which

He was only 34 years old when he was appointed as a Match Referee. In a short period, he made tremendous progress. Eight years into the job, he faced his first major stumbling block as Sri Lanka Cricket withdrew him as a Match Referee and named someone else.

Educated at Trinity College, Kandy and Royal College, Colombo, Ranjan wasn’t going to find it tough to find a job. Soon television companies approached him and he had a brief but extremely successful career as a television commentator.  He took to commentary like a duck to water.

Ranjan maintains an aura as a strict disciplinarian as his job as Match Referee demands him be so. But during commentary stints he would pull off some stunning practical jokes on his colleagues. Poor Brian Thomas was at the receiving end most of the time. If the press asked for a comment whether he was undone by SLC’s decision to withdraw his name as a Match Referee, he would just give a smile and keep quiet. Perhaps he knew what was in store.

In 2001, the ICC decided that home boards will no longer be able to nominate Match Referees. A decision had been taken to contract five top Match Referees to officiate all international games. Along with Ranjan, Clive Lloyd, Mike Procter, Wasim Raja and Gundappa Viswanath were named as Match Referees. Ranjan was named Chief Match Referee above Lloyd.

Ranjan has so far officiated in three World Cup finals – 1999, 2003 and 2015. He couldn’t officiate the 2007 and 2011 finals because his countrymen were playing the final. Madugalle has been picked to solve some of cricket’s biggest controversies like the hearing against Inzamam-ul-Haq after he conceded the Oval Test match, having been accused of ball tampering.

A sharp guy, the manner in which he operates impressed many. In the 2011 World Cup, the World XI was being chosen in Bombay by a panel of experts and one New Zealand ex-cricketer was pushing hard for the inclusion of Tim Southee. The general consensus was that Lasith Malinga should share the new ball with Zaheer Khan. But the gentleman from New Zealand would simply not back out. Then Ranjan drove home a valid point. He looked at the former New Zealand cricketer and said, ‘Listen. Imagine you are facing the last ball of the innings and your country needs four runs to win. Who’s the bowler you don’t want to face? Is it Southee or Malinga?’

The Kiwi got the point and Malinga was included in the side.