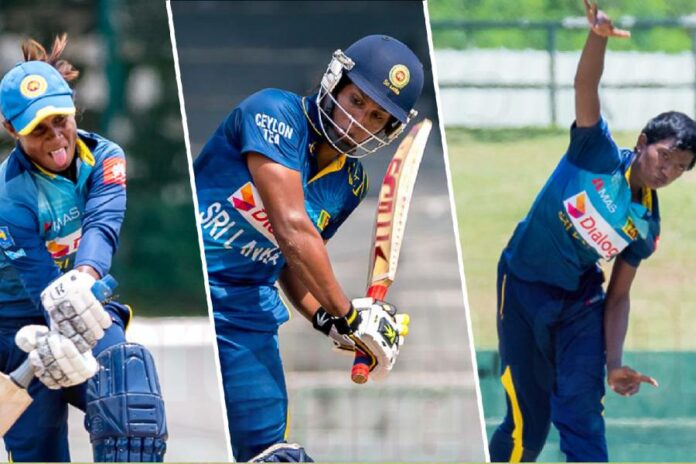 The Sri Lanka Women’s Cricket Team have taken wing to Pakistan for the first time since the 2005/06 season, to play 3 ODIs and 3 T20Is from May 24th – 5th June. Here are 5 Sri Lankan players to keep an eye on during this landmark tour. 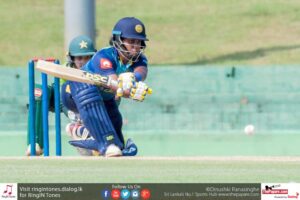 If you’ve watched any women’s cricket, you wouldn’t have to read this to know that Chamari Athapaththu is THE one to watch from Sri Lanka. The left-hander is one of the most explosive batters in the game and can cause some serious damage if she gets going at the top of the order. With an average of 31.62 in ODIs and 21.70 in T20Is, the stats do not do justice to the talent that is Chamari Athapaththu.

The southpaw didn’t have a great domestic 50-over competition in April but looked in red-hot touch during the FairBreak Invitational competition earlier this month where she topped the run-getter’s charts with 300+ runs in 7 games, giving her the perfect preparation coming into this series. 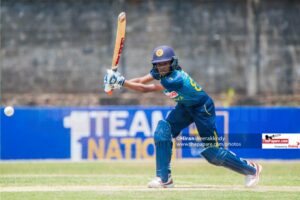 Deputy to Athapaththu, Samarawickrama is perhaps the complete opposite to her Captain in terms of style, depending largely on hitting the gaps more than clearing the field.

The left-hander struggled to get going early in her career, looking limited on her leg-side play and getting bogged down against quality bowling. She’s not a powerful striker of the ball, but has worked on her strengths of timing, placement and rotation of strike in the last couple of years, the fruits of which could be seen in Sri Lanka’s last international tournament – the Commonwealth Games Qualifiers – earlier this year, where she was one of the key batters for the team, finishing behind Athapaththu in the top run-getters list, with a strike-rate of 130+.

The quality of bowling she will face in Pakistan is certain to be higher, but Sri Lanka will hope they can get some big scores from their vice-captain. 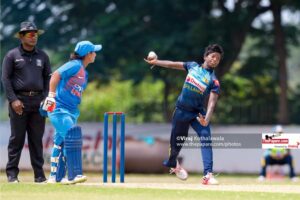 Picture this, Sri Lanka’s chasing a daunting 253 set by India in Colombo. The scores are level with Sri Lanka 7 down, there’s 2 balls remaining in the game and they’ve got a 17-year-old in her 2nd game on strike. Tense, right? Well, if that 17-year-old was feeling tense, it didn’t show – she smacked the ball straight over the bowler’s head to give Sri Lanka a rare win over their Indian counterparts.

Picked for her bowling, that’s how Dilhari announced herself in International Cricket. Since then, she has played just 17 games for Sri Lanka (owing to lack of fixtures, not performance) and has become one of the side’s key bowlers.

During this tour, the off-spinner may hope to stake her claim as a top all-rounder, having shown more than a glimpse of what she’s capable of during the recently concluded premier domestic 50-over competition, where she finished as top run-scorer and 3rd on the list of wicket-takers. 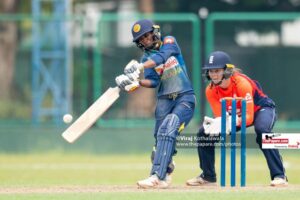 De Silva has been in and out of the National side in the past, but in the last year or so established herself as a mainstay in the middle order and a useful seam bowler. Looking at her stats, you wouldn’t think much of de Silva, but like Samarawickrama, she has worked hard on developing her strengths in the past couple of years – scoring a lot faster, especially in the latter half of the innings.

Sri Lanka have a habit of getting stuck in the middle to later overs of their innings, especially when Athapaththu doesn’t get going and de Silva’s primary job will be to stop that from happening. 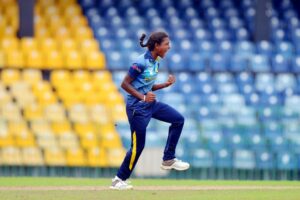 The newest young star for Sri Lanka, Nisansala made her debut earlier this year at the Commonwealth Games qualifiers. Though she didn’t pick up too many wickets there, she played a big role in keeping the runs down, finishing with an economy of 4.6 in 4 games, where she bagged 3 wickets. She was also brilliant in the field and no doubt impressed the selectors during the competition.

Nisansala comes from the same club as Dilhari and the pair are pretty incredible together for their side, Seenigama CC, in domestic cricket. This season, she finished 4th behind Dilhari in the top wicket-takers list, finishing with 16 wickets in 7 games and an incredible economy of 2.98.

Sri Lanka’s tour of Pakistan will begin with 3 T20Is, before moving to the Women’s Championship ODIs in the 1st week of June. Sri Lanka have not had the best of runs against Pakistan in bilaterals of late and if they are to see some success this time, you’d think they would need some big contributions from these 5 players.