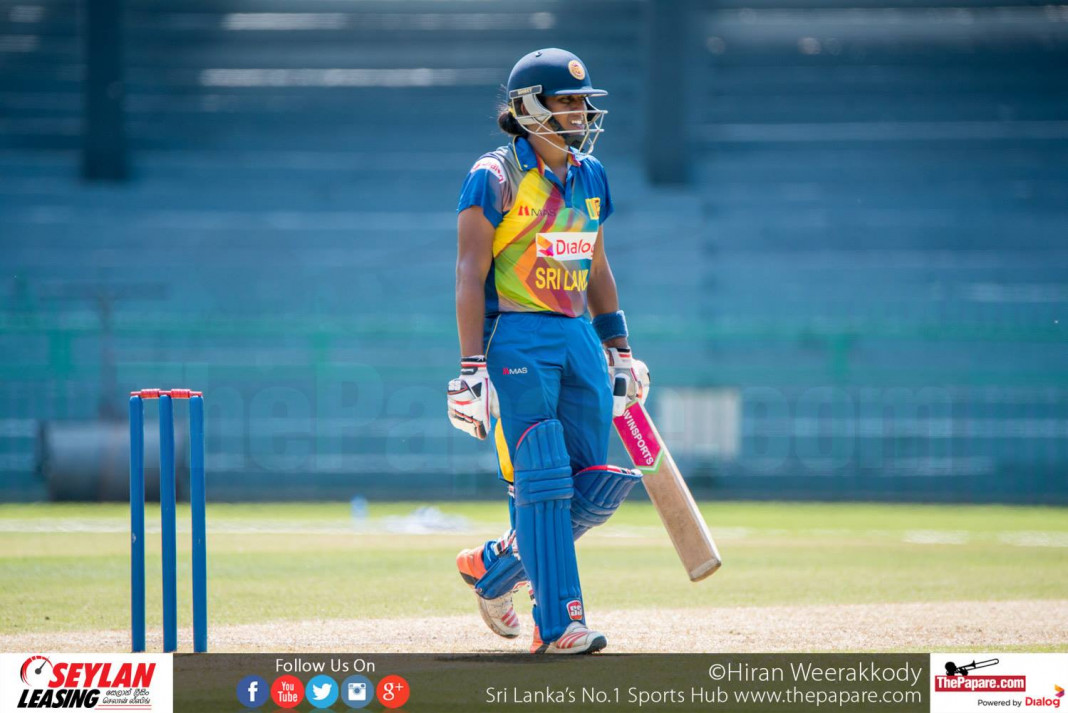 Sri Lanka started their Women’s Asia Cup campaign in disastrous fashion as they were put to the sword by the Pakistan batters who went on to secure an 8 wicket win in Bangkok earlier today.

Sri Lanka skipper Hasini Perera won the toss and had no hesitation in batting 1st, perhaps banking on her spinners to defend whatever total was put on the board. The Lankan lasses did not get off to the best start however as Yasoda Mendis, returning to the team after missing out on the most recent series against England, was run out by Sadia Yousuf in the 2nd over of the game. The innings was given some stability however as Chamari Atapattu and Dilani Manodara put on 44 for the 2nd wicket in relatively quick time.

The wicket of Manodara started the rut for Sri Lanka as both set batters were dismissed within two overs and Eshani Lokusooriya soon followed, leaving the Lankans in a spot of bother at 70/4 in 13.3 overs. Prasadini Weerakkody put in a run-a-ball 21 to guide Sri Lanka to 112/8 in their 20 overs.

Medium pacer Nahida Khan was the pick of the bowlers as she picked up 2 wickets for just 17 runs Asmavia Iqbal, Anam Amin and Bismah Maroof kept things tight on one end.

Pakistan got off to a brisk start as the openers put on 30 runs in the opening 6 overs. Sri Lanka managed just 2 wickets in the innings as Javeria Khan (56 off 51 balls) and Nain Abidi (28 off 24 balls) took Pakistan home with nearly 2 overs to spare.

The Sri Lankan bowlers proved to be quite ineffective as not only did they leak runs but they also failed to cause any trouble for the batters in the middle.

Pakistan and India are currently topping the table having won both their fixtures while the other 4 teams, Sri lanka, Nepal, Thailand and Bangladesh are winless after 1 game. 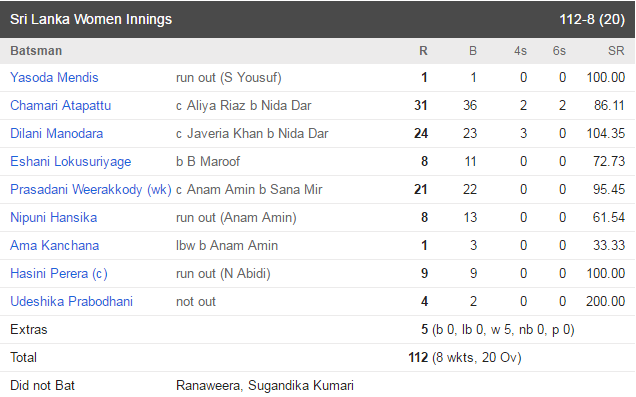