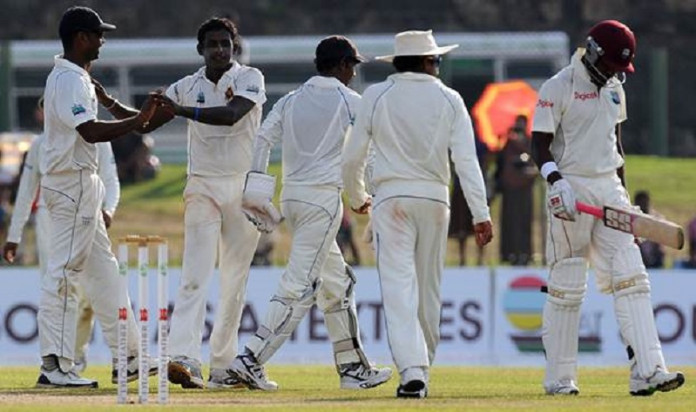 The Caribbean party is ready to move its dancing feet, this time to the rhythm of ‘Baila’ as the pearl island pearl will host a 2-match Test series which kicks off at Galle International Cricket Stadium on Wednesday.

It has been 5 years since the Windies have visited for a bilateral series in Sri Lanka. Their last visit saw the 3-match Test series ending in a draw. It would be a tough test for the visitors as they are yet to win a Test match on Sri Lankan soil.

It wasn’t until 1993, nine years after Sri Lanka made their Test debut that they played against West Indies. The two teams met for the first time for a solitary Test at Moratuwa. The home team was led by Arjuna Ranatunga while West Indies were captained by Richie Richardson. The game ended in a stalemate.

The first win for the Windies came in 1997 at Antigua when they beat Sri Lanka by 6 wickets under the captaincy of Courtney Walsh.

Sri Lanka registered their first Test win against West Indies in 2001 when Sanath Jayasuriya and his men notched a resounding 10 wicket triumph before emerging victorious in the remaining two Tests at Kandy and SSC to secure a 3-0 series whitewash.

Recap of the Past Decade

In 2005, West Indies traveled to Sri Lanka for a 2-match Test series. The series saw a 2-0 win for the hosts, winning both Tests at SSC and Kandy.

The Lions visited the Caribbean in 2008 which included a 2-match series. It ended 1-1 with both teams tasting success.

The 3-match series played between the two sides in 2010 failed to produce a result as all three matches were hampered by torrential rains at regular intervals.

Sri Lanka has hosted West Indies 9 times since 1993. West Indies are yet to win a Test match in Sri Lanka.

Considering the venues that have witnessed the two teams, Galle, SSC and Asgiriya have hosted 2 Tests each while Moratuwa, Pallekele and the RPS have been venues for one each.

The picturesque venue has been a stronghold for the Lions since its inauguration in 1998. Sri Lanka’s first Test win against West Indies came at Galle in 2001.

The venue of Sri Lanka’s inaugural Test match and first Test win, the oldest Test ground in Sri Lanka is yet to host a game between Sri Lanka and West Indies.

It is expected to be a close tussle as two outfits led by two young captains will engage in an intense battle during the next fortnight to stamp their authority and prove its supremacy in the longest format of the game.