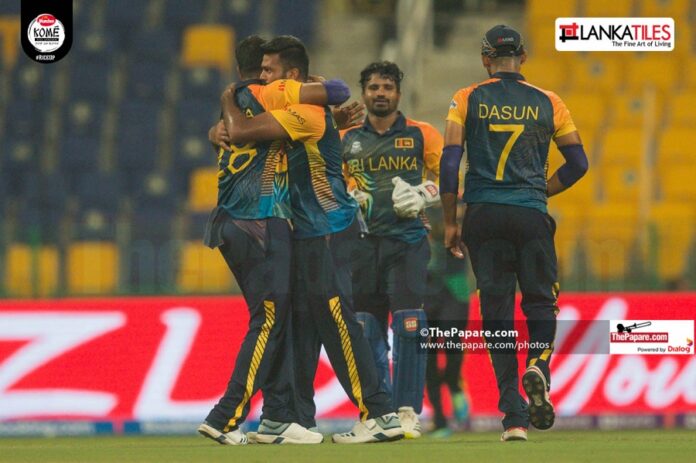 It was yet another comprehensive win for Sri Lanka in Round 1 as they faced off against Ireland, securing their berth in the Super 12s round. Here are a few talking points from Sri Lanka’s win on Wednesday (20th). 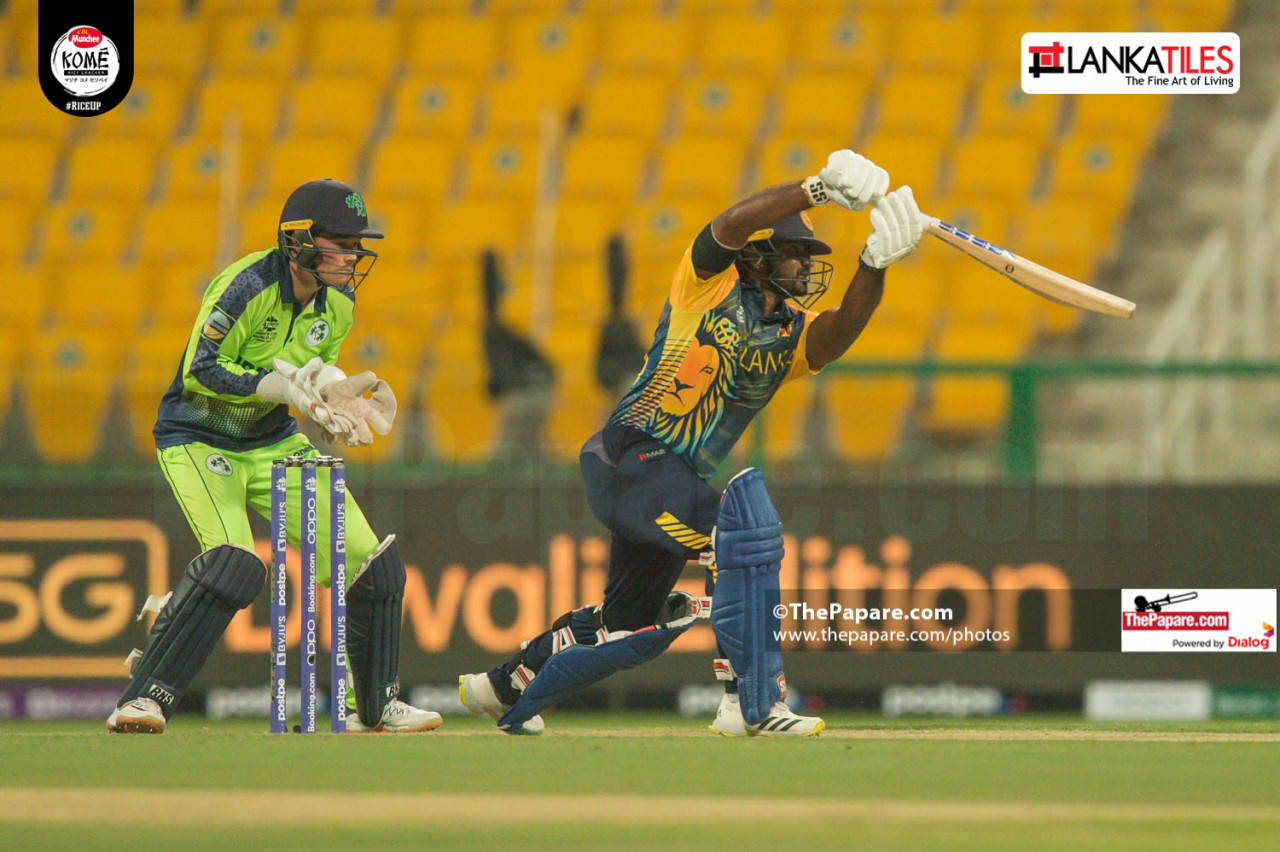 Kusal Perera is an integral part of Sri Lanka’s batting line-up, the reason being that he is a naturally attacking batter. However, his attacking instincts let him down against Ireland and he tried to drive on the up off Paul Stirling off the 1st ball he faced – leading to his dismissal. Perera has been in and out of the team this year, having struggled with injury issues and then covid. His return hasn’t gone as well as Sri Lanka would like.

The left-hander has made just 1 50+ score in his last 10 innings and to make matters worse, has scored them at a strike rate of 98.41, well below his career strike rate of 132.12. With Sri Lanka prone to losing early wickets in the recent past, he would want to get some big runs on the board before the Super 12s come around. 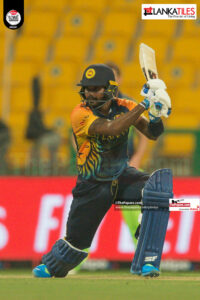 It was a bit of a surprise to see Wanindu Hasaranga walk out to bat with the score on 8/3. However, the move turned out to be a masterstroke as the right-hander, who has had a dismal time with the bat over the last few series, basically changed the trajectory of the game during his innings.

The shift in momentum came in the last over of the powerplay as Hasaranga made room against off-spinner Simi Singh to hit over the offside. Irish skipper Andy Balbirnie kept the field in despite Hasaranga making it clear where he was going to hit the ball and the right-hander managed 4 boundaries in a row to swing the game back Sri Lanka’s way.

Dasun Shanaka revealed at the post-match presentation that Sri Lanka’s leadership group had made plans to use Hasaranga as a floater in the batting line-up – a plan that Hasaranga no doubt approves of, as he identified himself as a batting all rounder after receiving his Man of the Match award. 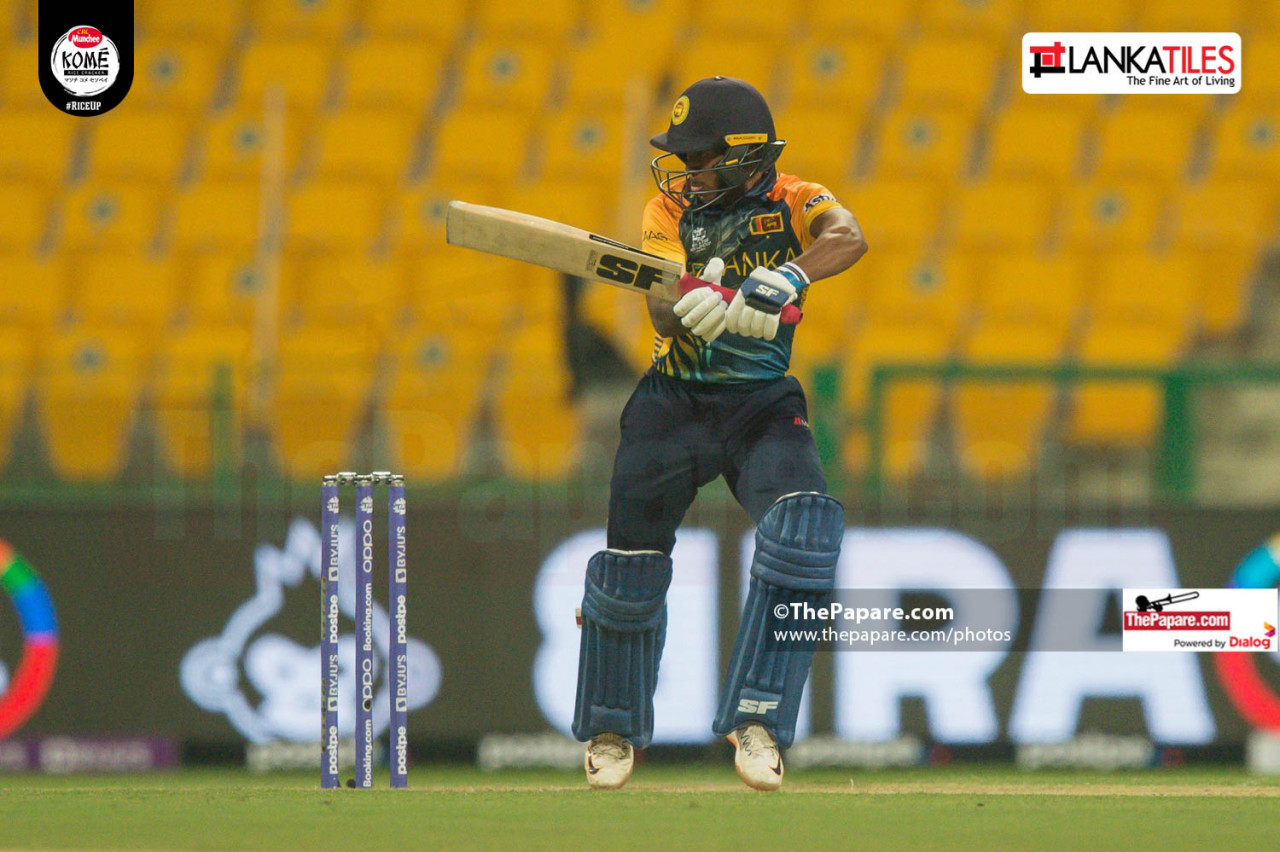 Pathum Nissanka’s last-minute inclusion into the World Cup was a contentious decision and his failure in the 1st game against Namibia only heightened the criticism directed at him. But the diminutive right hander played the perfect foil to Hasaranga to resurrect the Lankan innings.

It had been reported that he had shown some good form in training, but that had not reflected in the competitive games in the recent past, until this one. In full flow, he looked as good as any and also, crucially was able to find the boundary regularly.

The only flaw, if there were any in his innings, was his inability to bring out the big shots later on in the innings.

Opening the bowling with Chamika Karunaratne 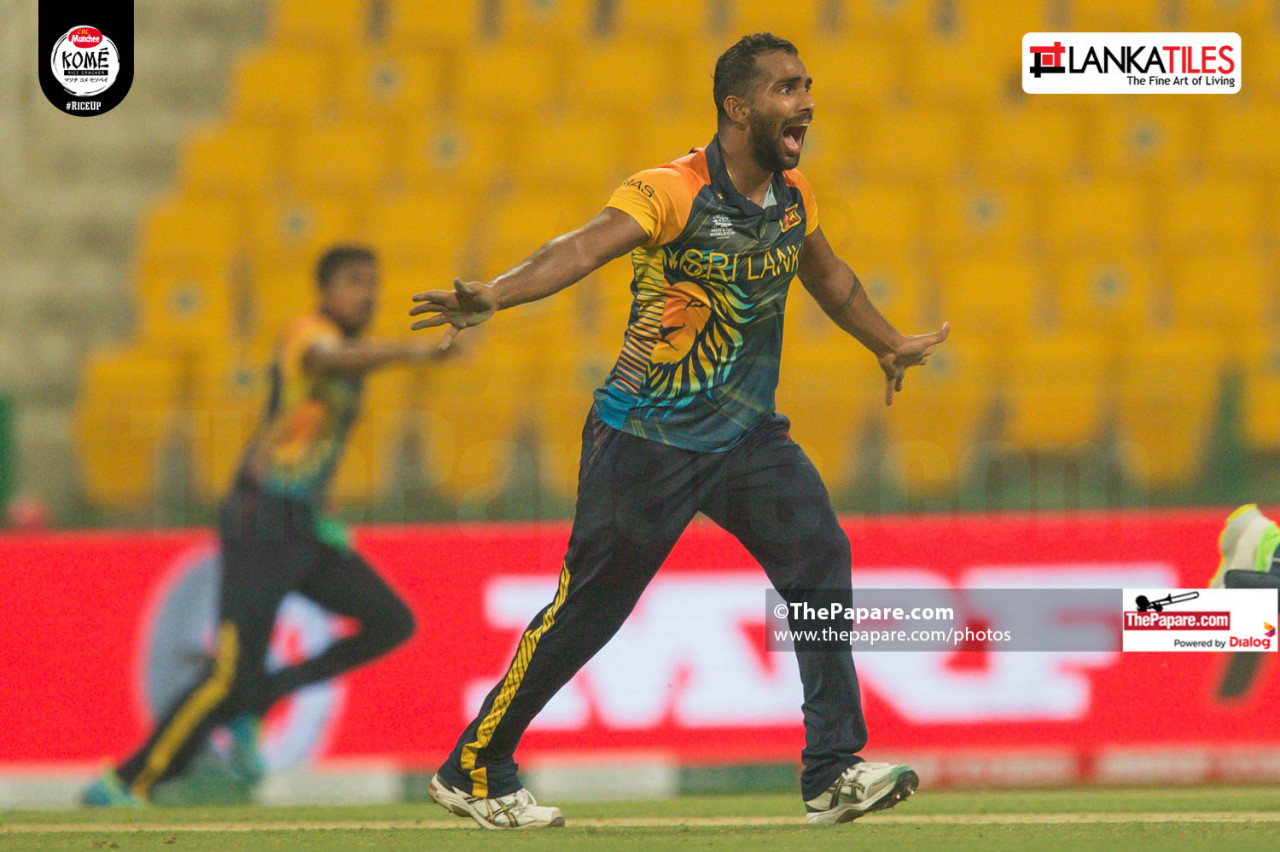 Chamika Karunaratne has come on in leaps and bounds since making his debut earlier this year. At the T20 World Cup, his role includes that of bowling the 1st over for Sri Lanka. Though there may have been a few questioning this move, with Lahiru Kumara and Dushmantha Chameera bowling so well, but Karunaratne seems to somehow manage to create opportunities. He did so yet again in this game. Paul Striling was dropped off his bowling by Bhanuka Rajapakse, but two deliveries later, he sent Kevin O’Brien back to the pavilion. 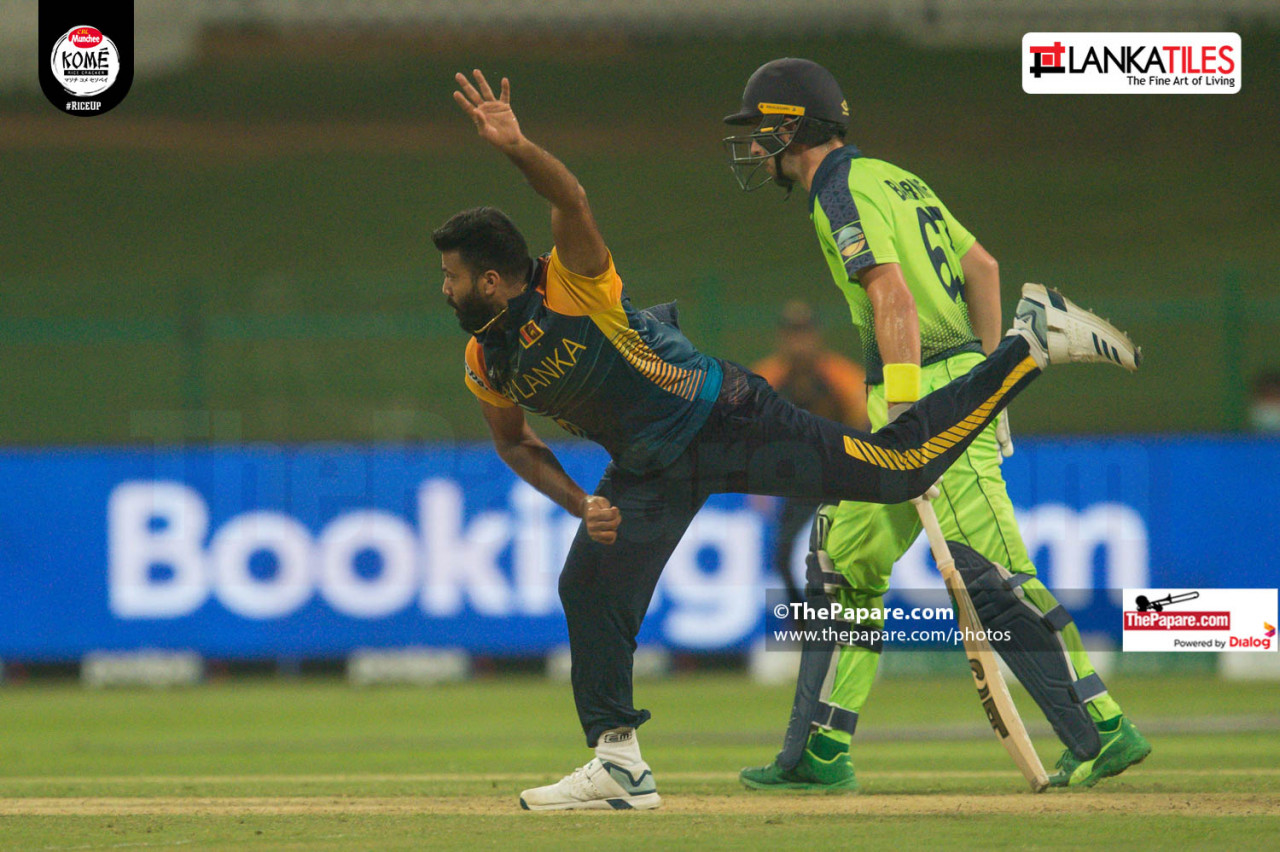 Lahiru Kumara bowled one of the fastest spells by a Sri Lankan in T20Is in this game. While he may have held himself back a little against Namibia – his 1st T20I in a year – he let loose against the Irishmen, hitting the high 140kmphs regularly.

Kumara had a chance missed off his bowling, which went for 6, and an overthrow that went to the boundary, but what was most impressive was that he stuck to his plans and kept his line and length. Known to be someone who sprayed the ball a little, inconsistent in his direction in an attempt to bowl fast, Kumara’s resurgence is encouraging.

Sri Lanka’s ground fielding has been good so far in the tournament, with the players showing lots of energy. However, the catching let them down once again against Ireland. The Irishmen’s 3 most dangerous batters, Paul Stirling and Andy Balbirnie were given chances, with Bhanuka Rajapakse, Dushmantha Chameera and Chamika Karunaratne the culprits. It is an area Sri Lanka will need to improve on as they move to the next round as rest assured they will made to pay in tighter games.