Home Features #SLvBAN Test Series: The good, the bad and the ugly 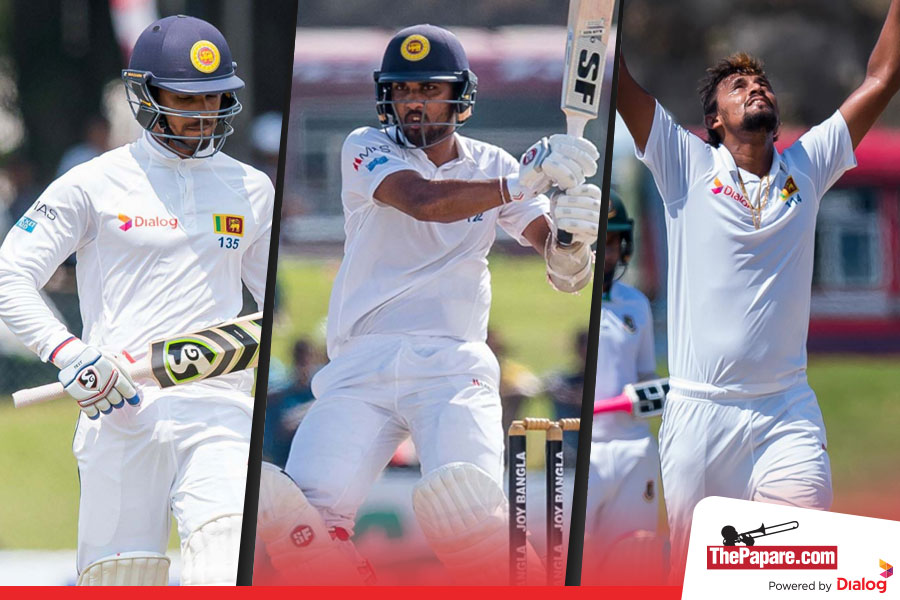 It took Bangladesh 16 years and 18 games to get one over Sri Lanka in the Test arena and they could not have picked a more momentous occasion, achieving the feat in their 100th Test.

Here’s a run-down on what Sri Lanka did right and what went wrong for them in the two Test series.

A centurion in each innings

Despite all the talk about batting being Sri Lanka’s weakness coming into this series, the hosts managed to score 4 innings in total in the 4 innings. What’s most pleasing is the fact that the 4 centuries were scored by 4 different batsmen – the top 4 no less.

While Kusal Mendis’ 194 set the 1st game up and Upul Tharanga’s 115 put it out of reach of the visitors in Galle, Dinesh Chandimal’s 138 and Dimuth Karunaratne’s 116 came in trying circumstances that allowed Sri Lanka to put up a fight in the 2nd Test.

With big contributions coming from the top order, Sri Lanka did not really require the services of a lower order that has proven useful in the past. Ironically it was in the game that Sri Lanka played the extra batsman that they needed the services of the lower order to bail them out. While Rangana Herath and Dilruwan Perera have shown their ability with the bat over the past few series, the way Suranga Lakmal batted in the 2nd Test, where he made 35 and 42, was a welcome surprise.

Altogether the Sri Lankan bottom 4 accounted for 175 runs in the 2nd Test – a particularly important achievement considering the context of the game.

In the 1st innings, Herath and Lakmal partnered with Chandimal to take Sri Lanka from a precarious 195/7 to 305/9 and a subsequent Lakmal-Sandakan partnership took the hosts to a respectable 338.

In the 2nd innings, an 80 run partnership between Dilruwan and Lakmal is the reason Sri Lanka were able to put up somewhat of a fight on the last.

Rangana Herath was back to his best in Galle, blowing the Bangladeshis away to a 9 wicket match bag and nearly took Sri Lanka to a fighting win in Colombo with some help from Dilruwan Perera. 16 wickets in a two match series at an average of 18.00, one could not have asked for much more from the man leading the outfit.

Sri Lanka’s terrible form on the field continued in this series too, with a total of 6 catches going down in the two matches. In the 1st game both Soumya sarkar and Tamim Iqbal were put down earlier on in the innings and both went on to make half centuries, putting on a 100+ partnership for the 1st wicket.

Although the misses did not affect the hosts in the 1st game, one could say the missed opportunities directly contributed to the result of the 2nd game. Shakib Al-Hasan was given 3 lives (two catches and one run-out); he went on to make a century and place Bangladesh firmly on top in the game as they gained a 129 run 1st innings lead.

Although Sri Lanka managed 4 centuries to Bangladesh’s solitary one, the batting continued to be inconsistent. Although Asela Gunaratne and Niroshan Dickwella looked impressive in the 1st innings of the Galle Test, neither made much of a contribution in the rest of the series. Dickwella looked particularly enterprising in the middle but played some rash shots in dire situations to give away his wicket in the 2nd Test.

Of the 4 centurions, only Dinesh Chandimal managed two 50+ scores in the 4 innings, with Karunaratne, Tharanga and Mendis all getting starts in the other 3 innings but failing to capitalize.