The placid wicket in Chittagong surprisingly held together on the 5th and final day as the home side comfortably batted their way to a tame draw in the 1st test match in the Sri Lanka tour of Bangladesh.

5 Days, 24 Wickets, 5 Centurions and a mammoth 1533 runs. This sums up the first test between Bangladesh and Sri Lanka. It was a drag on a placid wicket which offered slow turn and no assistance whatsoever to the seamers. It was a one-sided affair as the batters enjoyed a free flow of runs with utmost ease.

However, the Lankans would have fancied a result in favor of them after taking 3 wickets late on the 4th day. They would have expected some deterioration of the pitch but the that wasn’t the case. It was the same as it was for the last four days and the Bangladeshis found it easy to survive in the middle.

First innings centurion Mominul Haque went on to make another century and became the first ever Bangladeshi to score twin centuries in a test match. He together with Liton Das put together the highest partnership for the 4th wicket for Bangladesh which took away any chance of a result in the match.

The bowlers toiled hard for Sri Lanka. Veteran Rangana Herath was consistent as always but due to the slowness of the pitch he wasn’t as effective as he is on other pitches. Lakshan Sandakan was inconsistent as always. His line and length was all over the place but he had his moments in the game where he totally outfoxed the batsmen.

Sri Lanka were given a sniff when both set batsmen Liton Das and Mominul Haque perished moments away from the tea break. Dhananjaya De Silva broke the partnership when he found the edge of Mominul and it was a brilliant catch by Karunaratne at 1st slip. Liton shortly followed trying to reach his century from a big hit to be ultimately caught by Dilruwan who ran back to catch the high ball.

There were few anxious moments in the batting but skipper and birthday boy Mahmadullah made sure to take his team to safety through a gritty knock down the order. With less than 20 overs remaining in the day both captains shook hands and ended the test match when Bangladesh were 307 for 5 in their 2nd innings. The Man of the Match was awarded to Mominul Haque who scored 281 runs in the test. This was also the highest total ever by a Bangladeshi in both innings of a test match. The batsmen thoroughly enjoyed the five days of cricket and both teams will now move to Dhaka for the 2nd and final test of series on the 8th of February. 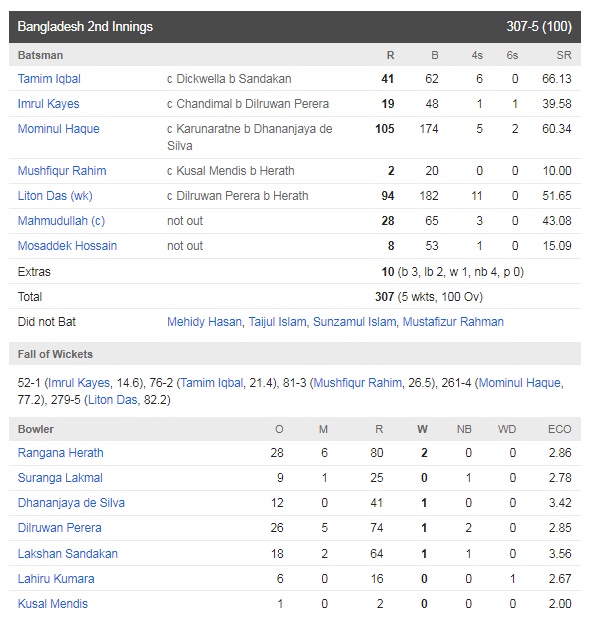 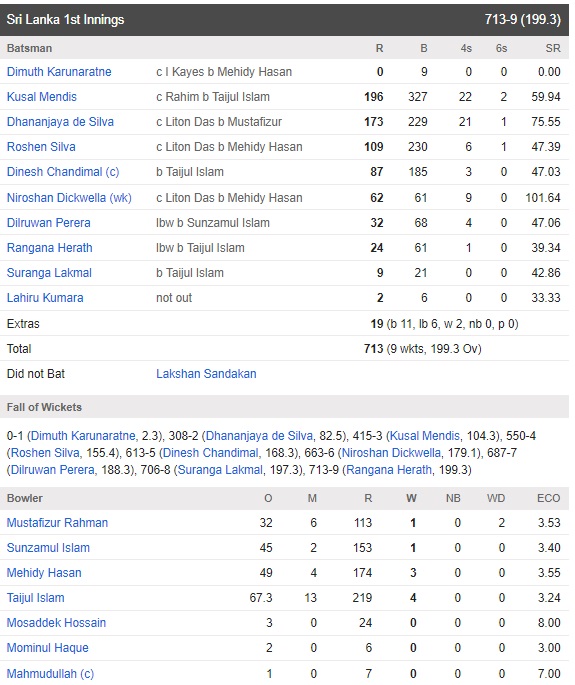 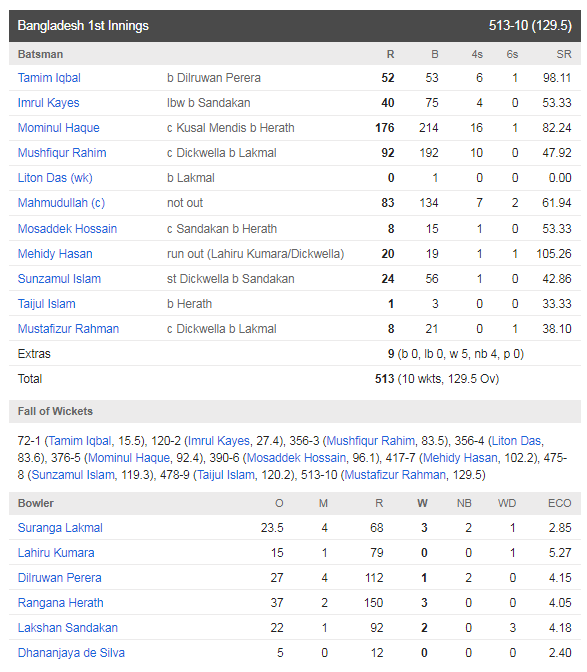 Cambrians edge past St. Sebastian’s to win the 36th One Day...