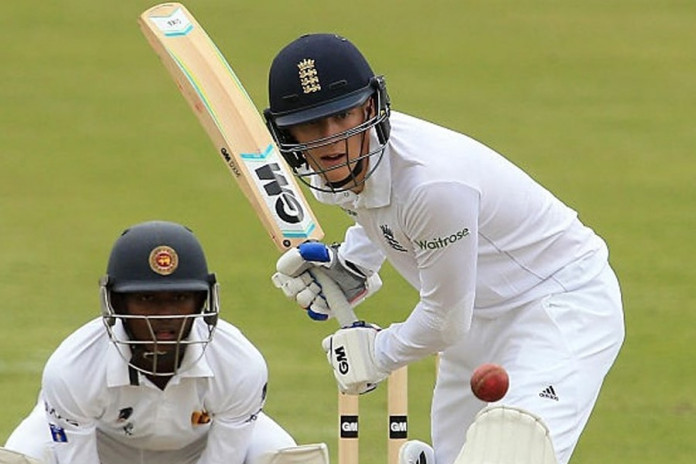 England U19’s post 355 for 4 at stumps on day 1 of the first youth test against Sri Lanka at Cambridge.

It’s an exciting week for Sri Lanka cricket as the national side, the U19’s and the development team kick start their tours. U19’s started off their England tour at Cambridge today. Unfortunately It wasn’t an ideal start for youngsters.

Max Holden won the toss and elected to bat first. It was slow going first up but after losing their skipper for 5 runs, England U19’s recovered well. During the early overs Lankan bowling looked promising but they couldn’t fill in the wickets column to put pressure on the home side.

The highlight of the day was the partnership between George Bartlett and OE Westbury. The pair put up 231 runs for the third wicket which helped the home side take the upper hand on day one. Bartlett scored freely for his 131 which included 13 boundaries and 2 maximums. On the other end Westbury was composed for his unbeaten 157 off 293 balls

For the Lankans, Lahiru Kumara was the stand out with figures of 2 for 72 in 27 overs. He bowled well with the new ball and looked threatening with the older ball as well. Sammu Ashan and Jehan Daniel took one wicket a piece. Not much positives to gain from the first day for the Lankans as England U19’s post 355 for 4 at stumps on day one.