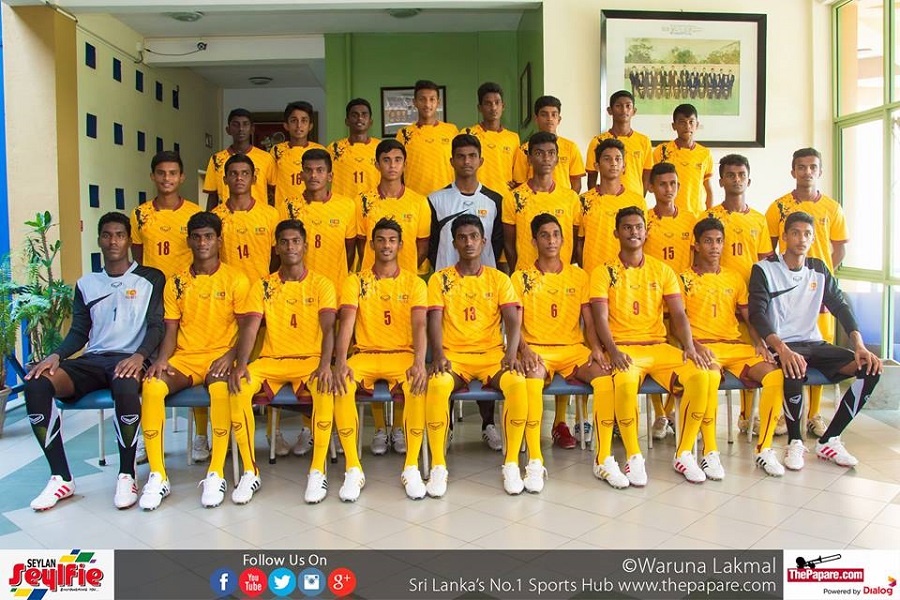 The re-selections for the Sri Lanka U16 National team for the upcoming AFC U16 Championship 2018 qualifiers will be conducted by the Football Federation of Sri Lanka (FFSL) on the 17th and 18th of June 2017 at the City Football Complex.

Initially the selections were to be held on the 27th and 28th of May but due to the adverse weather conditions and floods it was postponed.

The official draw for the AFC U16 Championship 2018 qualifiers took place at the AFC House in Kuala Lumpur, Malaysia.

Players who were born on or after 1st January 2002 from the following areas are expected to be present at the City Football Complex at 7.30am.

Sri Lanka, who will be participating for the 1st time in the tournament, has been drawn in Group A alongside Uzbekistan, Saudi Arabia, Jordan and Bahrain. Uzbekistan was placed 5th in the 2016 AFC U16 Championship while Saudi Arabia was placed 11th.

The ten (10) group winners and five (5) best second-placed teams will advance to the final stage of the tournament, along with the host Member Association. The AFC U16 Championship 2018 qualifiers are set to take place from September 16 to 24, 2017.