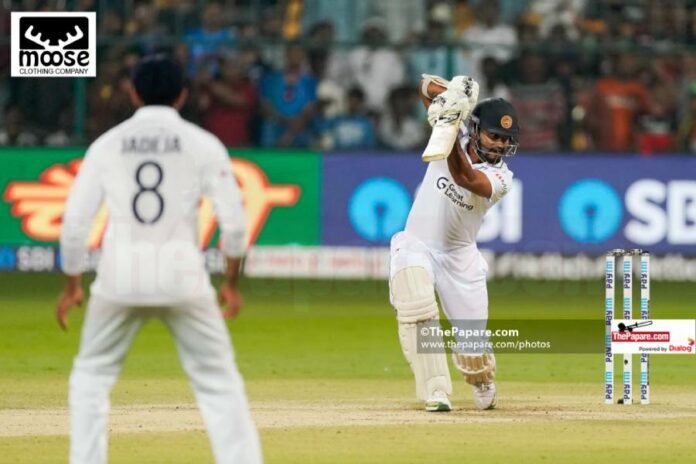 Dimuth Karunaratne made a fighting century, his 14th in Test cricket, but India wrapped things up ahead of dinner on day 3, to wrap up the 2nd Test and take the series 2-0.

Karunaratne had that steely determination about him right off the bat today and together with Kusal Mendis ensured that Sri Lanka didn’t crumble in the 1st session as many would have expected, given how things have panned out in the series so far.

The pair put on 97 for the 2nd wicket, with Mendis in particular looking like he was back to his Test best. Unfortunately for him, Ravichandran Ashwin got one to sneak passed him just after he got to a fifty, breaking Sri Lanka’s resistance.

Karunaratne continued using his feet deftly, ensuring he had the spin covered, putting on a clinic on how to play the turning ball. Unfortunately, he got little support at the other end, Angelo Mathews and Dhananjaya de Silva fell before Tea and while Niroshan Dickwella looked like he was settling in, played another rash shot after the break, giving Axar Patel his 1st wicket of the innings.

The Indians were made to work for the wickets, for the 1st time in the series and looked to be running ragged during the day. As the lights came on though, Bumrah was back to his best and once he got one through Karunaratne it was just a matter of time before things were wrapped up.

With the ton, Karunaratne became the 1st player to make a century in the 4th innings of a day-night Test. Another milestone came for Ashwin, the off spinner moving past Dale Steyn on the all-time top Test wicket-takers list into 8th place, with 442 wickets. 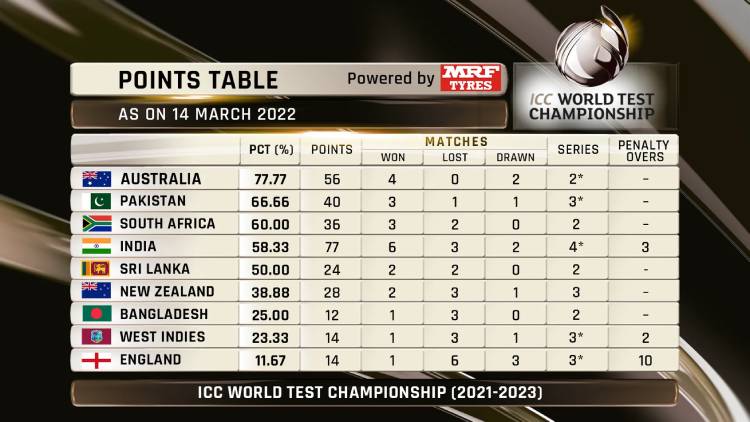