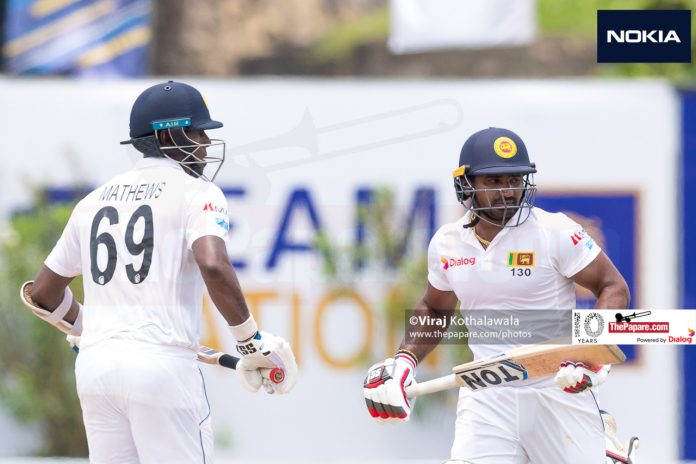 A 16-man squad for the upcoming 2-match Test Series against England, was named today. However, despite being a name among the 16, Wanindu Hasaranga will not be part of the series due to an injury he sustained during the recently concluded T20I Series against West Indies.

Apart from this change, the remaining 15 are the same members who toured Zimbabwe early this year. Kusal Perera, who was initially dropped from the team, surprising the entire Sri Lankan cricketing fraternity, has been recalled and replaces Lahiru Thirimanne. Thirimanne, who was taken in place of Perera to Zimbabwe, was interestingly benched from both games and has also been axed from the squad this time round.

Former Skipper Dinesh Chandimal has been retained, despite a poor outing in Zimbabwe. He has scored just 1 half-century in 6 innings in the 4 games he has played since his return to international cricket after a layoff due to injury.

Kusal Perera’s inclusion puts more pressure on Chandimal’s place on the team, as he is the most likely contender to have to make way if Perera is to be slotted in. Perera, being a wicket-keeper, has also made regular wicket-keeper Niroshan Dickwella to step up his game as he has had some consistent performances. Perera is also in a race to become fully fit before the 1st Test after the injury he sustained during the most recent T20I series against West Indies.

The bowling department has undergone major change in addition to the inclusion of Hasaranga. However with him being ruled out, a replacement is to be named before the start of the 1st Test. Hasaranga being named as part of the 16 despite injury also reveals how he is not considered merely as a limited overs bowler, but is also in the Test plans of the national selectors.

Video – What do the international cricketers do during a lockdown?