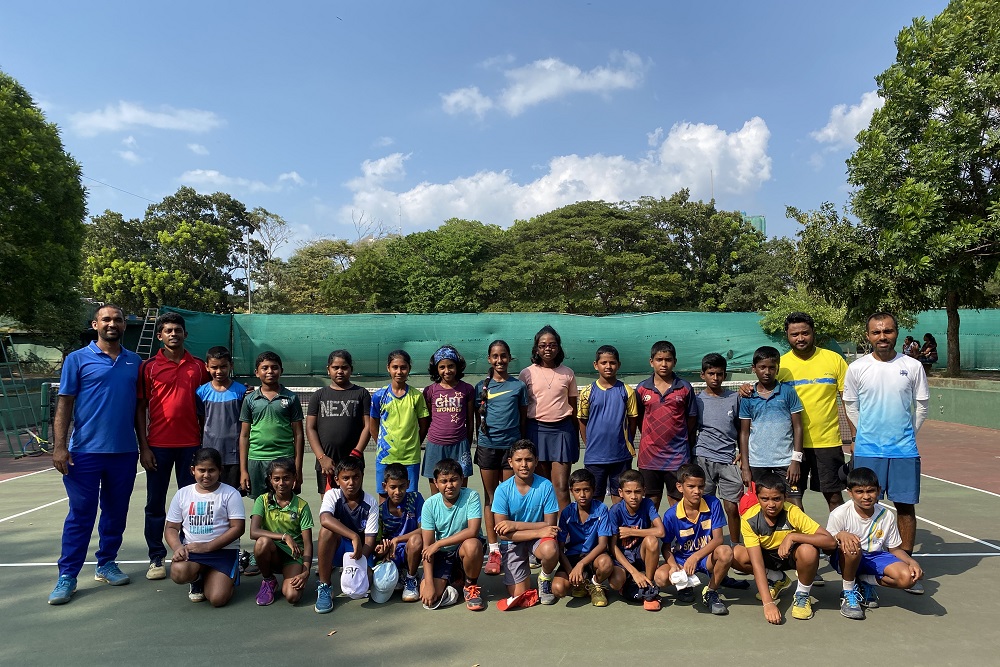 The Sri Lanka Tennis Association is going the miles in search of the next big talent in the sport, only this time they have managed to reach the outskirts of the island with a new initiative.

Sri Lanka lose their best due to travel ban

SLTA has been running an outstation training program for the past two decades, reaching the mass community to bring out the best players to the national stage, from across the island. As a development to that, this new drive is the brainchild of Head of Development at the Sri Lanka Tennis Association (SLTA) Mr Barathi Chris Pillai, with the fullest support from SLTA’s president Mr. Iqbal Bin Issac and Secretary General Mr. Pradeep Goonasekara.

SLTA has generally invested in many outstation programs over the years. These programs are designed around 12 main regions including Batticaloa, Jaffna, Kurunegala, Kandy, Negombo, Bandarawela, Matale etc. while Trinco and Badulla are next to be tapped in the program.

Players from 12 regions gathered at the SLTA today (25th January) to take part in a training camp and player analysis program over two days with one of the Regional Development Officials, Mr. Hari Prashanth spearheading the camp. Mr. Athauda Prasanna and Mr. Tharaka Fernando are his associates in conducting this two day camp.

12 regional coordinators are initially in charge of enrolling young kids in the 10 & under and 12 & under Age groups, later picking out the best to send through to these targeted coaching camps. From 76 shortlisted players, 20 of the best players will then be selected to train in the Outstation National Pool who will go through dedicated training and fitness camps in both their regions and the SLTA throughout the year.

Head of Development at the SLTA, Mr. Barathi Chris Pillai had this to say on the initiative.

“The purpose of the project is to identify the top players in the country and to guide them and support them to be a part of the Sri Lanka National teams of Under 12, 14 and 16. The Goal is to get these players representing the country in the Junior level to begin with. Many great players have emerged from these outstation programs in the past including National champions Anjalika Kurera and Nishangan Nadarajah so this is a great way to widen our search for the cream of Tennis in Sri Lanka”