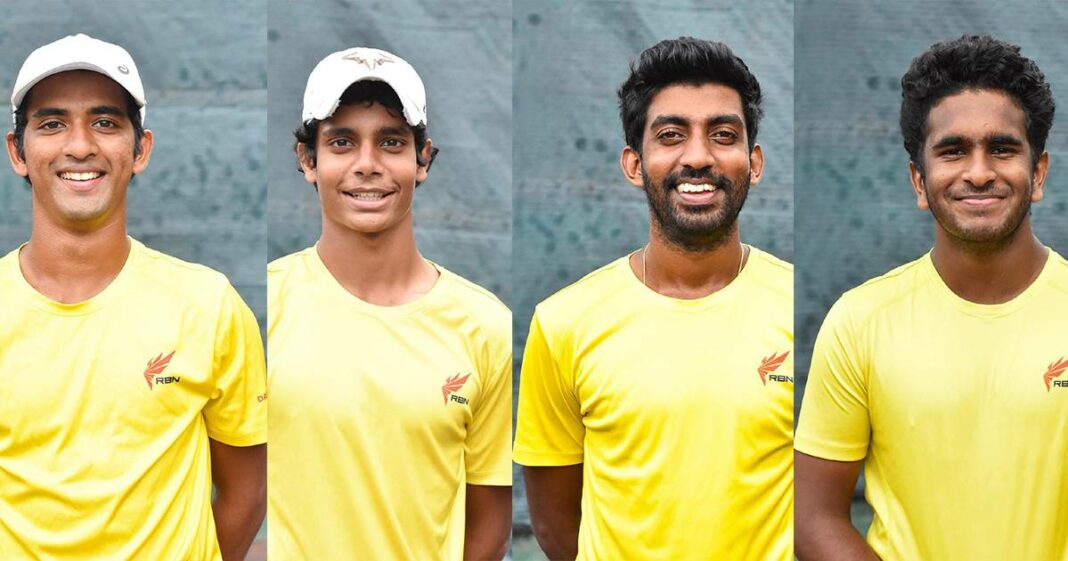 A young team of 4 will represent Sri Lanka at the 2021 edition of the Davis Cup Tennis Championship from 15th – 18th September in Amman, Jordan.

Former Davis Cup player and experienced coach Renouk Wijemanne will lead the team as the Nonplaying Captain. The Sri Lanka Team for 2021 comprises of returning player Yasitha De Silva, Thehan Wijemanne, Vibuda Wijebandara and Chathurya Nilaweera. The team departed the country on the 7th of September to follow the necessary quarantine period and other COVID precautions set by the host nation.

8 other nations will compete alongside Sri Lanka in this Asia/Oceania Group III fixture, with the three top nations set to qualify for the 2022 World Group II Play-offs.

The following nations will be competing in Jordan:

Three pools of three teams will contest the round-robin stage of the event. The top two teams in each pool will play-off, with the three winners earning promotion. The bottom team in each pool will be relegated to Asia/Oceania Group IV.

This will be Sri Lanka’s 61st entry into the Davis Cup Tennis Tournament with the inaugural competition being in 1953. Bernard Pinto and Harshana Godamanne hold the record for the most years played for Sri Lanka, both having competed in 17 editions.

Harshana Godamanne also holds the records as the Sri Lankan with the most total wins (75-28), most singles wins (46 – 17), most ties played (55) and a couple of other Doubles records held with long term partner Rajeev Rajapakse.

Last year’s World Group II tie against Paraguay ended in a 4-0 loss for the Lankans which saw them relegated to Group III this year.

We will bring you results and live updates from Sri Lanka’s run in Jordan so make sure to keep it logged on to ThePapare Tennis.