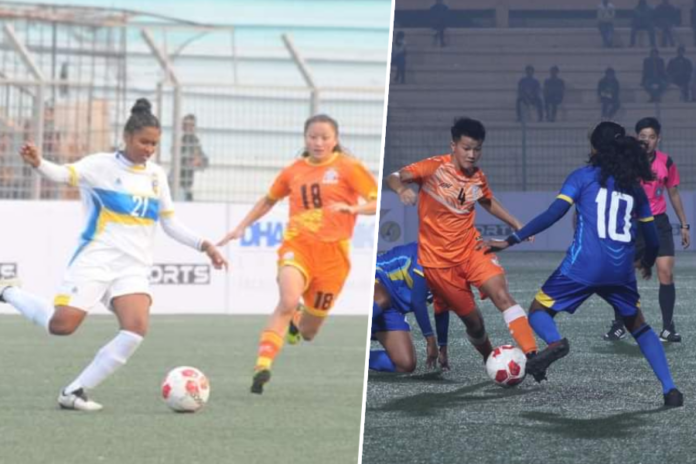 Sri Lanka U19 Women’s football team had a forgettable SAFF U19 Championship as they were handed massive defeats in all the games they participated in at the tournament.

Sri Lanka, participating in the tournament for the first time, faced inst Bhutan on 11th December.

Bhutan registered a comprehensive win against Sri Lanka scoring 5 goals. Bhutan players put the pressure on the islanders from the beginning as Pema, Tshering and Sonam managed to score 4 goals in the first half of the match.

In the second half of the match, though Sri Lankan defense managed to hold a bit better, due to an own goal from Senavige, Bhutan scored their fifth goal of the match.

Sri Lanka met their neighbors India in the second game but they suffered another huge defeat as they went down 0-5. Indians were all over the islanders in the first half of the match as they scored 4 goals with Santosh, Estrocio and N Linda getting off the mark for India.

In the second half of the match, Sri Lanka showed some resistance compared to the first half as India scored only one goal with Priyangika scoring India’s fifth goal of the match in the 82nd minute.

Sri Lanka’s third opponent of the tournament was Nepal where they were handed another defeat with a similar score line.

Sri Lanka’s poor run in the tournament continued specially in the first half of the game where their defense was exposed very badly.

Nepal players Rashmi, Sabita and Menuka scored 3 goals for Nepal in the first half putting pressure on Sri Lanka early in the game. They continued attacking even in the second half as Rajani, Saloni and Rashmi scored another 3 goals for Nepal extending their total goals to 6.

Sri Lanka faced the hosts Bangladesh as their last opponent in the league stage but it was a disastrous day for the young Sri Lankan ladies as they suffered their biggest defeat of the tournament with Bangladesh scoring 12 goals against them.

The hosts managed to score 4 goals in the first half where Rituporna scored two of them. Bangladesh continued their domination in the second half as well scoring 8 more goals with Afeida managing to score a hattrick of goals.

Sri Lanka U19 Women couldn’t score a single goal throughout the tournament whereas their opponents scored 28 goals in total against them. Details of their training and preparation ahead of the tournament are unclear at this point.