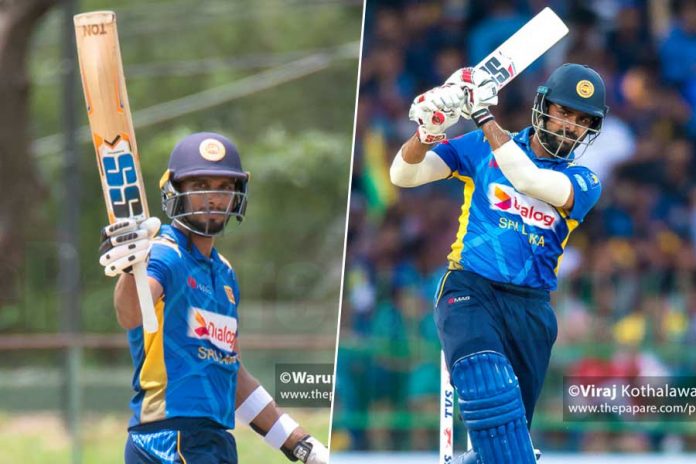 The Sri Lanka ODI and T20I squads for the upcoming tour of Pakistan has been announced by Sri Lanka Cricket with wholesale changes to the team that played the recently concluded Bangladesh and New Zealand series’.

The ODI squad will be led by experienced campaigner Lahiru Thirimanne who has already captained Sri Lanka in 3 ODIs, all the way back in 2015, as skipper Dimuth Karunaratne has decided to make himself unavailable for the Tour of Pakistan.

Apart from Sri Lanka’s regular ODI captain Karunaratne, Kusal Perera, Angelo Mathews, Dhananjaya de Silva, Akila Dananjaya and Thisara Perera will also not to feature in the ODI squad despite they being included in the previous series against Bangladesh.

The selectors have been forced to make changes to the team after 10 senior players, including the previously mentioned players have opted not to tour Pakistan later this month due to safety concerns. Niroshan Dickwella, Dinesh Chandimal, Suranga Lakmal as well as Lasith Malinga; the regular captain of Sri Lanka T20I team, are the other players who have opted out of the upcoming tour.

Video – Sri Lanka vs Pakistan – A Cricketing brotherhood like no other

After the 2009 terrorists attack on the Sri Lanka cricket team, this will be the second time Sri Lanka will be visiting Pakistan and this will the longest stay by a major team for a tour in Pakistan after the unfortunate incident.

Kusal Mendis will not be touring Pakistan too after sustaining an injury in the 2nd T20I vs New Zealand; he has been ruled out for 6 weeks.

The new look ODI squad includes uncapped Minod Bhanuka, who has been given the chance to make an impression at the international stage while Danushka Gunathilaka, Sadeera Samarawickrama, Angelo Perera and Oshada Fernando have been recalled to the ODI squad after being omitted a few months ago.

The ÒDI squad consists of 6 specialist batsmen, 6 specialist bowlers, and 3 all-rounders. The pace front will be led by Nuwan Pradeep with the assistance of Isuru Udana, Kasun Rajitha and Lahiru Kumara while Lakshan Sandakan and Wanindu Hasaranga will be the main assets in the spin department.

Meanwhile, with the absence of Lasith Malinga for the tour, Dasun Shanaka has been given the responsibility of guiding the Lions in the field in T20I series. This will be Shanaka’s first stint as Sri Lanka skipper in an international fixture.

The only two changes in the T20I squad from the one-day squad are Thirimanne’s omission in place of uncapped Bhanuka Rajapaksha and inclusion of Lahiru Madushanka.

Sri Lanka will play 3 ODIs and 3 T20Is in Pakistan. The ODI leg of the tour is scheduled to start on the 27th of September at Karachi.