Sri Lanka recovered from a shock loss in the first ODI to record a resounding 7 wicket win over Zimbabwe to level the series 1-1.


The win was set up by Lakshan Sandakan who was named man of the match for his four crucial middle order scalps, before debutant Wanindu Hasaranga cleaned up the tail with a hat-rick to restrict the visitors to 155 all-out at the Galle International Cricket Stadium.

Upul Tharanga guided the run chase with an unbeaten 75*, following up on his unbeaten half century in the 1st ODI as him along with skipper Angelo Mathews put on an unbroken stand of 81 to take Sri Lanka home.

We picked some of the best moments captured by ThePapare’s Sameera Peiris.

1  Malinga trying to hide his emotions 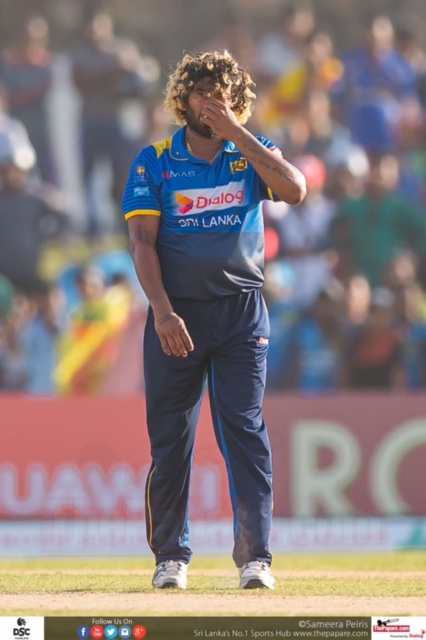 Sri Lanka’s fielding was in focus after a poor show in the opening game. Lasith Malinga induced an edge off Hamilton Masakadza in the opening over only to see Kusal Mendis spilling a simple chance in the slips.

2  Asela Gunaratne; the man with a golden arm 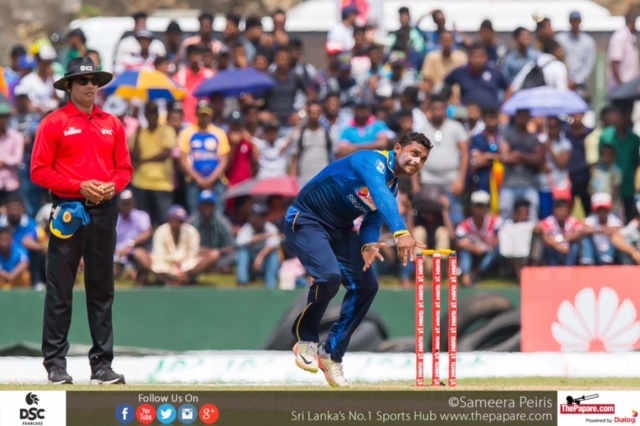 Zimbabwe raced along to 67 for 1 before Asela Gunaratne held onto a brilliant catch off his own bowling to dismiss Masakadza for 41 and to open the floodgates for Sri Lanka.

3  Lakshan Sandakan spun his web around the Zimbabwean middle order 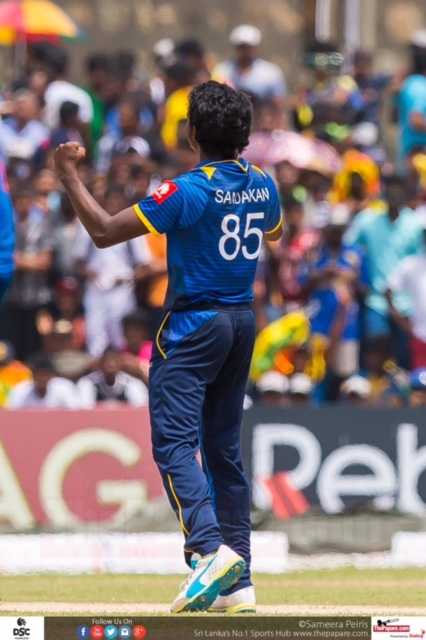 Sandakan’s career best figures of 4/52 destroyed the Zimbabwean middle order as most of their batsmen struggled to pick him.

4  A dream debut for the hometown hero 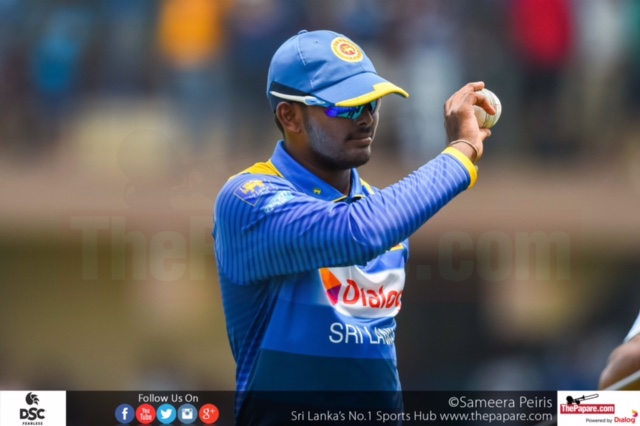 Debutant Wanindu Hasaranga’s first two overs in international cricket hardly looked threatening. His first ball of the third over was thrashed to the boundary by Malcolm Waller. It was a fairytale for the man playing in front of his home crowd from there on, as he picked up three wickets in the next three balls to become only the third player in the history to pick up a hat-rick on debut. 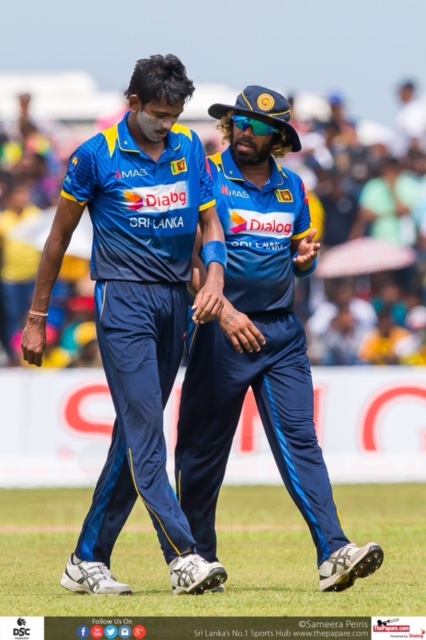 One of Sri Lanka’s most exciting and young fast bowling talents, Dushmantha Chameera appeared in Sri Lankan colours for the first time in 2017 after a long injury layoff.  Elder statesman Malinga in his ear. 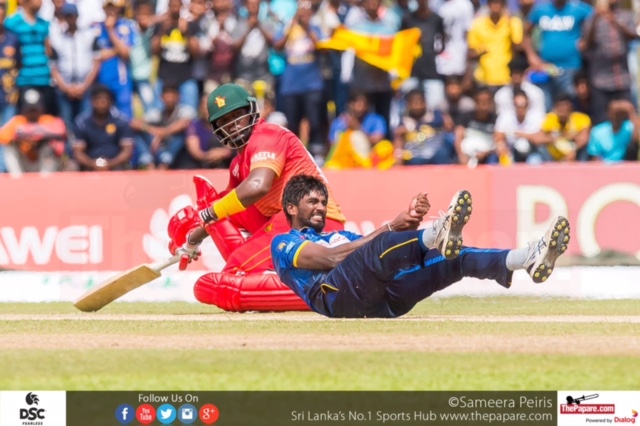 Pradeep started off things well for Sri Lanka with the wicket of Solomon Mire, the centurion from the 1st ODI.  His figures read as 1/18 in 7 overs at the end, but his efforts in the field were brilliant as he held on to two brilliant and important catches. 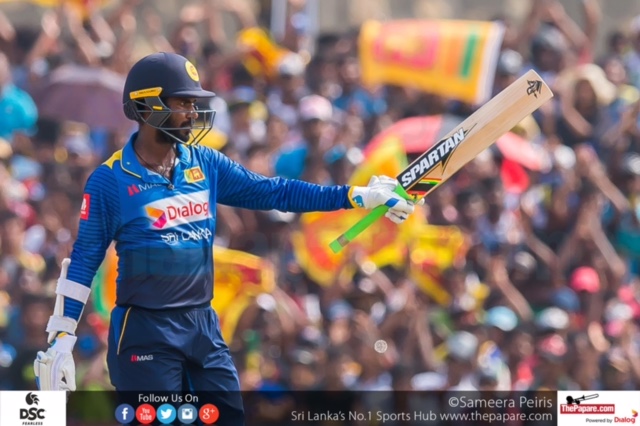 Upul Tharanga hit his third consecutive ODI half century while guiding the run chase with an unbeaten 75* after a couple of early hiccups. He has been shuffled up and down the order in the recent past but he has been a real team man for Sri Lanka as the skipper Angelo Mathews pointed out after the game. 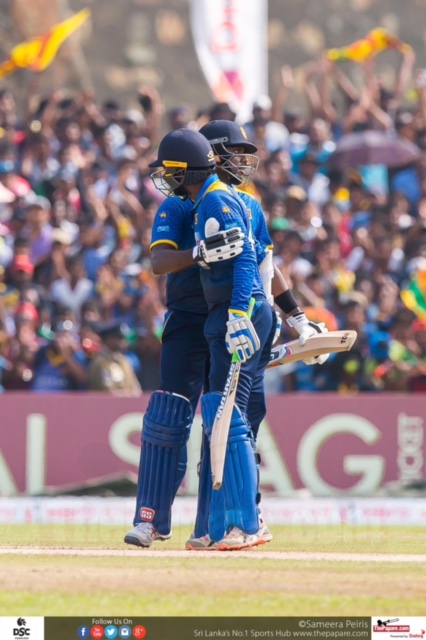 The captain, Angelo Mathews and the vice captain, Upul Tharanga guided the team home with an unbroken stand of 81, as Sri Lanka cruised to a seven wicket win to level the series 1-1.