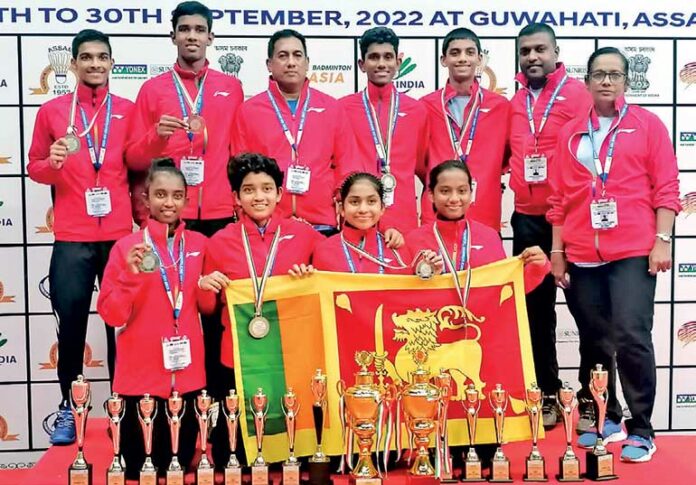 The finals of this encounter was held at DeshbhaktaTarunram Phookan Indoor Stadium at RC Barooah Sports Complex in the North Eastern Indian city. Hosts India secured the Championship title in both under 15 and under 17 age groups whilst Sri Lanka secured the runner-up.

Mihila Jayaweera and Nethmi Ratnayake secured the bronze medal after loosing to Koundilya Prateek and Bhatoye Naishaa Kaur of India in the semi-finals [21-14,21-16]. Thejana Herath and Pawani Illepermaarachchi booked their spot in the finals and played against Garg Abinav and Andluri Tanvi of India. India dominated the match with a score line of 21-9, 21-7. Jayaweera and Herath were knocked out from the quarter-finals stage in the boys under 15 singles.