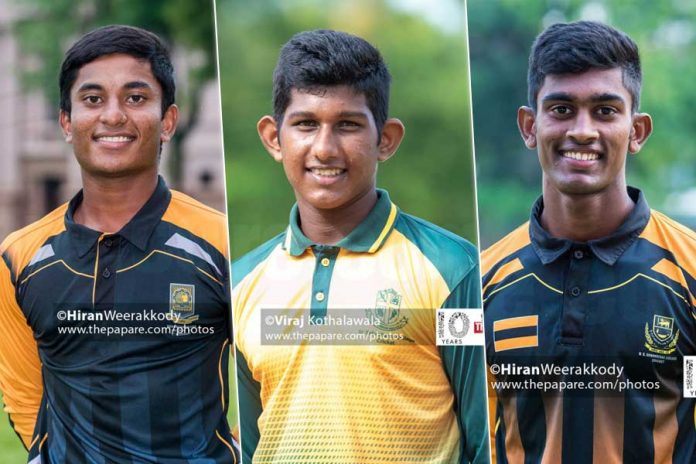 The Trinitians won the toss and elected to bat first, but the bowlers from Moratuwa, Hirumal Perera, Ashan Fernando and Crishane Perera soon struck to dismiss the Kandyans within 43 overs. Right-handed batsman Ranuda Somarathna held his nerve to play a valuable knock of 87 to take Trinity to 164.

The Sebastianites chased the target easily as they were 159/6 in 41.1 overs when the rain started to fall to bring the game to an early finish. The Sebs were already in front of the required target by 6 runs and qualified for the semi-finals.

The tournament is narrowing down and so is their leverage for mishaps! #SchoolsCricket

The Royal vs Mahanama battle saw Mahanama assert their dominance at the St. Sebastian’s College grounds after a comfortable chase to qualify for the semis.

The Royalists couldn’t capitalize on the toss as they batted first and crumbled for a cheap 135/9. Sachira Weliwatte’s unbeaten 43 took Mahanama home in just 31 overs with 7 more wickets left.

D.S. Senanayake College succeeded over Nalanda in a thumping win by 9 wickets at the St. Joseph’s College Grounds in a rain-interrupted match.

The Nalandians were crushed by the Maneendra Jayathilake and Amitha Dabare duo with the ball, as they were responsible for 7 quick wickets. As a result of that, Nalanda College U17 team were all out for 137 inside 39 overs.

D.S only needed 3 batsmen to chase that down as Amith Dabare, who had already taken a 3-wicket haul scored a stroke filled half century while Abhishek Liyanarachchi guided them home with an unbeaten 56.

DS Senanayake College won by 9 wickets (revised target due to rain: 136 from 46 overs)

D.S. Senanayake College and Mahanama College will meet in the semi-finals while St. Sebastian’s College will battle it out for a spot in the final against the winner in the quarter- final between St. Joseph’s College and S. Thomas’ College.