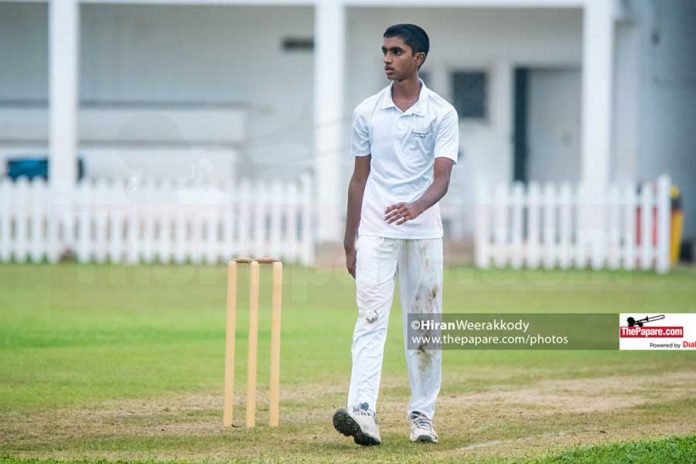 The Thomians hosted the Kalutara school at Mt. Lavinia where they won the toss and opted to bat first.

It wasn’t the most convincing innings by the hosts as the school by the sea stuttered their way to a below-par 162 runs for the loss of 9 wickets.

Nalanda, Joes through to quarters

Anuk Palihawardane topped the batting with 26 runs but he couldn’t capitalize on the start he got. Athnath Jaleel (25) and Isuru Madawala (22) followed his footsteps.

It was a collective effort from the Kalutara boys with the ball in hand as Pramith Charuka, Sandeepa Fernando, Shavin Anuka and Pawan Gunathilake picked up 2 wickets each.

But when the game got to its second lease, Palihawadane and Maneth Perera completely stole the show. The duo bowled well in tandem as each of them claimed 4 scalps to their names.

The Kalutara Vidyalaya batsmen fell in clusters as only Nishara Fernando made a noteworthy contribution of 28 runs.

That marked the end of the run for the boys from Kalutara in this year’s tourney.