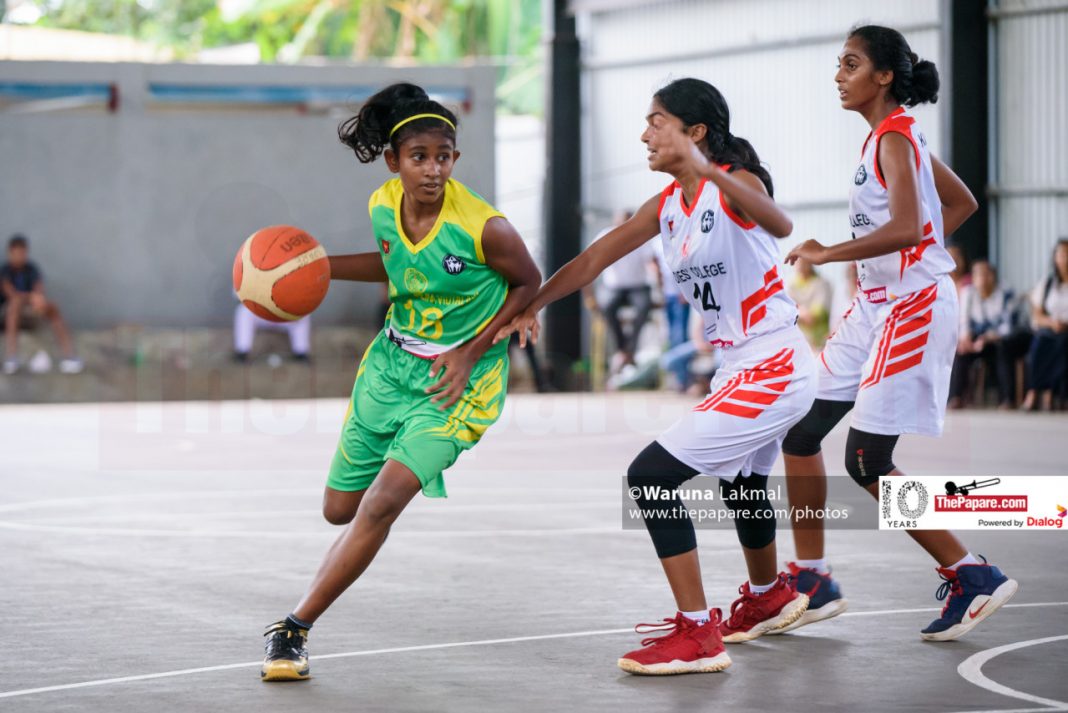 The ‘B Division’ boys third place match was played between St. Michael`s College – Batticaloa (SMC) and St. Sebastian`s College (SSC). SMC topped the cards in a three-point win at full time. Maiden quarter scoreboard was at 15 apiece. Into the second quarter, SMC scored another 15 points in reply to the Sebs’ 14 and led the game by a point, 30-29 at half-time.

After the ten-minute break, SMC scored a game-high of 27 points which helped them to cement their position towards winning the game. Even though, the offense was free flowing, the defense leaked 19 points which put SSC away in an arms-length.

In the final quarter, SMC managed only 08 points and SSC added 14 points hoping to make a come-back, but the third quarter haunted them at the final whistle. Full time scores read, 65-62.

The ‘B Division’ girls third place encounter was plated between Ladies` College (LC) and Maliyadeva College – Kurunagala (MCK). MCK registered an 08-point win as the scores read, 45-53 at full time.

MCK got into rhythm early in the game scoring 19 points in the maiden quarter. LC only managed 08. Going into the second quarter LC did make a come-back scoring 14 points. Even though the offense was tight, the defense leaked too many points. MCK went on to add 07 and 13 points in the second and third quarters respectively.

Going into the final six hundred seconds of the match, both the teams fought valiantly, but, MCK topped the quarter by a point, 14-13.

The ‘C Division’ girls third place encounter was played between Bishop’s College (BC) and Devi Balika Vidyalaya (DBV). Bishopians’ were 07 points short at full time as the scores read, 20-27.

DBV led the game in the first quarter by 07 points and went on to lead the game by 09 points at lemons. It was only in the third quarter BC girls did score double figures, but, their lapses in the first half performance affected them at the end.

It was SIS who led the first quarter scoring 19 points in reply to the 14 points of SACW. Going into the second and third quarters of the match SIS did not show the same intensity as they were outsmarted by the opposition. In fact, SACW went on to score a game-high of 22 points in the penultimate quarter.