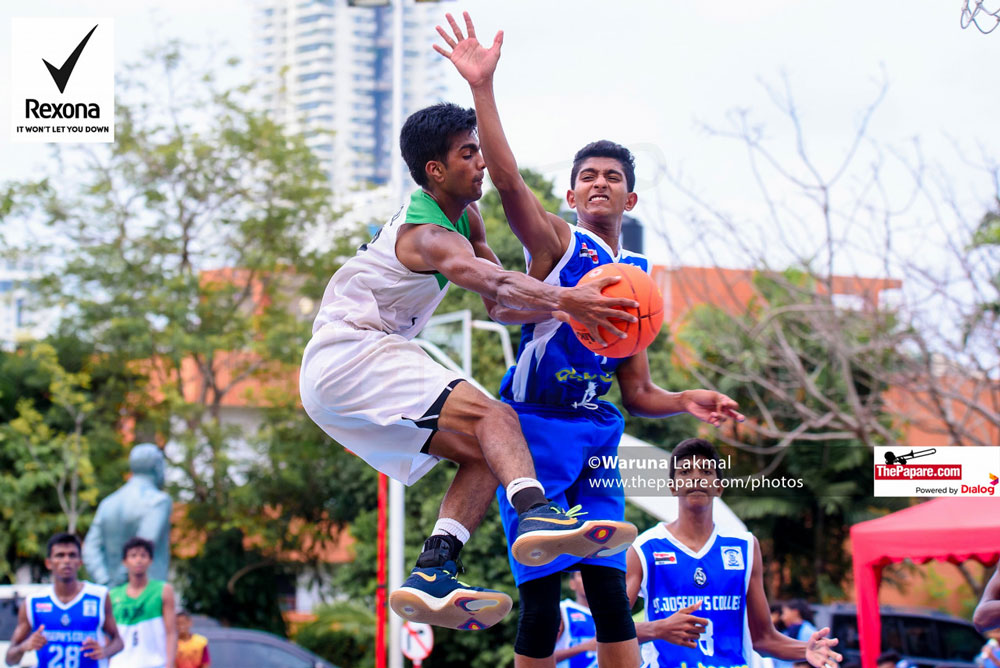 AIS got off to a solid start scoring 28 points to SJC Wattala’s 10 points in the first quarter, and kept up the scoring pattern in the subsequent quarters as the match ended 125-53 in favour of AIS. SJCW fought back strongly in the fourth quarter to score 24 points, after being outscored by 66 points in the first three quarters. This allowed SJCW to score 22 points to AIS’s 25.

Joel Perera and Sabesh Sathyanatham were the main offensive players for AIS, scoring 24 and 12 points respectively. Bevan was the highest scorer for SJC securing 25 points for his team.

The second game of the day went in favour of GCC, winning by 30 points, with a final score line of 90-60. Chenuka Ksathuriarachchi and Mirtesh Thurairajah were the highest scorers for GCC securing 18 and 14 points respectively for their team. Senan Godallage was the main offensive player for AC scoring 22 points for his team.

The game tipped off with an easy under the basket for the Rajagiriya boys. However, AC retaliated with a three pointer by Senan Godallage. It was an easy game with GCC dominating the rebounds and making easy baskets to a get an early lead.

Chenuka Kasthuriarachchi of GCC played with ease as he managed to dribble past his defenders for easy layups. Mirtesh Thurairajah of GCC shot 3 baskets of three pointers to give GCC a sustainable margin.

The game was fast paced as both the teams were energetic. When the last quarter began the Maradana boys gave a hearty fight at the start, but the defense from the boys in Blue managed to put AC at a halt and give GCC the win.