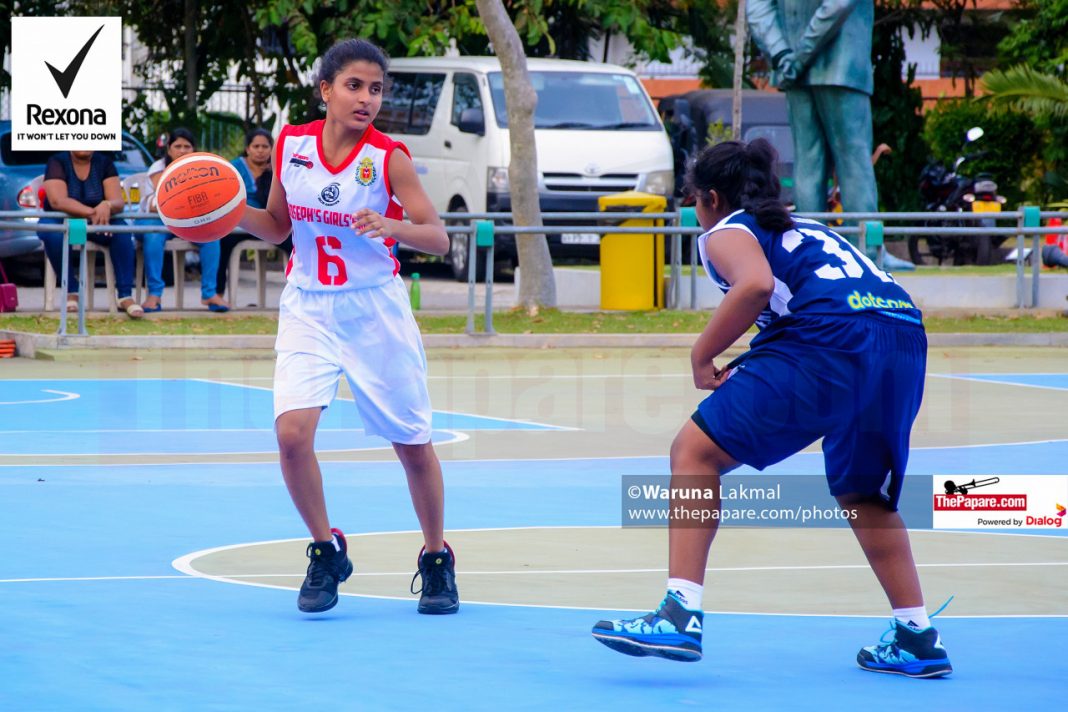 From the tip-off it was a slow start to the game with the court being damp. Both sides struggled to find the net but SJGS drew first blood in the game after 04 minutes.

Later into the middle of the quarter SJGS implemented a half court press to pressurise the opposition. This proved to be effective which allowed SJGS to gain some steals and convert them into points on the other end via fast breaks.

Due to this, PGS continued to struggle to score points. Thus, SJGS gained the better of rebounds when PGS kept missing shots. SJGS closed the quarter with 27 points while the opposition only managed a couple.

Towards the next part of the first half SJGS continued the same rhythm. Scoring more effectively and exerting more pressure on the defence, PGS did not seem to have a solution to penetrate the tight defence, which increased the lead to 41 points.

The remaining half of the game was quite the same as before. PGS were drenched at the hands of a superlative performance by the Nugegoda girls.

SJGS scored comfortably, shots from the mid-range, lay ups and behind the arc shots, put up the lead to 46 points.

Assistant Coach 0f SJGS Shalini Perera speaking to ThePapare.com said, “We played the defence and offence really well. However, there were few mistakes in the offensive aspect which we corrected later in the game. It was good teamwork by our players which lead us to a comfortable victory”.