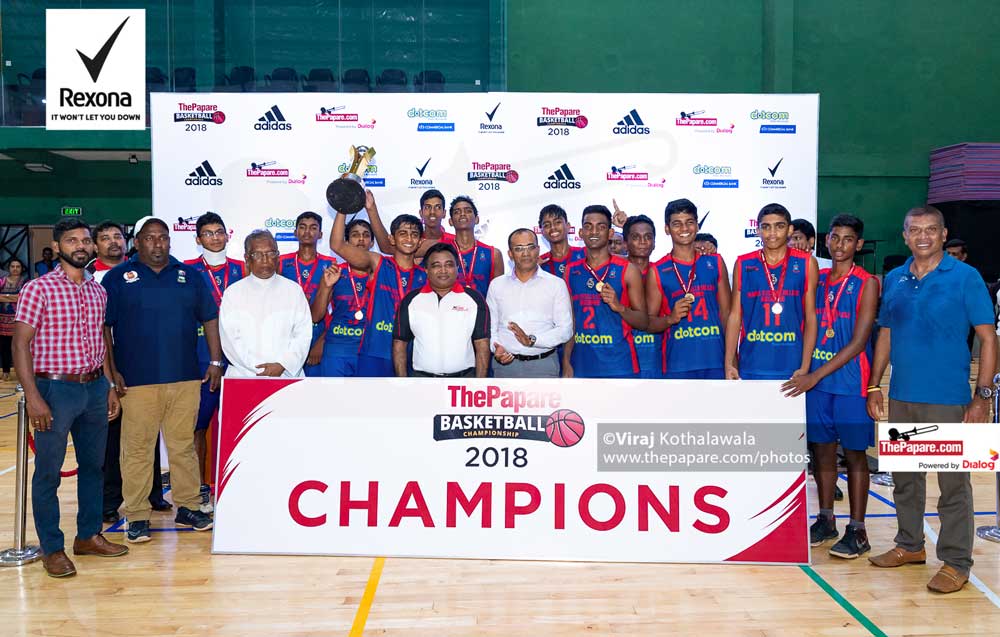 It was a truly intense game as was expected. Both teams struggled to find the net in the opening minutes of the game until Chenuka De Alwis drew first blood via free throws in favor of MSC.

Nevertheless, with STC possessing the height advantage with the likes of Aaron Fernando and Dunal Fernando in their line-up, STC managed to get more offensive boards and score second chance points to edge a 2 point lead at the end of the 1st quarter.

Scoring continued to be tough for both teams in the 2nd quarter. MSC took an early lead in the 2nd quarter but STC came roaring back thanks to Dunal Fernando’s offensive boards and a shot from downtown from Elkan Fernando to extend their lead to 3 points at half time.

MSC were under a lot of pressure coming into the finals for the first time to face a former champion but they looked calm despite being behind and waited for the right moment to go on the attack.

Their offensive tactics eventually worked as the ball began to find its way to the 3 point specialist Malshan Rumaiz, enabling him to shoot a couple from behind the arc in the 3rd quarter.

Malshan continued to score by hitting mid rangers and floaters as MSC took the lead by 2 points at the end of the third quarter. It must be noted that the move to bring in Mithila Alwis at half time made a huge impact in limiting Dunal Fernando taking rebounds, thus limiting the scoring pace of STC.

Down to the wire with 10 minutes remaining in the game, STC’s Aaron Fernando stepped up getting more points from the free throw line to retake the lead.  Nevertheless MSC’s star player for the night Malshan was relentless and continued to score as MSC took the lead once again.

Into the last moments of the game MSC simply ran off the clock and similar to what they did against AIS in the semifinals.  As both teams were in foul trouble due to team fouls it was a matter to be decided as to who scored the most free throws with the chances given. MSC took their chances, converting more shots than STC and with 12 seconds remaining on the clock MSC maintained their 3 point lead.

With the last possession in STC’s hand, unfortunately an attempt from Yasiru Bimantha behind the arc to tie the game went out hitting the ring and Chenuka De Alwis getting the defensive rebound was fouled by Dunal Fernando.

The final two free throws by Chenuka De Alwis concluded the game for MSC to emerge victorious after getting knocked out at the semis in the previous two occasions.

The Head Coach of Maris Stella College Mr. Samantha Kandagedara speaking to ThePapare.com said “We went with the same game plan as we did in the previous match in the semifinals against AIS. Like the semi’s the plan eventually worked again and helped us to come away with the victory today”