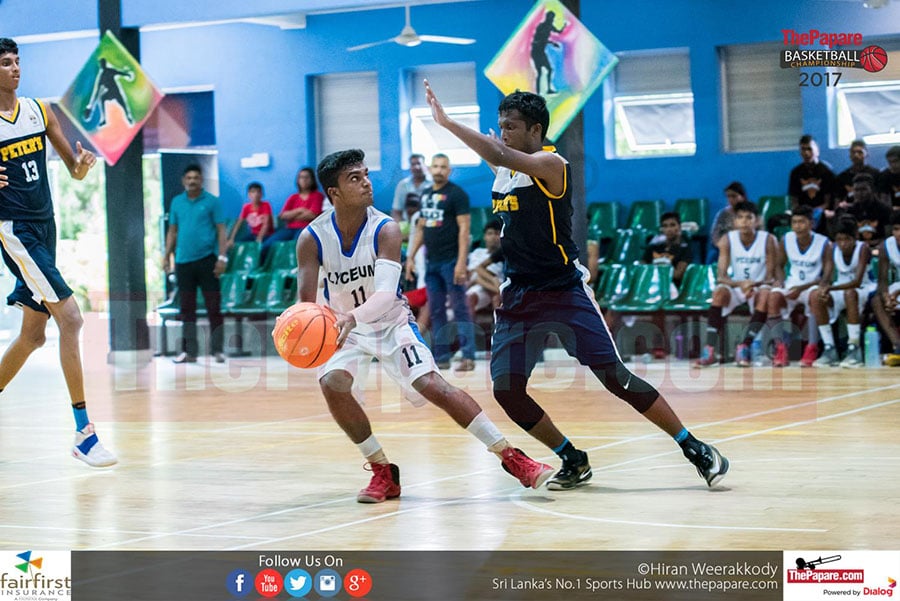 (ThePapare Basketball Championship 2017, Colombo, Sri Lanka). The final session of the preliminary rounds in the boys` category was played at Kothalawala Defense University Indoor Courts. The evening session unfolded as below.

SPC did what they have been doing best throughout the tournament, increase the pace of the game and score quick points. LISW couldn’t find their rhythm and range and they only managed to score 9 points in the first quarter. SPC led the game by five points at half time, 27-22.

LISW was struggling with the outside shooting as well as on their defensive floor. Rayan Fernando was doing most of the scoring for SPC. Evangelo Perera and Nimesh Kulathunga scored 10 and 9 points respectively for LISW and Rayan Fernando finished the game with 14 points for SPC. As the 4th quarter began LISW did cut back the lead but the early lead haunted them at the last whistle as SPC won the game 55-48.

CIS tapped the jump ball and scored the first basket, but it was low scoring quarter in comparison to other games. CIS finished the quarter with 9 points and only giving away 7 points for DMZ. Shivanga De Silva scored 10 points for CIS while Manilka scored 09 points for DMZ. CIS led the game narrowly by a couple of points into lemons, 25-23.

CIS switched their defence to full court man-to-man which prevented the opposition from scoring and causing turnovers. DMZ did get back their touch in grabbing the rebounds, but unfortunately their second chances fell short. Heading to the fourth quarter CIS was leading the scoreboard, 50-36. CIS closed down the game with the same momentum as the final scores read, 50-64.

STC looked more organized in both their offense and defence as they went on to lead the game by a couple of points at the end of the first quarter.  Starting the 2nd quarter Bens managed to cut down the lead and finished the half with a squared scoreboard 30 points each.

points. They were able to score 13 points and only gave away 06 points for the opponents. STC giving only fourteen points away during the second half managed to win the game at full time, 61-44.