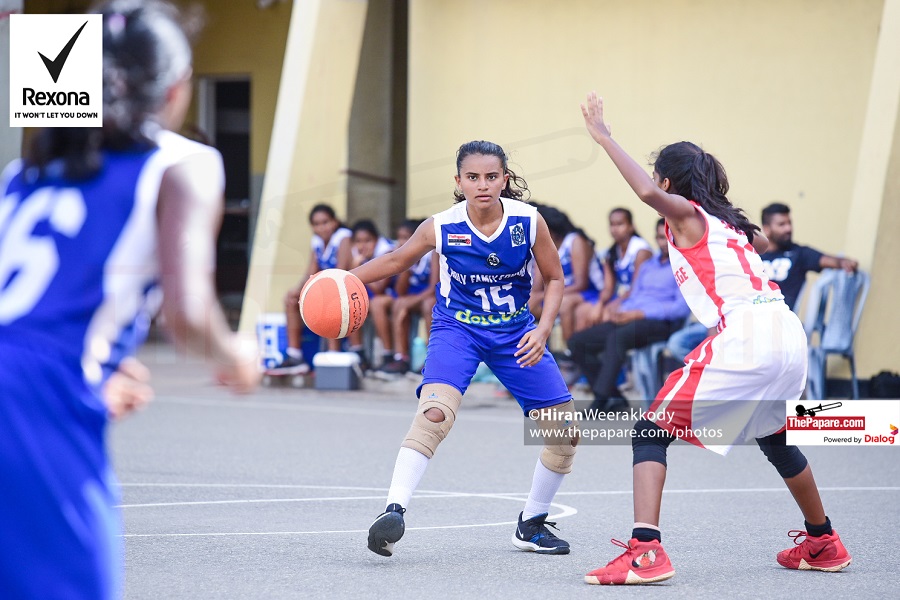 HFC started the game strongly scoring effectively on close range. At the other end LC continued to struggle, as they found it difficult to penetrate the opposition defense. The first quarter ended with the score on 14-5, in favor of HFC.

At the commencement of the second quarter, HFC continued the momentum and later started to dominate the game. LC continued the battle to find the net and cut down the deficit. HFC improved their defense with better rebounds and steals, and converted those valuable possessions into points. Into the lemons, the home team led by 20 points.

Nothing changed in the second half. HFC recorded more steals and scored at ease via fast breaks. Even though LC fought back with their key player Jovanna Fernando starting to score often, the lead was too much to catch up. HFC deployed their usual tactic of pressurizing the key players thus ensuring they would come up with a comfortable victory.

As the game progressed towards the latter part of the half, it wasn’t simply LC`s day. HFC closed down the game with a lead of 38 points.

Captain of HFC, Sandrene David speaking to ThePapare.com said “Our defense was really good and far more effective. It enabled us to score more points via fast breaks. Our substitutes provided us valuable contribution coming off the bench and we made tactics stopping their key players ensuring us the win at the end of the day”

From the tip off, both teams started strong scoring effectively. It was truly an intense game to watch as the lead kept swapping back and forth. GSC edged over LISW with a lead of 2 points at the end of the 1st quarter, leading 12-10.

The second quarter changed the landscape as LISW overtook GSC and started to dictate the pace of the game. Improving their defense and recording quite a number of steals, and scoring far more effectively than the previous quarter.

Perimeter shots and fast breaks came easy for LISW who continued the dominance exerting pressure on GSC. It forced them to take difficult shots which were air-balled. It resulted in a massive lead of 14 points, where HFC scored 25 points in reply to the GSC`s 09.

Head Coach of LISW Festus Perera, speaking to ThePapare.com stated “After the first quarter we made a small tactical change in defense towards the opposition. As the game progressed the plan eventually worked and helped us to a comfortable victory”.