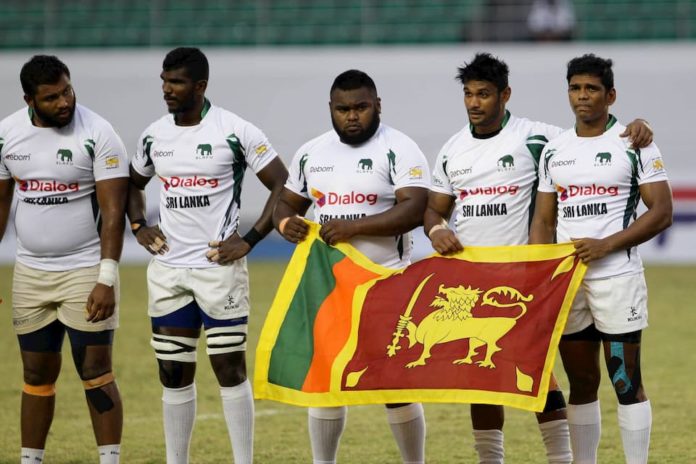 The development of Rugby in Sri Lanka has been consistently moving forward, especially in the past decade.

The Sri Lanka Rugby Football Union organized “Get into Rugby” programs in schools in all 25 districts and it was reported that 5414 participants took part in the event. Historically rugby in Sri Lanka has been segregated to the higher class of society and to the elite schools. But of late, as a part of the expansion efforts of the International Rugby Board, the sport is quickly growing in many parts of the country. Evidence for this can be found in the annual reports of the IRB where it was stated that in from 2016 to 2017 Sri Lanka had 57,332 rugby players registered with world rugby out of 92,693 total players. This number has increased to 59,509 registered players out of 96,248 total players according to World Rugby Year in Review 2018. Surely this number has increased over the following years.

With the increase in engagement it is vital to increase the accessibility and quality of the sport to ensure its sustainability. The current situation with Covid-19 has undoubtedly put a dent in the expansion of the game with a very promising schools’ rugby season put on hold.

The same however cannot be said about the Dialog Rugby League; the country’s premier platform for Rugby was a one-horse race with Kandy Sports Club securing the gold even before the league finished. The title was decided even before the “super round” began. It was so one-sided that none of the other clubs protested when the “super round” was cancelled as crowning a champion other than Kandy S.C was a mathematical impossibility.

Some major solutions can be found in the draft and salary cap system employed in the National Football League (NFL) in USA. This post will discuss the Draft System while the Salary Cap System will be discussed in a future post.

The Draft System is basically inducting new members into a team. This will give a team a chance to infuse their rosters with new talent. They’ll be able to address the weak positions in the team and to start over. Young talent will not always pan out, some may become potential unrealized but it’s the promise of unearthing a diamond in the rough that will make teams compete over talent. This will encourage the potential players to prepare more thoroughly, embed a professional sports culture in the sport in the country and also create new jobs for club officials as well which will be discussed later on.

The NFL has 32 teams, each team get 1 draft pick per round and there are 7 rounds in the draft. In the Lankan context, as there are 8 teams in the A-division tournament, hence each team may have 1 draft pick per round and there maybe 5-7 rounds, ensuring roughly 40-50 new players entering the league. These players will then participate in the team’s pre-season practices and will be cut or retained when the teams finalize their playing squads for the season.

Rules of the Draft

The whole point of such a draft is to introduce new talent to the system to evolve the sport and to improve the standards of Rugby in the country. Hence the young players should be the point of focus in the draft with the suggestion being to focus on school and university (state and private) rugby players.

The rules of eligibility may be as follows;

Before making any selection the teams should measure the capabilities of the players they are selecting. Other than watching the matches the prospective players participate in, this will be the final time to see these players in action. The evaluation process may consist of the following;

Through this process coaches can get a clear idea whether a certain player fits the current requirement to his side and whether the player has what it takes to prosper in A-division rugby.

The employment aspect of this initiative will affect potential club officials, prospective players as well as club players;

This initiative will also shed some light to the B and C divisions of both the School level and Club level programs. It will help break the stigma of how a player should be in a top tier school to be recognized and get into a club. It will also help the B & C divisions of the club level to finally be used for what they are; breeding grounds for players to hone their skills and develop and eventually make the leap into an A-division player. They can act as platforms for undrafted players and player who were replaced to have a chance at redemption.

Rugby is one of the most grueling sports in the world, requiring immense amounts of physical and mental strength. Having a draft such as this will help bring out the best in all the players be it prospective players and current players. Sri Lanka Rugby has come a long way, from the times we used to play oversees players in the national side to now, where we can go head-to-head with Asian heavyweights and keep our heads held high.

But why stop there? The world is there for our taking. The efforts of all involved have helped us create our own identity within the Asian rugby community but in order to become world class we must do something different. All the pundits say that Sri Lanka has very talented rugby players, but only a handful of them make it to the national level. We need a way to ensure only the cream of the crop fill that level. A diamond requires refining to achieve its true potential and value, otherwise it is just a lump of coal.