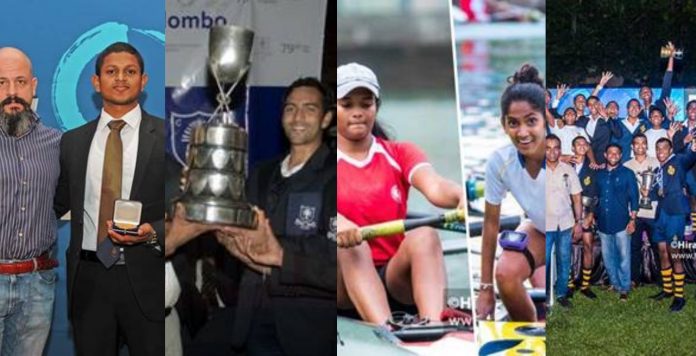 The Beira Lake has never been still, especially when you have oarsmen tugging and churning the murky waters day in day out with a hope of bettering their performances as of the past.

It takes a lot of endurance, courage and willpower to overcome the demons within you and victory only becomes sweeter amidst all the pain. Here are some of the key highlights in the Rowing calendar of 2018.

The Colombo Rowing Club managed to record multiple wins at the 76th ARAE FEARA Regatta held in Calcutta in early January. This Regatta comprises of clubs mainly within South Asia. CRC won Gold in the Women’s Sculls and W4 events while securing a Bronze medal in the Men’s pairs. The crew were placed 8th among 15 participants and were led by the experienced Ruven Weerasinghe. 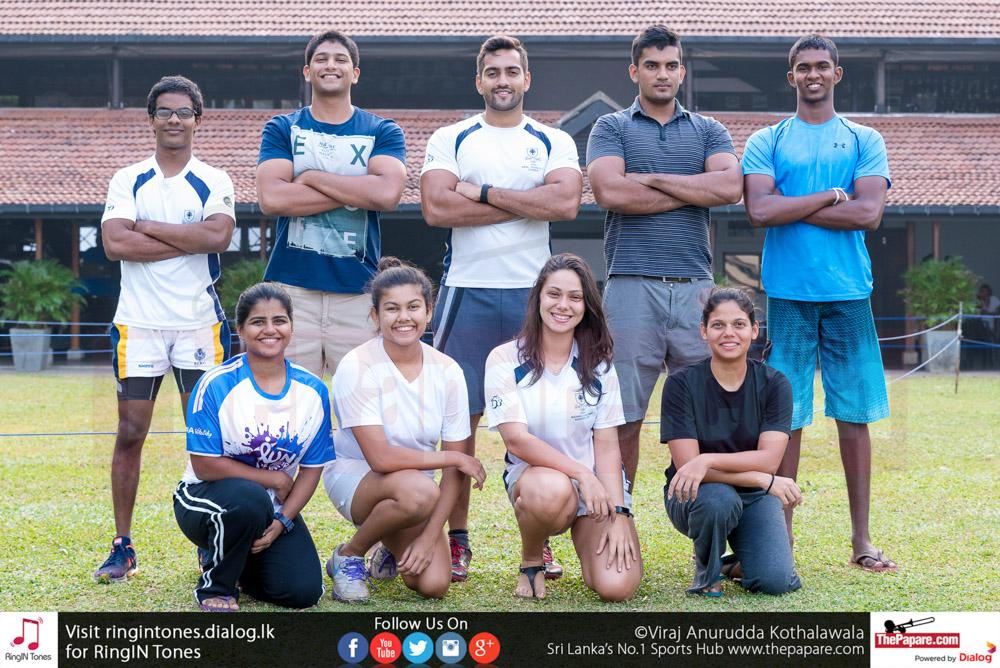 Sri Lanka Navy established a new record in the Men’s Open 4 and were crowned champions in the Men’s Open Category. Meanwhile Sri Lanka Army claimed a hat trick of wins in the Women’s Open, Boys’ Over 18 and Girls’ Over 18 categories. The girls from Ladies College won 3 Gold medals and secured the Girls’ Under 18 championship while the oarsmen from Reid Avenue won 2 Gold medals, securing the Boys’ Under 18 championship for Royal College. 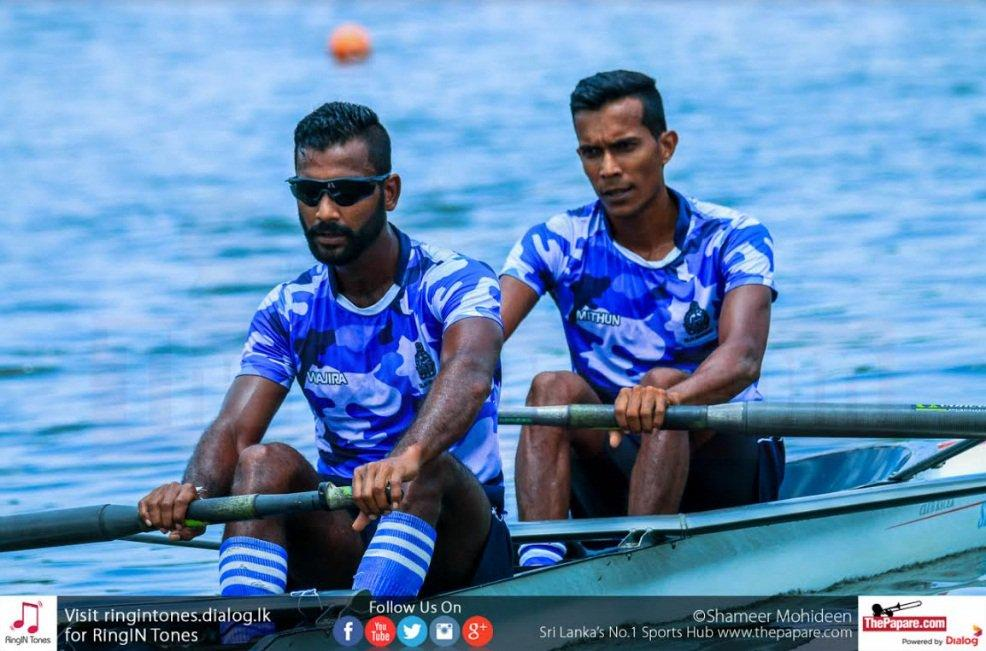 The Colombo Rowing Club won both the Men’s and Women’s championships at the 79th Colombo-Madras Regatta. This also happens to be the 3rd oldest inter-institutional regatta in the World. The Ruven Weerasinghe led crew were dominant in the Men’s category winning by 38-14 while the ladies from CRC whitewashed Madras in the Women’s segment 25-00. 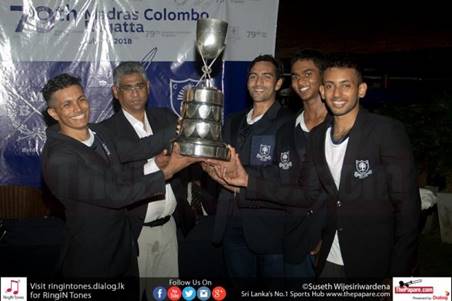 The Amateur Rowing Association of Sri Lanka (ARASL) together with the Sri Lanka Schools Rowing Association (SRA) hosted the 7th Consecutive Inter-Schools Regatta, along with the inaugural Novice & Intermediate Rowing Championship 2018. This 3-day regatta was held at the Diyawanna in August.

The Inter University Championship is the annual sporting event in the local university circuit.University of Moratuwa and University of Colombo are the only two universities to be featured in the regatta segment and the crew from Moratuwa whitewashed UoC 42-00. However the womens segment finals ended with a thrilling photo finish and UoC were adjudged winners with 26 points to 16. This happens to be the 2nd longest regatta in Sri Lanka after the Royal- Thomian Regatta and has been running for 35 years. The oarsmen from Moratuwa were led by Amidu Silva.

The rowing crew of the University of Moratuwa made history by finishing as 2nd runners up at the Varsity Boat Race, the largest University boat race in the ASEAN region held in Malaysia. The team also managed to secure three bronze medals in the Men’s Single Scull, M4- and M8+ races. University of Colombo were the other team from the Sri Lankan contingent present at the event. This is the highest achievement by a rowing crew from Sri Lanka. 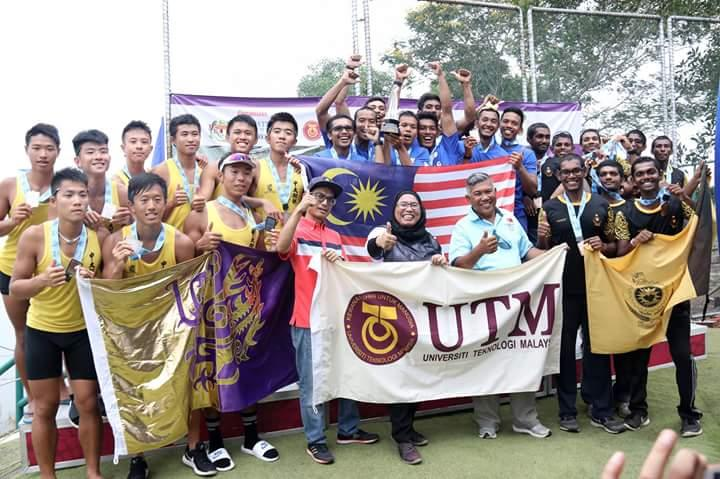 Musaeites make it three in a row

Musaeus College rowing crew managed a staggering 48-04 win against Ladies’ College at the 15th LC-MC Regatta as they claimed the Mary Musaeus Higgins trophy for a 3rd year running. The girls from MC managed to secure wins in almost all races and LC only managed to win the B pair and C4 races. The winning captain for MC was Mayanthi Weerakoon while Sanjula Botheju led the crew from LC. 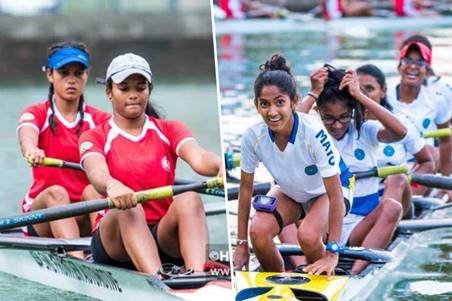 Royal beat S. Thomas’ by half a boat length

The Thomians this year were very unfortunate to miss out on a possible draw at the 49th Royal-Thomian Regatta as they lost to the oarsmen of Royal College in a very close contested A4 race where the latter won by half a boat length, winning the overall Regatta 38-14 and the T. N. Fernando Trophy for the 4th straight years. STC captain Meshach Peiris’ crew were showing great intentions this year but their efforts were drowned by Charin Wijethilake’s Royalists. 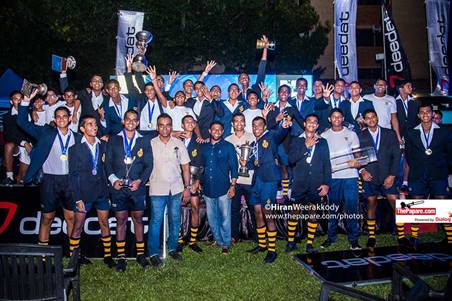 Amidu Silva, an undergraduate of the University of Moratuwa and the captain of the crew won the prestigious Fillipi Spirit Award at the 2018 World Rowing Awards held in Germany. Amidu became the first Sri Lankan and Asian to win an award at an international level awards ceremony in rowing. This is awarded to any university level student who displays the core values of rowing in the sporting and academic life. 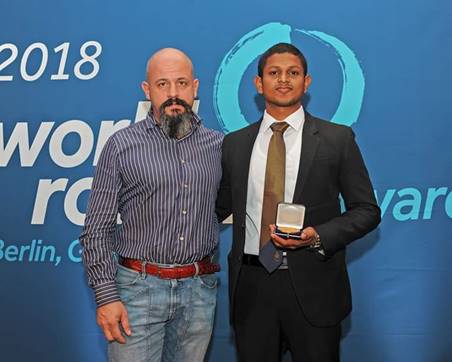 Await the 2019 season to unfold as the rowing community is training tirelessly to churn the waters again.