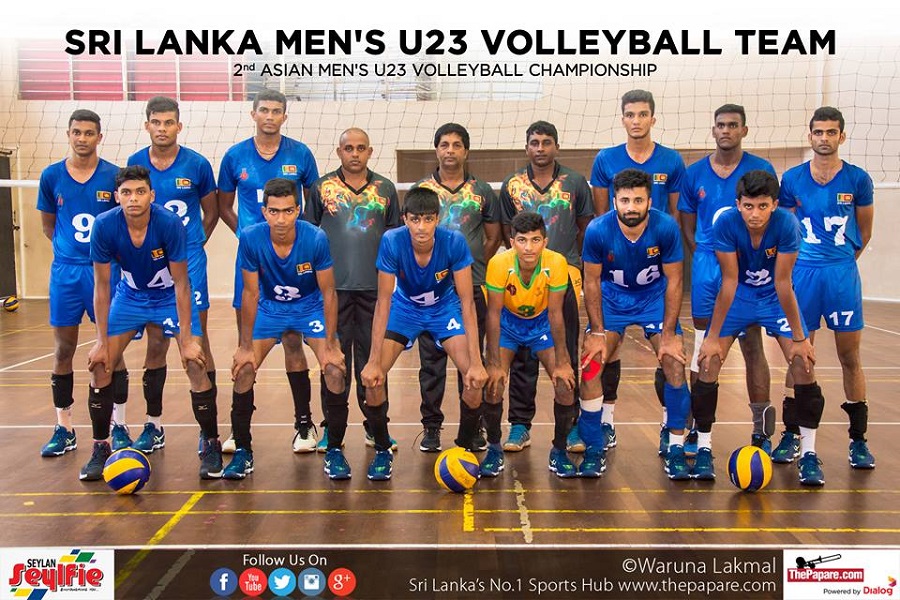 The 2nd Asian Men’s U23 Asian Volleyball Championship will be held in Ardabil, Iran and the Sri Lanka National U23 Volleyball team which will be participating for the competition, completed their training sessions in the Sports Ministry Indoor Stadium.

The competition is scheduled to begin on the 01st of May and will go on until 9th of May.

The Asian Men’s U23 Volleyball Championship will be held this year for the 2nd time in history. Only U18 and U20 competitions were held before with an U23 competition being introduced in 2015.

Sri Lanka in pool D for Asian U23 Volleyball

Unlike Iran and Japan, Volleyball in Sri Lanka does not have a professional background although it is considered as the National sport of the country and lose a lot of players who leave the sport looking for jobs. The introduction of such a competition will give them another opportunity to represent Sri Lanka at international level.

Although the Sri Lankan players have been able to play well with other teams in the Asian region in U18 and U20 competitions, they have failed to do so in the National team competitions and these competitions will serve to bridge that gap.

The Sri Lanka Junior National team was placed 10th in 1984 competing with 26 other Asian teams under the Captaincy of Channa Jayasekara, who is also the current Head Coach of the U23 Sri Lanka National Volleyball Team. At that time Iran was placed 9th and now they are among the three best teams in Asia. Sri Lanka has a very good opportunity to challenge the top teams in the Asian region.

This will be the 1st time the Sri Lanka under 23 Men’s National team participates in the championship and Sri Lanka has a good opportunity to get a win over the Thailand team and move to the top eight.

Training and the Coaches

Sri Lankan team has been in practise for three months with all facilities provided by the Sports Ministry under three of the best coaches who seem to be up to the task.

Under his coaching the Sri Lanka teams have grabbed 6th place in Junior Championship in 2016, 5th place in U18 championship, 7th place in U20 championship, proving his success in the field of coaching. Having coached most of the U23 players previously, he is the best man for the job. 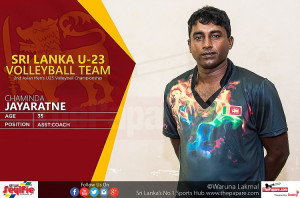 Asst coach Chaminda Jayaratne is the Coach of the Electricity Board Volleyball team, which is the only professional club in the country and he has guided them to a number of victories at national level. Being a Police Inspector by profession, he also coaches the Volleyball team of Rajasinghe College, Ruwanwella. 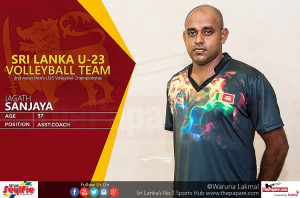 Jagath Sanjaya, who is the second Assistant Coach of the team, is a former player of the Sri Lanka National team and he has also captained the Sri Lankan Army team for a long period. Apart from being the assistant coach of the Volleyball team of Maris Stella College, Negombo under Channa Jayasekara he also coaches several other clubs.

More than 30 players were taken into consideration in the selection process and the best 12 made the final squad. Some of the key players in the squad are as follows.

Ayesh Perera – The captain is a product of Seeduwa Davisamara Maha Vidyalaya and has been a member of the Youth National team in 2012, Junior National team in 2014 and  the Sri Lanka National Volleyball team since 2015. He won the award for the ‘Best Player of the U23 category’ in 2016. 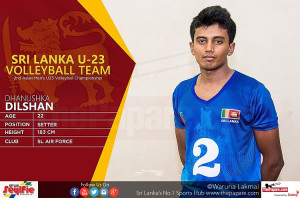 Dhanushka Dilshan – Another product of Seeduwa Davisamara Maha Vidyalaya, he is the Vice-captain of the team. He represented the Sri Lanka Schools team in 2011 in an international tour, Youth National team in 2012 and the Junior National team in 2014. He won the award for the ‘Best Ball Setter of the U23 category’ in Dialog President’s Gold Cup Volleyball Championship in 2016. 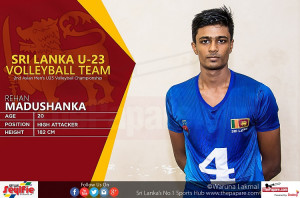 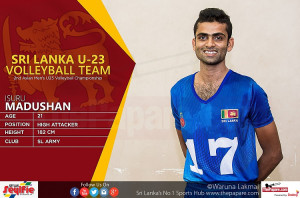 Isuru Madushan – He has already represented Sri Lanka in more than 5 International tours and is also an old boy of Seeduwa Dawisamara Maha Vidyalaya. He was awarded as the ‘Most Valuable Player’ in DSI Volleyball tournament in 2013. He is a skilful High Attacker who even played in the ‘Beach Volleyball qualifying tournament for Olympic Games.’

The final squad further consists of ‘The  Best Attacker’ of Rasadiya Volleyball tournament; Haritha Hashan, High Attacker of the Sri Lanka Navy team; Nadeepa Lakshan, and ‘The Best Libero Player’ of the Rupavahini Volleyball tournament; Harshaka Silva and almost every player in the final squad is equipped with youth and junior level National experience which will undoubtedly be an advantage playing against strong teams in the region.

Before leaving for Iran, the Head Coach Jayasekara shared his thoughts with ThePapare.com said;

“Our main target is to defeat the Thailand team. The 1st round will obviously be a tough one. This is just the first time we will be playing in this tournament and we have been drawn alongside Japan and Thailand. As Philippines have withdrawn their name from the tournament, Pakistan will advance for the 2nd round without any competition. So if we’ll be able to defeat Thailand in the 1st round and qualify for the super eight round, we have a good chance of meeting Pakistan. “

“Players are working hard. I have coached almost every player in this team before. The Assistant Coaches and I know each other well and we have a good mutual understanding between us.”

Vice-captain Dhanushka Dilshan, sharing his thoughts said they hope to bring glory to their Motherland in the tournament.

“We have a very good team. Our first challenge will be to qualify for the super eight round. We will definitely try our best to bring glory to our Motherland.”