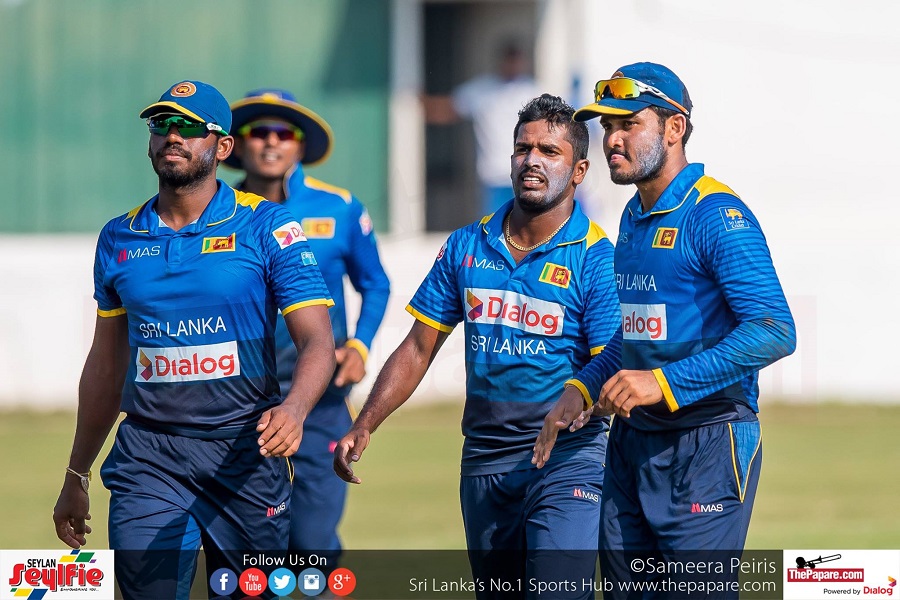 Having been invited to bat first the Sri Lanka Board President’s XI got off to a commanding start as the hard hitting openers, Dilshan Munaweera and recently in form Kusal Janith Perera took a liking to the Bangladeshi bowlers.

Despite the departure of Munaweera for 24, Sandun Weerakkody and Kusal Janith went on piling the runs at a rapid rate. Kusal and Sandun got their half centuries in no time as the duo kept scoring in excess of a run a ball.

The Sri Lanka Board President’s XI eventually ended their innings at 354/7 and the visitors had to score in excess of seven runs per over from the start of their innings.

Imrul Kayes and Soumya Sarkar were the opening combination for the visitors and Kayes departed without troubling the scorers. The second wicket partnership of 116 between Soumya Sarkar and Sabbir Rahman set the launching pad for the Bangladeshis’ to chase down their target.

After losing their set batsmen, the Bangladeshi tigers kept on losing wickets at regular intervals as they fell away from the chase of the mammoth total.

Mossadek Hossain and Mahmudullah both bagged half tons to keep the momentum going and a late blizzard by skipper Mahrafe Morataza who too chipped in with a half century was insufficient as the Bangladesh team fell agonizingly short by a mere 2 runs of the total.

Spinner Akhila Dhananjaya was the pick of the bowlers for the President’s XI bagging 3 for 61 in his 8 over spell, while Chathuranga de Silva chipped in with 2 scalps of his own during his 9 over spell.

The first ODI between Sri Lanka and Bangladesh is scheduled to be played on Saturday the 25th of March at Dambulla. The second ODI will follow at the same venue as the action will be shifted to Colombo for the remaining ODI and the T20 internationals.