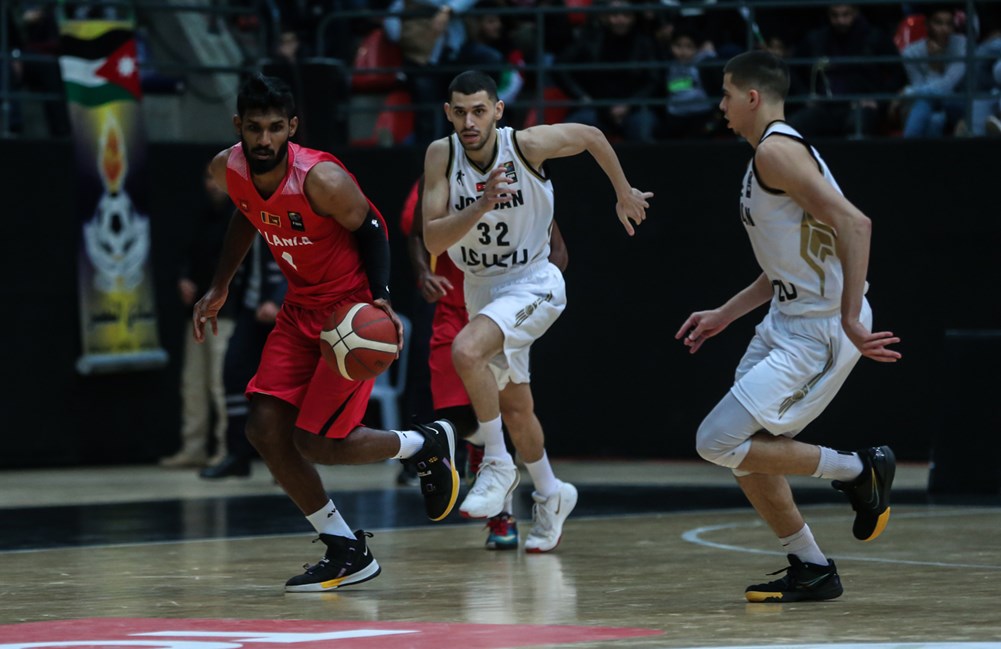 Sri Lanka (SL) played their second game in the FIBA Asia Cup 2021 qualifiers against Palestine (PLE), and the middle-eastern giants knocked the islanders down, 102-60. It was the first time in 08 years, an international game of basketball was played on Palestinian soil.

Game in a nutshell

In an intense game of basketball, matching up to the opponent`s intensity consistently is key. SL started off the game grabbing first possession which fell short at the rim. However, couple of possessions later, it was Nimesh Fernando who drew first blood.

Sri Lanka approached the game well adapting to the game situations but, the shooting percentage was marked low as they went on to miss a lot of wide-open shots. The home team took advantage of this from the first quarter it-self and went on to lead the match by 22 points closing the maiden quarter, 33-11.

Stepping into the remaining three-quarters of the game, SL did score more points in comparison to the first ten-minutes. However, the 22 points in the first quarter is what haunted them at the final whistle.

SL scored 15, 17, 17 in the remaining quarters respectively whilst conceding, 18, 24, 27. When the start goes havoc it is primal that the defense for the rest of the game is solidified to minimize the leakage of points which wasn’t the case for the Lankans.

They went on to score and tick the board continuously but from the other they were leaking points which was piling upon a momentous lead in the maiden quarter. SL had a bad day in office in terms shooting and that was perhaps identified by mid-way second quarter.

From that point onwards a little more focus on defense could have halted the opposition scoring which would bring them closer to cut the deficit, a little extra push in terms of offense in the final quarter could have helped the Lankan`s to swing the pendulum their way.

Leaking 20+ points in three-quarters isn`t going to help the cause on a bad shooting day.

Penetrating and shooting was not the best way to opt to tick the score-board with defenders twice your size covering the lanes. It was vital that the mid-range j`s and the three-pointers swish the nets to keep the side afloat in the game. SL only converted 23 out of the 81 shots attempted. If more set shots would have been bought into full value, the defense would have drawn forward which would allow space for SL to penetrate if needed. Unfortunately, it was a different story.

Rebounds is a department SL struggles in an overseas assignment. Not having the services of their usual centers, it was tougher against Palestine. Right under the rim was completely boxed out for the islanders. Palestine’s scored 24 points off the second chances an SL only managed 13. The 43-defensive rebounds the Palestinians grabbed were 43 baskets halted for the islanders.

SL has done a good job in reducing their turn-overs and conceding fouls in comparison to their previous outing. SL`s transition from offense to defense wasn`t that evident, a little fast paced play could have got them more points. It`s the rebounds, second chance points and the missing of the wide-open shots that cost the game for the Lankans.

Rukshan Atapattu, playing in his third international game, played some prolific minutes of basketball. He not only excelled in scoring but also with the hustle to the ball when in defense. Atapattu had 04 steals under his name. That’s 50% of the total steals SL recorded in the match. A fresher with minimum international exposure, playing at this level against big-names, is a definitely a future asset for the nation.