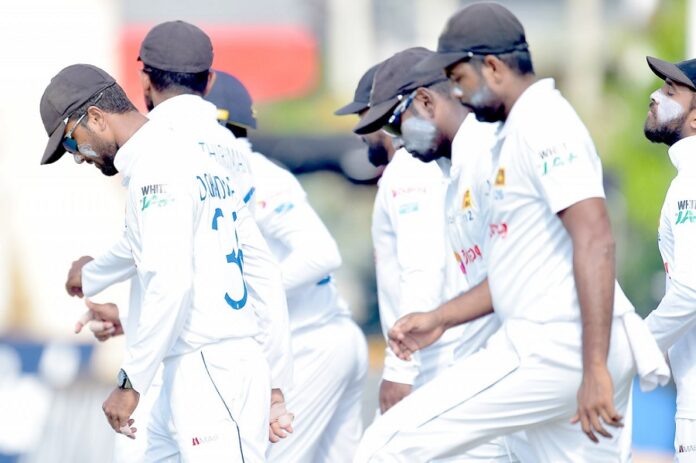 “The amount of talent that we have here is great”, “There’s a lot more really good Sri Lankan cricketers out there, there’s a lot of skilled players in Sri Lanka”, “There’s so much raw talent that it’s exciting to see”. Just three things Sri Lanka head coach (for now at least, we don’t know how long he will last) Mickey Arthur said during his early days in charge of the team. It’s a well-worn trope on Cricket in Sri Lanka. We’ve heard it from past players to coaches to administrators of the game and of course the pundits – Sri Lanka is bursting with talent. But this boast has rung exceedingly hollow in the past few years with one humiliating defeat to another – home or away.

Just a couple of days ago, Sri Lanka fell to its 5th consecutive Test defeat against England at home, as the hosts chased down a measly 74 on day 5, but it is not so much the losses that are frustrating but the manner in which Sri Lanka seem to throw things away. Unable to exert pressure at crucial times, not building partnership to get to the finish line, mostly lacking character as a team and individually.

In the early part of the 2010s, the team was in true transition, with the retirement of Muttiah Muralitharan still fresh. Yet, new match winners were born and though victories in India and Australia eluded them, South Africa was conquered at long last. Then mid-way through the decade came the retirements of the stalwarts, Kumar Sangakkara, Mahela Jayawardene, Thilan Samaraweera and TM Dilshan. That hit home hard and performances started to dip. The ‘transition period’ extended well beyond a couple of years and seems eternal now. Nevertheless, then too one match-winner remained in Rangana Herath and many a victory was won on his wobbly knees. Since he bid adieu to the game, a gradual, yet continued slump with sporadic spectacular performances is what us fans have now come to hope for.

Gone are the days of domination, every match day we hope for another 176 from Kusal Mendis, like the one from Pallekelle, a Kusal Perera 153 from Durban or a Dinesh Chandimal 164 from Galle, but hopes crash and burn regularly.  We daydream that Herath will be reborn in the form of a taller, slimmer Lasith Embuldeniya, that vision is yet to materialize.  But we forget that 176 was a coming of age knock, the 164 a freak occurrence and the 153, well, that was the innings of the century and not the kind of performances that can be replicated easily.

The worst part of it all is that when that miracle innings or bowling performance inevitably doesn’t come along, we are forced to settle for the ‘positives’. That’s where we were on the 19th of January 2021, talking about the ‘fight’ Sri Lanka put up to defend 74 runs in Galle as if it would negate the bad performances in the game.

The system is flawed, of that there is no doubt, but the players own performances are in their control and right now, they don’t seem to want to do much with it.

Talent – Talent is cheap. You don’t get to international cricket without talent. As the famous saying goes ‘Talent will get you in the door, but character will keep you in the room’. Too many Sri Lankan players seem to bask in the fact that they have talent and potential and have seemingly arrived, but talent and potential count for nothing if you do not perform continuously on the field.

Sure, many of those in the Test team have produced one or two spectacular performances, but no matter what one-off genius innings you’ve played in the past, an average in the 20s and 30s in Test cricket (Only Chandimal and Mathews have averages above 40) is just not good enough.

Individual milestones and social media – Celebrating individual milestones is fine, playing for them is also fine – when individuals do well, the team is likely to do well, right? But how many times do we see players posting congratulatory messages from friends and fans on their performances after the team has lost a game by a huge margin? Will we see Pat Cummins reposting messages of praise he’s got after being named Man of the Series against India, a series which is being called one of the greatest series in the history of the game – unlikely.

In Sri Lanka cricket, it’s almost as if the result does not matter as long as you have done your part with your individual skill and earned enough to be recalled.  The satisfaction of finishing as the top scorer or having ‘put up a fight’ needs to be thrown out. Great players and great teams will never tolerate that.  Matches must be won, for personal glory to count for something.

Attitude and accountability – To fix a flaw, a shortcoming, you must first accept that there is something to fix. Humility is the hallmark of a great character and with humility comes development. If your natural game isn’t producing the results that are needed, then there must be adjustments to your natural game. If not, what is the point of playing that way anyway?

Leadership – Leadership isn’t just about setting fields and it’s not just the responsibility of the man handed the captaincy. Leadership is inspiring each other to push harder, it’s carrying the load of your teammate who is out of form, it’s dragging them along as you hit your personal milestones. In any team sport an ‘every man for himself’ attitude doesn’t work – the only way for you to succeed is for your teammate to flourish as well and the Sri Lanka seem to be falling away individually, with no one to pull them back together.

Next came the conditions, ‘everybody struggles in South Africa/England/Australia’, ‘we never won in India even when we had Murali, Sanath, Sanga’. Fine, we’ll wait, at least we can dominate at home.

But now, years since the legends of Sri Lankan cricket retired, years of waiting for new talent to blossom, years of trying to adapt to conditions overseas have led to Sri Lanka losing even at home and even to England and New Zealand.

This time, there are no more excuses, they have nowhere to hide.

We can only talk, it is up to them to go do.