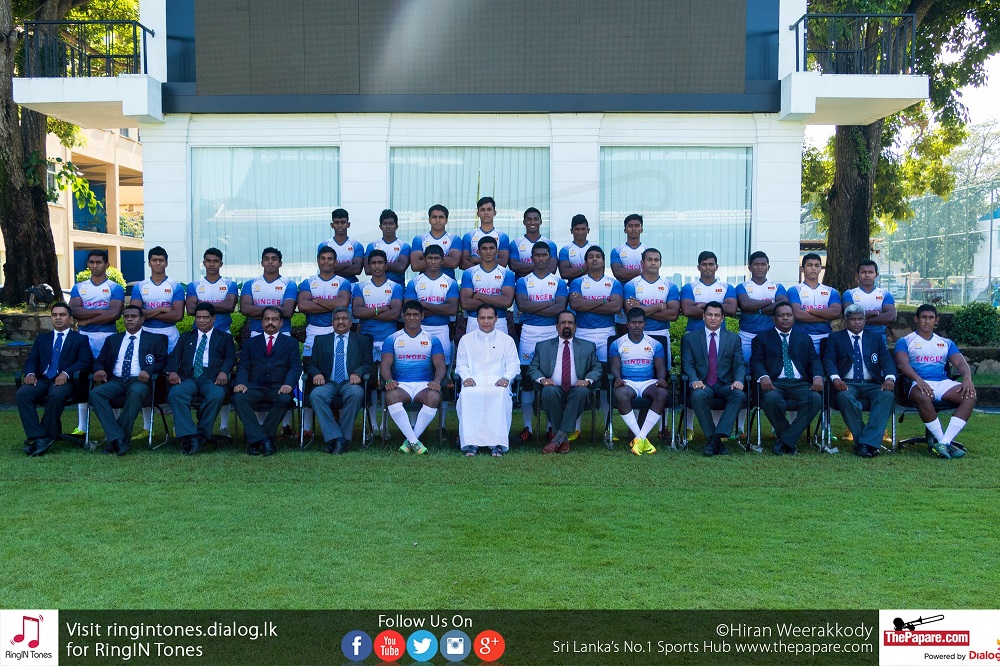 The squad of 25 was named last evening by the national selectors in conjunction with the coaching staff.

The squad of 40 was trimmed to 30 a fortnight ago and since then issues mounted over U20 players contracted in to the ongoing club rugby league. However, the ministry of sports has since sorted all the issues and the players were released by the clubs last week.

This year the Asia U20 tournament will held in Singapore from 13th – 19th December. The same tournament was hosted by Sri Lanka last year where they ended up as runners up. Sri Lanka have every chance to lay claim this trophy and that would be a phenomenal achievement as, the winner will get a place in the World Rugby U20 trophy which will be held in Harare, Zimbabwe from 19th April – 1st May 2016. Sri Lanka last qualified for Junior World Rugby Trophy (JWRT) in 2001 under Jivan Gunathilaka’s captaincy in Chile.

The Junior Tuskers will leave the island on Friday the 11th and shall play the host Singapore on the 13th Sunday followed by Hong Kong on 16thWednesday and Chinese Taipei on 19th Saturday.

The challenge for Sri Lanka to achieve this feat will be beating mighty Hong Kong and the hosts Singapore. Hence the Junior Tuskers finish victorious, will have a more gigantic task in April next year as they will play along Zimbabwe, Uruguay, Namibia, Samoa, Fiji, Spain and the qualifier from North America.

Bulky no8 Omalka Gunarathne will lead the team and he will be assisted by the little magician Kevin Dixon. This team has 10 senior players who played last year and 7 captains who led the respective schools in the concluded Singer league. The big loss in this team will be the highest try scorer in the concluded schools league, Supun Warnakulasuriya who will miss the tour due a knee injury.

Veteran coach Sanath Martis also stated to ThePapare.com that “Supun is a big loss, he has done a big service for his school Royal and the country, injuries always expected in this game and I hope he will recover fast and wish him all the best for his future” he further stated that the team has been drilled in fitness and they have strengthened the mentality of the players to play against Hong Kong. However, Martis believes that hopefully this team will bring the glory to the country.

Udara Anjana (St.Peters), Gayal Jayasinghe (Royal), Deshan Pettiyagoda (Wesley), Hirantha Manamendra (Dharmaraja) and Supun Warnakulasuriya (injured) all these players in the 30 man squad has left out of 25 and will remain stand by.