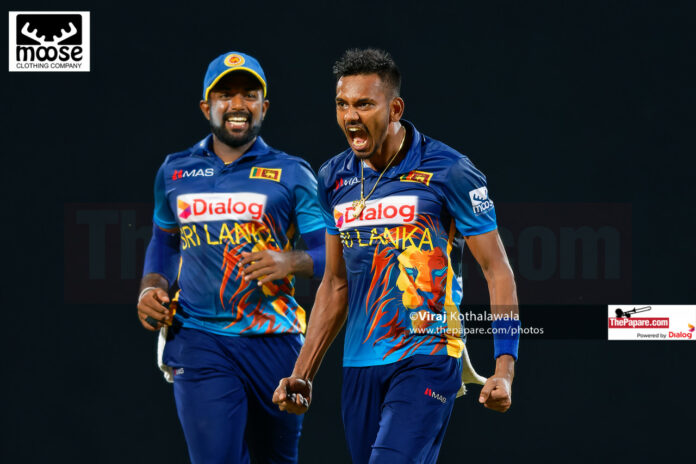 It’s been a slow and tedious transition where a host of high profile retirements had taken Sri Lankan cricket more time than their fans would have wanted to turn things around.

But the good thing is that you see light at the end of the tunnel. It’s been a long, tough seven year journey along which there have been many casualties but the team has begun to put the pieces together in white ball cricket. It may still not be good enough as Sri Lanka will not qualify automatically for next year’s 50 over World Cup. Well, mathematically, Sri Lanka are just not out of the equation but even in the best case scenario – after winning the next six games against New Zealand and Afghanistan – they will still fall short of the cut off mark.

There has been ample evidence in this series that Sri Lanka are turning things around in white ball cricket. In T-20 cricket, they are gradually becoming a force to be reckoned with thanks to the energy of some young and exciting talents. There are two Sri Lankans – Wanindu Hasaranga and Maheesh Theekshana, who are among the top ten bowlers in the ICC Rankings. Wanindu is also in the list of top ten all-rounders while Pathum Nissanka is among the top ten batters.

Although no Sri Lankan features in the top ten list in ODI cricket, performances like Thursday is going to get them there and after the ongoing five match series several players will make significant gains.

Glenn Maxwell has been a treat to watch. Australians generally try to rotate strike against spin or use their brutal power to clear the boundary.  Maxwell is a different kettle of fish. He’s more like an Asian player using his supple wrists to score off spin and the reverse shots that he played during that stunning run chase on Tuesday were out of this world. He spared no bowler including his RCB team mate Hasaranga while Dushmantha Chameera was made to look like an ordinary bowler.

But Maxwell does have a chink in his armor. The short ball is his undoing. How well Chamika Karunaratne exploited this in the second game. When Maxwell walked in with Australia needing 84 off 88 deliveries, it was game on. When he hit Dunith Wellalage for three fours in an over, the writing was on the wall. But Shanaka switching to pace proved to be the turning point. This should be the blueprint that Sri Lanka should follow against Maxwell for the remainder of the series.

It was a terrific win that night in Kandy especially without Wanindu Hasaranga. Bowlers did a terrific job to defend a below par target and then bowl out Australia for 189.

Wellalage has been a superb find. You don’t recall many 19-year-olds walking into the senior side and having the impact that Wellalage had. An electric fielder, a crafty customer with the ball and a handy batsman, you see him doing big things for the team provided he remains grounded and doesn’t lose his appetite.

Despite the series leveling win and a stunning victory in the final T-20 in Kandy, Sri Lanka do have problems to address. One of their biggest issues is batting collapses. The batters on too many occasions have left it for the tail to milk the bowling and then bowlers to defend low scores. After a superb effort in the first game where the openers added more than 100 runs and the middle order fired, in the second game there was not much fight. There were three half-centuries in the first game but on Thursday not a single batter turned up.

There are also a few things that you can learn from the Aussies. The foremost of them is their planning. With this series not part of World Cup Super League, the tourists’ main aim seems to be getting enough exposure for the sport’s showpiece event next year which India will host.

Australia have been not afraid to chase on wickets that are slow and offer considerable turn as the game progressed. While most teams would have batted in the second game at Pallekele, Aaron Finch chose to chase. The reason being that they are aware that these are the type of pitches that will be given during the World Cup and it’s a case of putting the batsmen through the phases. The last time the sub-continent hosted the World Cup, the Aussies didn’t reach semis. They seem to want to rectify that this time around.

The Aussies have been forced to scrape the barrel with injuries to their leading players. Kane Richardson (hamstring), Sean Abbott (finger) and Marcus Stoinis (side) have gone back home with injuries while Mitchell Starc (finger), Mitchell Marsh (calf) and Ashton Agar (side) are remaining on tour hoping to be fit for the tail end of the tour. Their bench strength is quite remarkable and Sri Lanka will do well to build up such backup.

Sri Lanka victorious over Tonga in a three-point thriller