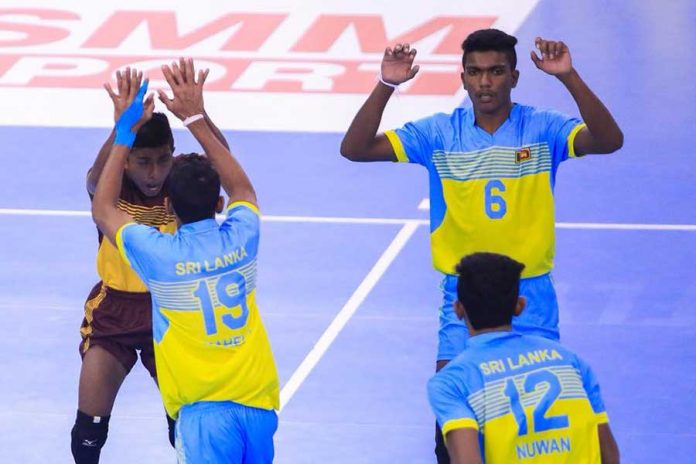 Sri Lanka Men’s U20 started off the 19th Asian Men’s U20 Volleyball Championship 2018 winning both their pool C matches.

Sri Lanka U20 Men’s Volleyball team will be participating in the 19th Asian Men’s U20….

Sri Lanka defeated Kazakhstan in the 1st match and Australia in the 2nd to finish top of pool C.

Sri Lanka came from a set down to defeat Kazakhstan 3-1 in the opening match of Pool C. Kazakhstan won a tightly contested first set 23-25.

However, Sri Lanka who had defeated the Kazakhs in the 2016 competition came out all guns blazing in the 2nd set to win 25-16 in dominant fashion. The 3rd set like the opening set became a hotly contested one but the islanders managed to win 29-27.

In the 4th set once again Sri Lanka proved to have too much in them as they ran out 25-10 winners with Kazakhstan racking up the errors.

Like in their opening match Sri Lanka surrendered the 1st set 24-26 after a close tussle but came back thumping the opponents 25-13 to win the 2nd set.

The 3rd and the 4th sets were again tight but Sri Lanka came through winning them 26-24 and 25-21 respectively.

Mahela had a mammoth game with 35 points which included 32 spikes, 2 blocks and 1 ace. The next best Sri Lankan scorer was the captain Nuwan Jayalath with 10 points.