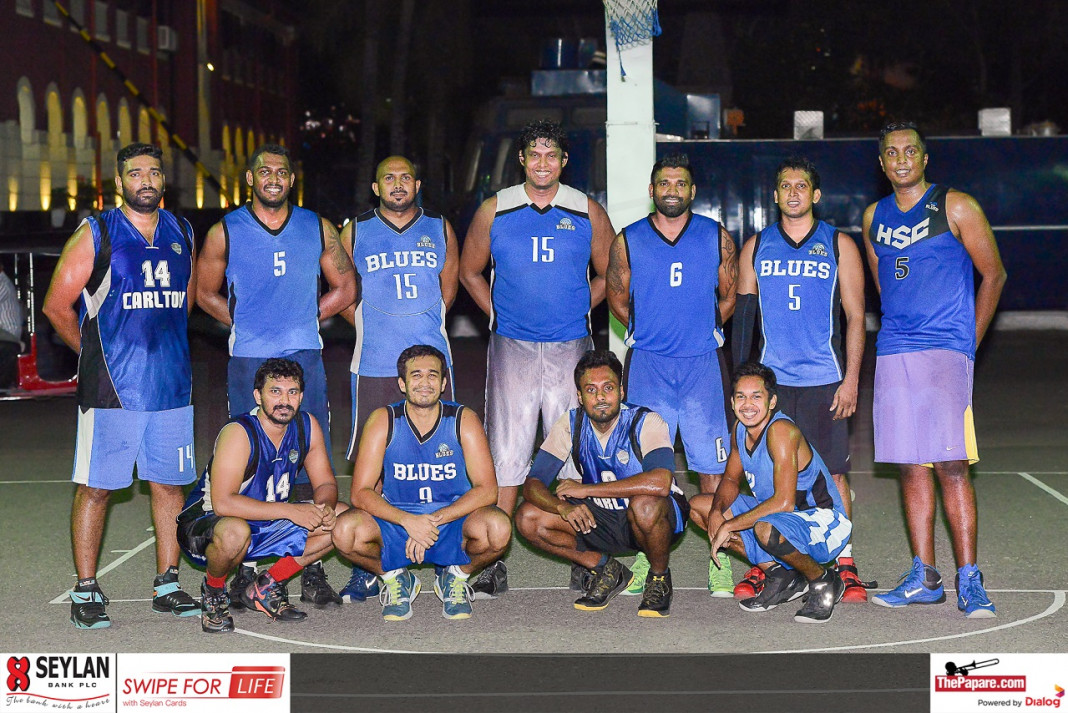 The 51st Senior National Basketball Tournament will commence on the 2nd of February 2017 and will go on for a span of two weeks, where 46 teams divided in to three categories will compete against each other for supremacy. Hambanthota District BA will be competing in the Level I, only in the men`s category.

Having being stuck at the semi-final stage of the championship, the Hambanthota District BA is looking to break free and lay their hands on the trophy during this edition of the championship. It will be an uphill task as they have lost some of their big guns to the Mercantile Services BA. Yet, the remaining players are determined more than ever, to do something significant. 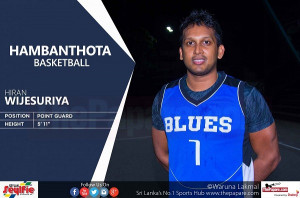 Skipper Hiran Wijesuriya speaking toThePapare.com said, “We have an experienced and balanced team going into this tournament, but will be unfortunately missing the services of 7 of our best players as they will be representing Mercantile. We have the best giants in the game namely Mithila, Sidath, Rashmika and Isuru. They were supposed to play this match with the Molten ball at first, but thern at the last minute they changed  it once again to the Mikasa ball. We paractcied with the molten ball but now in the last minute they have changed it.  We will be approaching the tournament match-by-match; ideally become the group champions and then enter the finals. We will be utilizing our centers and also focus on our perimeter shooting as we have two of the best shooters in the country, Terrance and Sameera Chanaka, although the latter is still recovering from an injury. We have a lot of experience and maturity in our team as 70% of our players are above the age of 30. We are looking at one hurdle at a time, but making it to the finals is our ultimate goal.” 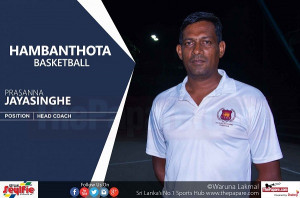 Coach Prasanna Jayasinghe speaking to ThePapare.com said, “Seven of the top players of HSC will be playing for Mercantile in this Senior Nationals. We will face stiff opposition from Air Force and Army at the group stages but cannot take Police and Batticaloa lightly either as they have some unknown resources at their disposal. We’ve had lesser opportunities to prepare as a team compared to these teams as the last time our unit played together was during the 2015 senior nationals. Sameera Chanaka’s injury is a big blow to us and we will not be putting much pressure on him as he is still recovering from the injury. We are looking to give exposure to Prasanna Wettasinghe who came up through the HSC Youth Team. Our strategy will be to attack the opposition’s strength, for example if we see an opposition player taking over we plan on locking him down. We will fight with whatever resources we have in our arsenal”

Hambanthota District BA`s strength lies in their post game with Sidath Senanayake, Isuru Perera and Mithila Abeysekara anchoring the gameplay. They also have great shooting guards and small forwards: Terrance Neydorff, Andrew Alphonsus, Hiran Wijesuriya and Sameera Chanaka. Yet, their performance will rely heavily on how well Roshan Randima handles the team and controls proceedings at the point guard spot. Hambantota will stand the best chance of winning at the Half-court set offense, 2nd chance points and interior defense.