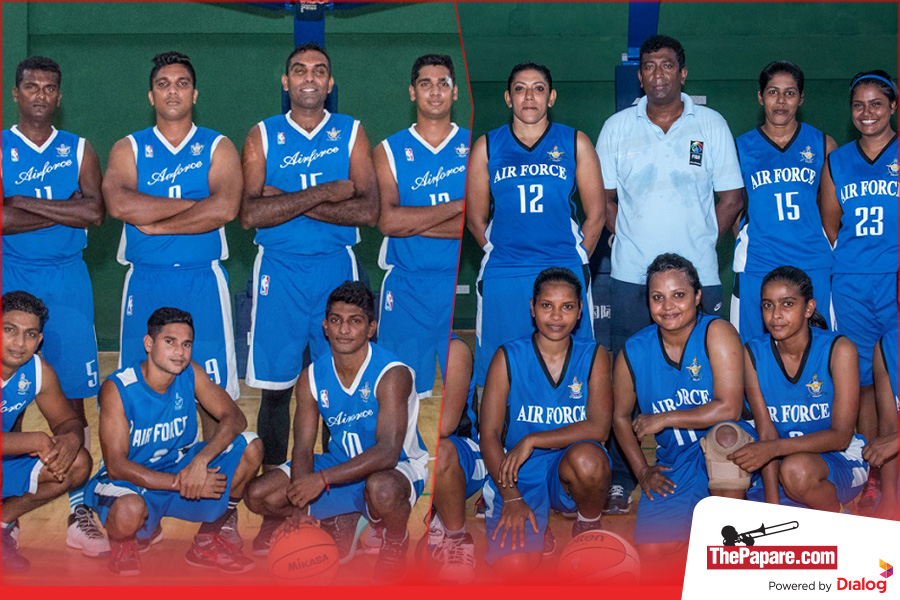 The 51st Senior National Tournament will commence on the 2nd of February 2017 and will go on for a span of two weeks, where 46 teams divided in three categories will compete against each other for supremacy. Airforce SC will be competing in the Level I in both the men’s and women’s categories.

Team Air Force reached the finals of the 50th Senior Nationals in 2015 but fell short of obtaining the gold, conceding it to Team Mercantile. The result was the same in 2012. This time around the Airmen don’t want to settle for anything less than the ultimate prize of being crowned the champions of the most prestigious tournament in Sri Lanka’s basketball calendar.

The Airmen, breaking free from traditional game methods have adopted unorthodox strategies in approaching their goals. The team`s main focus in every match will be the defense; keep the opposition from scoring so that topping the scoreboard in offense will be easy. The Air Force offense will be based mainly on the quick transition of play and utilizing all the five players on the court to score through gaps and set offensive plays.

Coach Susil Udukumbara speaking to ThePapare.com said “My main focus has been and will be on defense. We’re training our team to apply pressure on opposition teams not just through traditional defensive strategies but also using modern day advanced defensive tactics. We have also been analyzing our opponents and will approach different teams and players with tailor-made strategies. On the offensive end, we want our teams to play a quick transition game although we have adequate set offensive plays drawn out based on spacing and constant motion, if the Fast break isn’t available for us”

Osanda Umayanga and Anthony Venito should shoot well from outside in addition to their proven penetration game.  Although the team will miss the services of veteran player Dishan Wille and Kapila Sothilingam this season, they have recruited some young talent and have a healthy mix of youth and experience which would ensure that the team’s future would remain bright in the years to come.

Weaknesses of the Team

Strengths of the Team

Captain Ravi Dodangoda speaking to ThePapare.com said “The team has been performing well in the recent past but we have our feet firmly on the ground and are most definitely working towards winning the Senior Nationals this year. We have a good team this season and have been putting the work on the court and the gym to make sure we become better every day. Some of the senior players we used to have are not with us anymore and the younger players now have an opportunity to prove themselves and fill in those shoes. We will be definitely going hard in this tournament”

Captain of the women`s team Erandi Gallage speaking to ThePapare.com “We have a good team this season, and having become the 2nd Runners-up in the previous edition of the Senior Nationals; we are definitely going in to win the tournament this year. We have been provided with adequate resources from the Air Force management and we want to make sure we make it count. The team lacks size in the post, but we will be compensating for it with outside shooting and help-defense.”