It`s that time of the year! South Asian Basketball Association Championship (SABA) 2018 is ready to tip off for its 6th edition in Bangladesh from the 26th of June – 30th June 2018. The tournament will act as the Pre-qualifier for the FIBA Asia Cup 2021.

To determine the participants for Division “B” of the 2021 FIBA Asia Cup, pre-qualifiers will be played in sub-zone basis during the second and the third windows of the FIBA Basketball World Cup 2019 qualifiers.

As per the new format, India have already placed themselves in the Division “A”, so for the SABA pre-qualifiers, only Sri Lanka, Bangladesh, Nepal, Maldives and Bhutan will compete.

Sri Lanka won the silver medal losing to India in 2015 but since then it has been a nightmare run for the Lankans in the tournament. Sri Lanka did not play the tournament in 2016 while in 2017, Sri Lanka finished winless at the bottom of the table.

Coming into 2018, with India not being a part of the pre-qualifiers, Sri Lanka will have a better chance of gunning the top spot and placing themselves in the second-round. 07 players have retained their spots from the 2017 national pool while the rest of the slots have been filled with players who have made a come-back after a lapse.

Even though the time-period that was given to the national pool to gel together was not adequate, unlike the previous circumstances, the practice sessions were focused to be carried out in indoor facilities, which will help the players to adjust their style of playing and be ready.

Sri Lanka is equipped with talent, experience, height and speed. The important factor that could bring out the best in the team is the confidence the players possess.

The coaching reigns have been bestowed to Susil Udukumbura while Ranura Deepthi will act as the Assistant Coach. Coach Susil has carried out the practices in focusing the points from defense, transitions, secondary offenses and early offenses. 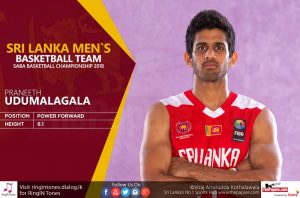 The X factor for Sri Lanka will be the inclusion of Praneeth Udumalagala who is filling his slot after finishing his education in the USA. Praneeth did engage in the sport while he was residing in the USA, where he underwent more advanced training and skill development while playing in the university league where he finished at one of the top contenders.

His experience in playing the sport overseas will come in handy for the team to perform better. Praneeth is also a player who could be used in any position, in any given game situation. His flexibility in style will help Coach Susil & co. play in a very strategic manner. 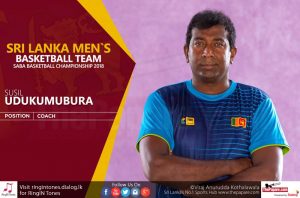 Coach Susil Udukumbira speaking with ThePapare.com on the tournament said, “I am a positive thinker, so what I told the players was to get the positives from 2017 and move on. I have covered every aspect in the game with the time I had, so they are ready to face the opposition as a more confident unit”. 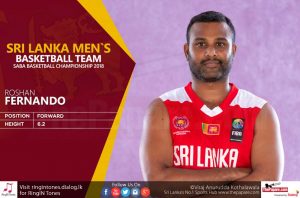 2017 Skipper and senior player Roshan Fernando speaking with ThePapare.com said, “This year we are looking more confident with the inclusion of Praneeth to balance the team as well. We have 07 players from last year so we will be able to use that experience to play better and win the championship this year”. 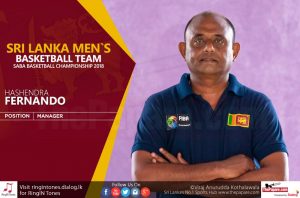 Manager Hashendra Fernando speaking with ThePapare.com said, “This year we have been practicing well ahead of the tournament and I would like to take this opportunity to thank the management of both Gateway College and British School in Colombo for letting us use their court facilities. Furthermore, I would like extend my thanks to Carlton Sports Club for letting the national pool utilize the Hendry Pediris Basketball Complex for practices”.

Sri Lanka has firepower, well Sri Lanka have always had the firepower. It is a matter of shooting at the right aim. For the sixth edition of the SABA Championship, with India out, Sri Lanka`s aim towards the top spot is not been obstructed. If you load the right bullets at the right time and shoot, Sri Lanka should finish on top.