Sri Lanka Youth Women`s Team took on Egypt in the opening day of the FIBA 3×3 U18 World Cup 2019 in Ulaanbaatar, Mongolia. It was a disappointing start for the Lankan lasses, being overcome by the Pharaohs.

Sri Lanka did have the first possession of the game but failed to convert it into points. Both teams struggled in the first couple of minutes to tick the scoreboard. It was the Egyptians who drew first blood from a shot outside the D.

Egypt was swift to find the rhythm and dominated the match inside the first five minutes. Sri Lanka was dominated with a 10-0 run as the opposition converted shot after shot. Egypt possessing the height advantage, blocked the paint completely and grabbed 90% of the boards.

Yara Zarea using her height effectively halted many Lankan possessions and created second chances for her own which was the turning point of the game. Sri Lanka joined into the scoring party towards the latter part of the match, but, by then, Egypt had set sail towards victory.

Just as the first match-up, Sri Lanka did have the first possession of the game but failed to tick the scoreboard. China drew first blood and enjoyed an 8-0 run in the first four minutes.

The game was all China, with a dominant offense it was a tough ask for the Lankan lasses to match-up. The Chinese shot chart touched all areas of the playing surface. With shot selection at its best, China used the high-percentage shooting areas; elbows of the paint to score most of the points.

Sri Lanka`s lack of shooting accuracy was highlighted once more. The ladies missed out on easy lay-ups and under-the-basket shots which could have helped the team to get into some sort of scoring rhythm. China moving swiftly across the court, mixed both short and long range passing to dismantle the Lankan defense, leaving many open spaces for the Chinese to shoot. 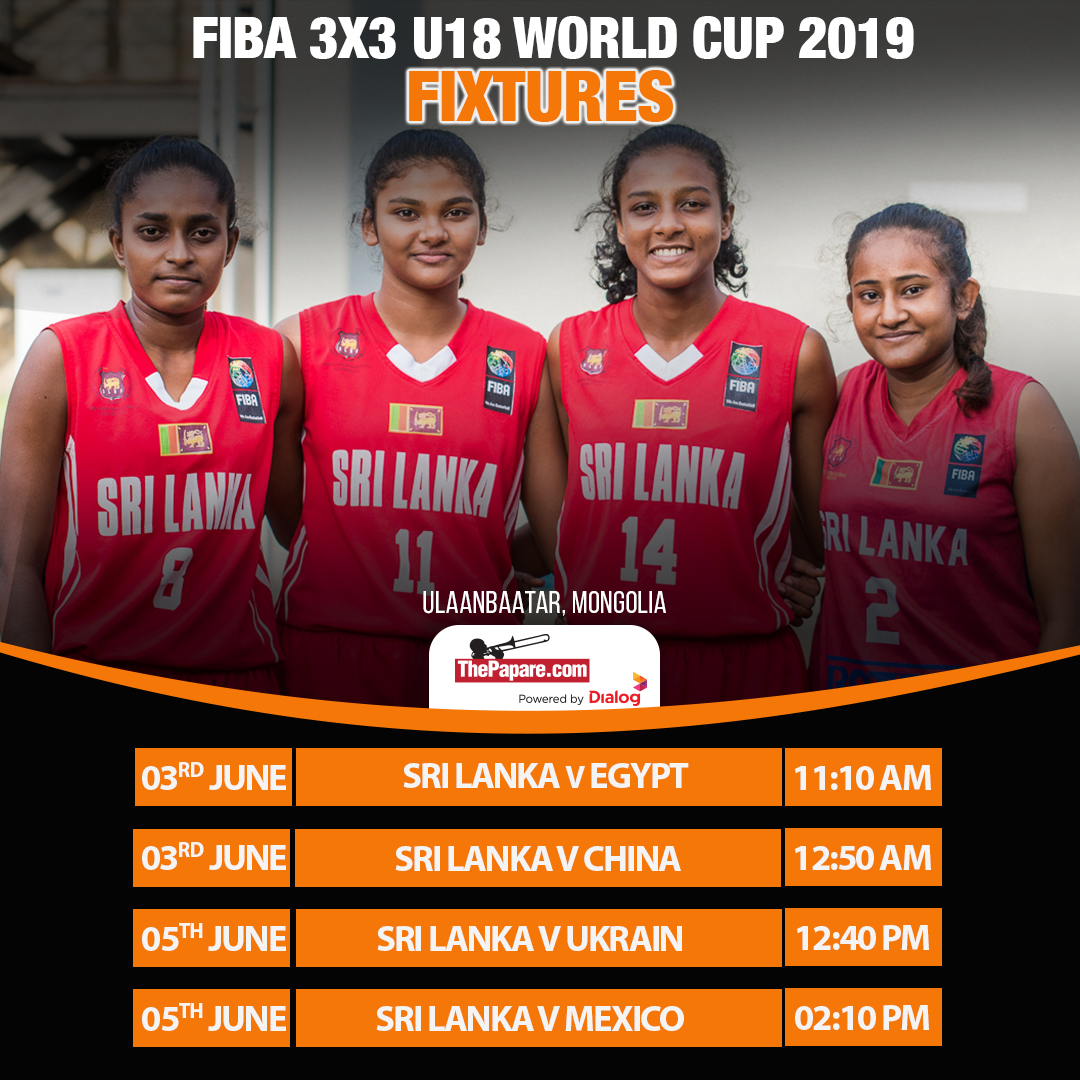