Home Features Can the U18 Girls follow in the Seniors’ footsteps? 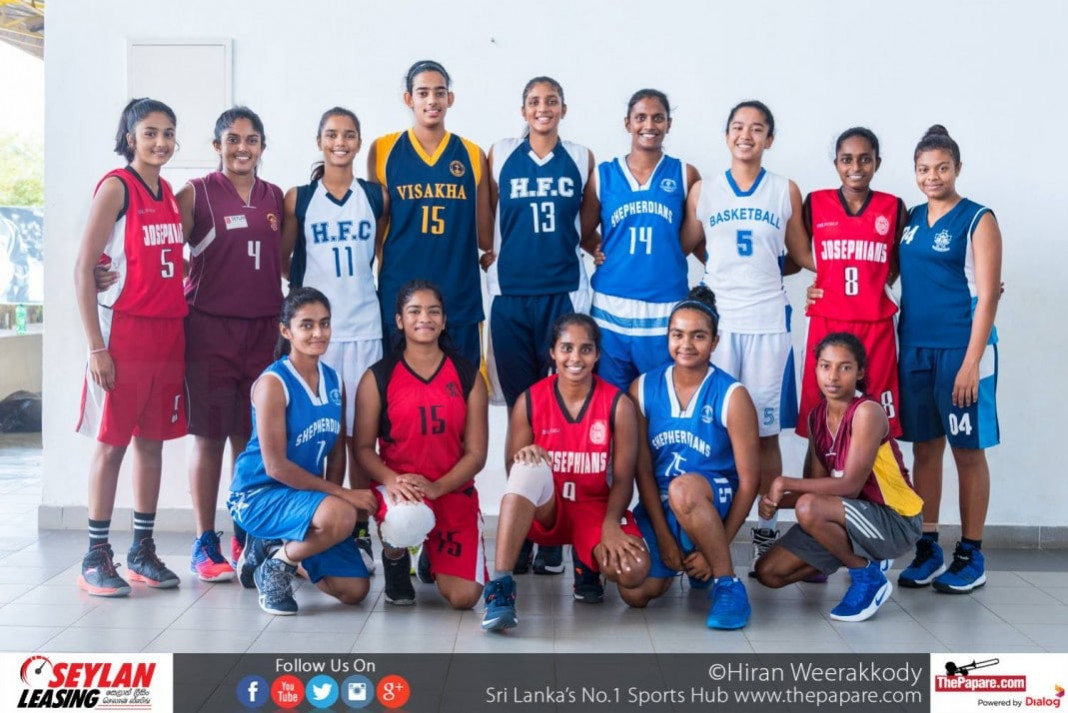 One final voyage awaits the national youth girls` basketball team as they are set to tour Thailand, for the FIBA U18 Asian Championship to be played from the 13th to the 20th of November. Here`s a look at the contingent before they take wing to South-East Asia.

The selection process began in the early stages of July and an initial pool of fifty plus players were selected. Fifteen top-notch players out of the initial selection were handed the opportunity of representing the paradise island.

Good Shepherd Convent, winners of ThePapare Basketball Championship 2016 sends in three of their best for national duty; out of whom one will be leading the team.

Nirma Sasanthi, who won the Best Offensive Player award at ThePapare Basketball Championship will head the team overseas. She also represented the country at the recently concluded FIBA U18 3×3 tour which was held in Malaysia. Joining her will be her Good Shepherd teammates Shereen Preena, who was also part of the youth team in the FIBA U18 3×3 tour, and Tharushi Wijemanne.

Vice – Captain Manthila Gallassage, who played a vital role in grabbing the rebounds and converting them into second chances for Holy Family Convent during ThePapare Basketball Championship, will join the tour together with her colleague Dilumi Goonewardene. Holy Family Convent – Colombo 04 was placed third at the ThePapare Basketball Championship.

Taniya Perera, Nihari Perera and Chalani Perera from St. Joseph`s Girls School – Nugegoda will also be a part of the team. St Joseph’s were the runners up at ThePapare Basketball Championship

Nipuni Navodhya and Thilakshi Navodya have been assigned for national duty after their brilliance for Presbyterian Girls’ School as they booked a fourth place finish in ThePapare Basketball Championship.

Malsha Warankula from St. Lawrence`s Convent, Resuree Wijesundera from Vishaka Vidyalaya and Chethma Fernando from Ave Maria Convent will book the rest of the slots in the team card. Both the teams were knocked out during the preliminary stages of ThePapare Basketball Championship.

It has been a fair and square selection by the national selectors as the team is well balanced with in terms of height, pace, talent and experience overseas condition.

The coach of Good Shepherd Convent – Kotahena, Susil Udukumbura was appointed as the mentor for the tour together with Buddhika Kumudapperuma who will function as the assistant coach. However, unfortunately, Susil Udukumbura had to resign from his duties as he was awarded a scholarship to go overseas to further his coaching education.

Prasanna Jayasinghe coach of Royal College – Colombo, has been handed over the duties as a result of this.

Speaking to ThePapare.com, Prasanna Jayasinghe said, “There are two levels in this tournament and Sri Lanka is currently playing in the second level, so our target is to top the second level this year so that we can enter the level one competition next year”.

Speaking about the different conditions that Sri Lanka will have to face overseas he said, “Yes, it will be a challenge definitely as we will be playing at indoor stadiums with air condition. But we have been practicing well to adapt and we are all set”.

The youth team will leave on the 8th of November and will play a couple of friendly matches prior to the tournament.

The senior women`s national team emerged champions of the South Asian Basketball Championship earlier this year. Will the youth team follow-up? ThePapare.com wishes the team all the very best.