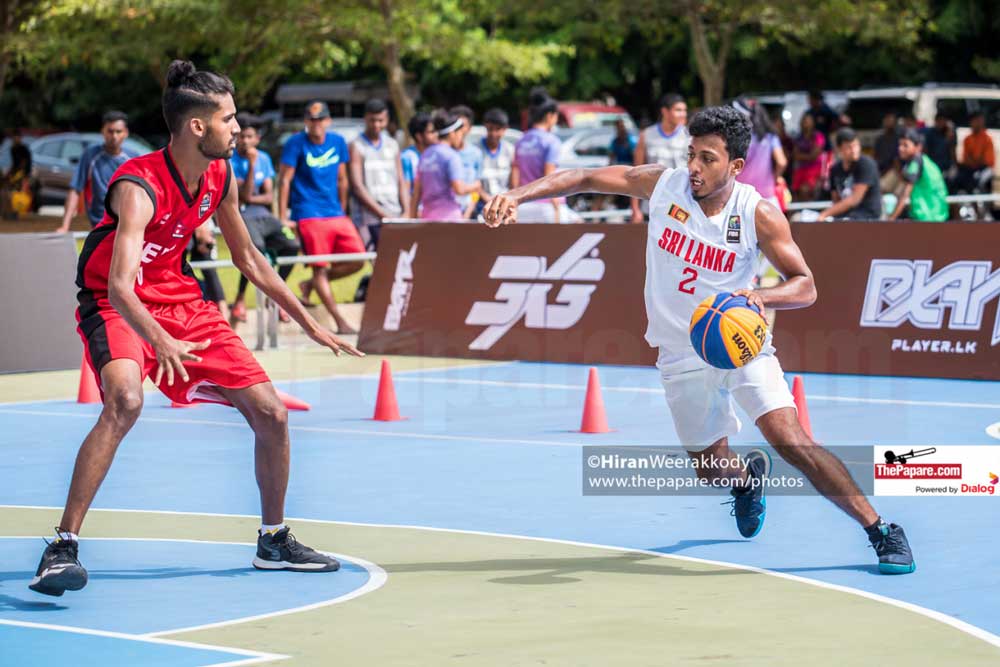 FIBA 3×3 SABA Quest Stop, Sri Lanka 2018, ended with Sri Lanka qualifying for the FIBA 3×3 Asia Quest Stop which is scheduled to be played in September later in 2018.

Shivanga De Silva drew first blood putting the reds in front. It was an evenly matched contest between both parties, but Clinton Thevakumar stood out, scoring 15 points in the game, continuing his sublime form from the semi-finals.

Colombo Reds were aggressive, but they missed a couple of shots at crucial times. Clinton converted those missed opportunities with two shots from downtown which sealed the deal for the Lankan Cagers. Rebounds were contested well between all six players.

It was unfortunate for Charith Perera who was in fine groove to have met with an injury in the middle of the game. He did continue to play but it was evident that he had lost touch and the Reds suffered.

Colombo Lions dominated the game early but the tables were turned by Thisari Kapuge. Thisari converted all the unforced errors of the Lions into points for Track Masters. With the height advantage, rebounds were etched mostly by the Colombo Lions.

Scored 15-12, Colombo Lions leading with a minute on the clock. Kapuge, squared the score-sheet, 15 all at full time. The first team who scored next were to be chosen winners. Solange Gunawijaya, with tons of experience under her belt bought the game to an end adding two on the board. Colombo Lions edged out to a win.

Clinton Thevakumar of Lankan Cagers Speaking to ThePapre.com said, “All our team members had travelled before for an Asia 3×3 tournament so we had a good combination as well as experience. This is good opportunity for Sri Lankan Basketball players and I think we have a good future too”.

Shivanga De Silva of Colombo Reds speaking to ThePapre.com said, “It was a good tournament, all the Sri Lankan teams played very well at this tournament. I had a good experience as well because my team mates were very experienced and I had lot to learn”.