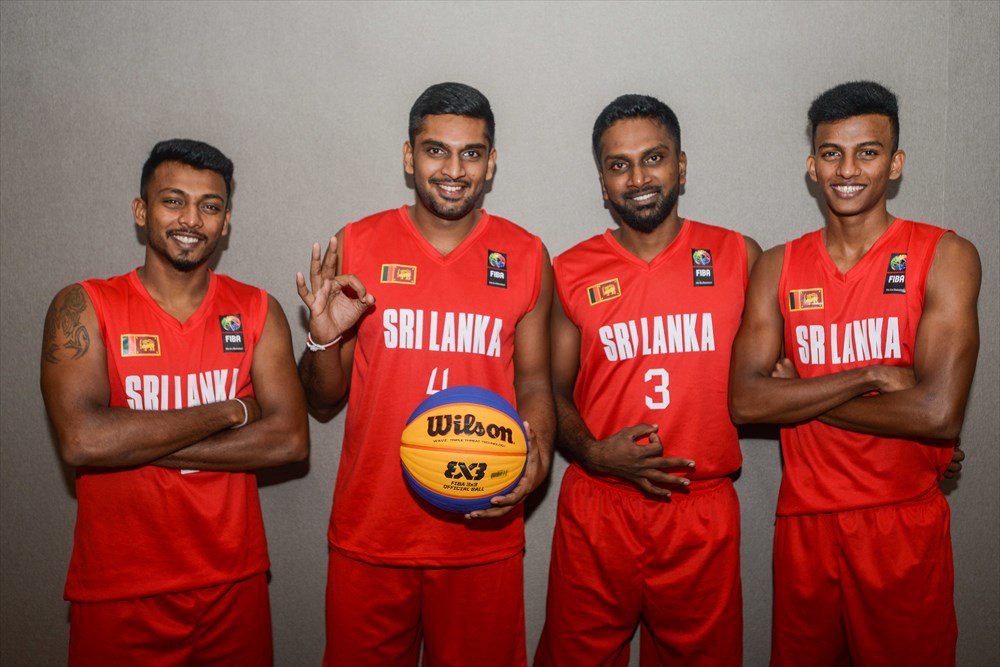 Sri Lanka men`s and women`s teams played their final qualifiers concluding their run in the 3×3 Asia Cup 2018 championship held in Shenzen, China from 27th April -10th May.  The Sri Lanka men`s team managed to win one game against Thailand while the women`s team only succeeded  in a victory against Samoa.

Sri Lanka took on Vanuatu as the final match of the qualifying draw for the 2018 edition. The islanders drew first blood and had a 5-0 run thanks to a solid start. Vanuatu stepped into the game when Sri Lanka was on 07, and managed to rack up 13 points in total. Sri Lanka building on the start, cruised through to 22 at full time to cross the white line triumphantly.

Clinton Thevakumar picking from where he left off on day 02, top scored with a dozen points. He was adequately supported by both Arnold Brent and Timothi Nithushan scoring 05 points apiece. Manoah Moli topped the list for the opposition with 06 points while Jared Ova added 05. Both Henzley Vira and Aaron Daniel scored couple points each. Sri Lanka recorded 03 fouls and the opposing team recorded 02.

The Sri Lanka women`s team played Thailand in their final qualifier which ended in despair for them. Thailand dashed through leaving no room for the islanders to catch a  breathe. Final scores read, 21-06.

In the men`s category, Sri Lanka was placed 04th  with 83 points and from the pool of 06 only the top slot qualified for the main-draw. Sri Lanka’s winning percentage was recorded as 40% while the points average was stated at 16.6.

In the women`s category Sri Lanka was placed 03rd with 22 points and the pool of 04 saw only the top qualifier going through for the main-draw. Sri Lanka women`s winning percentage was recorded 33% while the points average was stated 7.3.

Stay logged on ThePapare.com, the Broadcast Partner for Sri Lanka and catch the LIVE action of the all exciting main-draw.