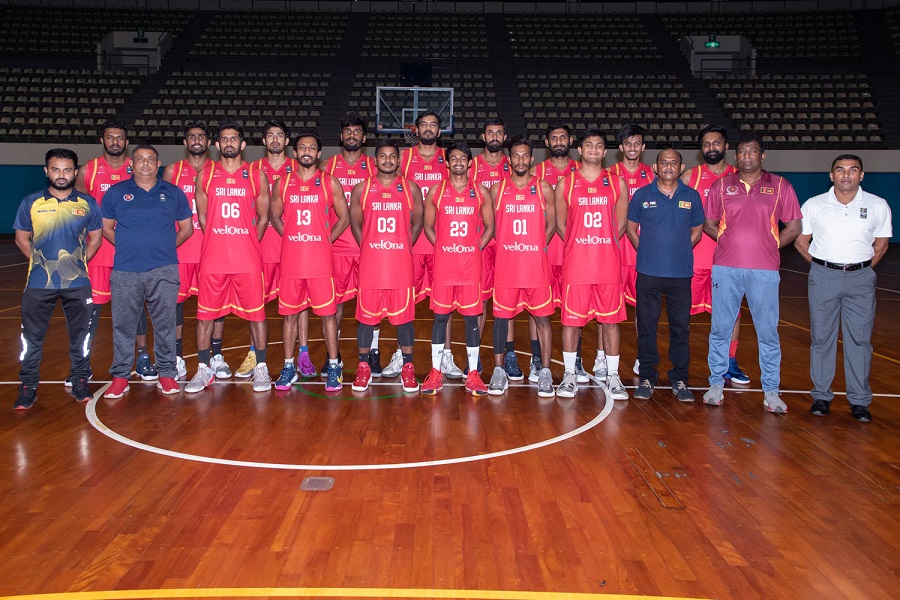 Defending champions, Sri Lanka (SL) tipped off the first match of the 6th South Asian Basketball Championship 2021 (SABA 21’) against the host nation Bangladesh (BAN). The thrilling encounter ended in favor of the islanders, 67-56.

BAN was awarded the maiden possession of the game off the jump-ball but was halted gallantly by a tight man-to-man defense commissioned by the islanders. Both the teams were unable to draw first blood until the 3rd minute of the game. It was BAN who ticked off the scoreboard first with a mid-range jumper; Nimesh Fernando equalized the game in the next possession.

Both the teams had their fair share of unforced errors, struggling to find the rhythm at the start. However, it was the home team who made in-roads early as they closed off the first quarter with a point lead, 15-14.

SL lacked offensive boards and pace in the game. Feilding a young side into the encounter and considering the intense game SL plays naturally, the pace was a major dilemma holding the lads from getting into rhythm.

The scoreboard at halftime did reflect a tight game but it was imperative that SL rectified their offensive lapses stepping into the second half. The transformation from defense to offense, freeing up the offensive lanes and running the ball wide across the surface halted the islanders from exerting pressure on the host nation.

The half-court press from SL and back-to-back baskets from Rukshan Atapattu helped the visitors  stay afloat in the first half.

BAN stepped into the second half with a three-pointer and went on to lead the quarter 41-45 at the end of the penultimate ten minutes. In comparison to the first half, the Sri Lankan defense was poorly deployed leaving many gaps and open lanes for the opposition to exploit.

SL lacked intensity into the game and the lack of momentum was evident through-out the 40 minutes of play. The off-spring shots that connected helped the men stay on par with the competition and extend the battle into the final quarter. However, considering the up-coming matchups against India & Maldives, SL has a lot of homework to be done.

Fitness coming into play, BAN played a slow-paced game in the 4th in comparison to the prior three quarters of the match. Missing a host of shots, paved the way for SL to build on the lead to construct a steady advantage into the final minutes of the game.