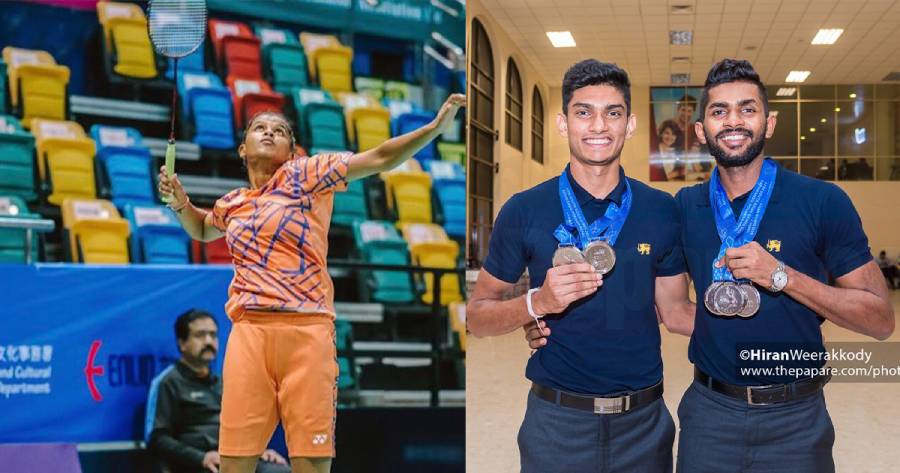 4 of Sri Lanka’s top shuttlers leave the island on a long-awaited Euro Tour, which has four major tournaments in store for the next month or so in the Netherlands, Czech Republic, Belgium and Hungary.

Buwaneka Goonethilleka and Sachin Dias, Sri Lanka’s favorite Doubles duo, will tour Euro along with Kavidi Sirimannage and Ranthushka Karunathilaka. Pradeep Welagedara will represent the team as Head Coach, while Palitha Hettiarachchi will manage the team.

First up is the Dutch Open, which will kick start tomorrow (13) and take place right through to the 17th of October. Then comes the Czech Open from 21st – 24th October, the Belgium Open from 27th – 30th October and finally the Hungary Open from 03rd – 07th November, marking the end of the tour.

Power duo Niluka and Dinuka Karunaratne will also pick a few tournaments in the Euro tour, with Niluka eyeing the World Championships in Spain, which will happen in December. Younger brother Dinuka will join the team from London, where he currently resides.

Buwaneka Goonethilleka will partner up with Sachin Dias as expected in the Men’s Doubles, while the former will also play the Men’s Singles. Dias will take on the Mixed Doubles with Kavidi Sirimannage.

Along with the Mixed Doubles entry with Dias, Sirimannage will also play in the Women’s Singles, while Ranthushka Karunathilaka will take on the Men’s Singles as well. The Karunaratne brothers are expected to play some Singles games to prepare for the World Championships.

Keep logged into www.thepapare.com to follow the team on their Euro Tour and latest updates and results.