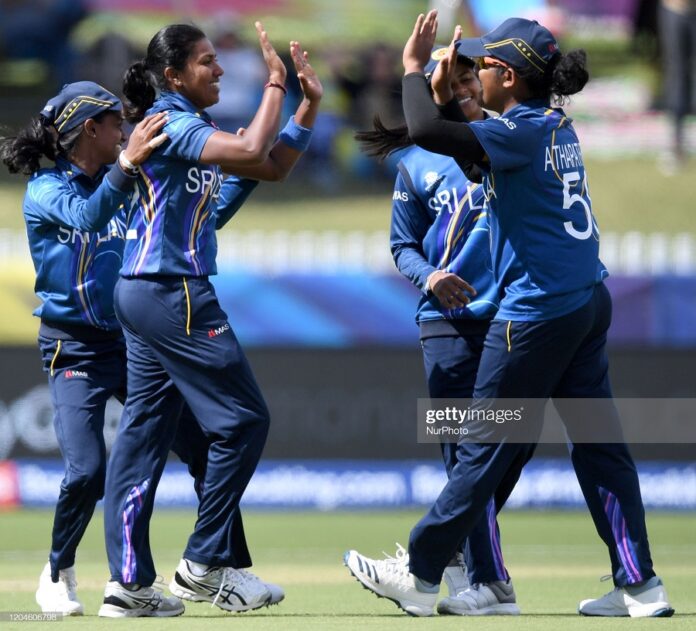 The ICC Women’s Cricket World Cup Qualifiers commenced on the 21st of November and will run through to the 5th of December 2021.

What is the tournament format?

9 teams (Unfortunately, Papua New Guinea, who were to take part, were forced to pull out following a COVID outbreak in the camp), will battle it out in two groups, with the top three in each group going through to the Super 6 Round.

How many teams will qualify for the ICC Women’s World Cup?

What are the groups in Round 1?

How did these teams make it to the Qualifier?

Pakistan, West Indies and Sri Lanka are in the qualifier after finishing fifth, seventh and eighth in the ICC Women’s Championship 2017-20.

Bangladesh and Ireland made it in as a result of having ODI status. Netherlands (Europe), USA (Americas), Zimbabwe (Africa) and Thailand (Asia) won their place in the tournament during the regional qualifying tournaments.

Who has already qualified for the World Cup?

What are the top teams in the tournament?

West Indies are widely regarded as the favorites to finish as the top team in the tournament. Pakistan, Bangladesh and Sri Lanka are the other 3 teams who have regularly featured in the most recent World Cups. However, teams like Ireland and Thailand should also be strong contenders to create a few upsets in the tournament.

What are Sri Lanka’s chances?

These will be Sri Lanka’s 1st tase of international cricket since the ICC Women’s T20 World Cup in 2020, 20 months ago. During that time they have played one domestic limited overs tournament and have been in training camps since July under head Coach Hashan Thilakaratne. With this in mind, it is hard to predict how they will go in the tournament, but at a minimum, they should finish within the top 5 and qualify for the Women’s Championship cycle.

They would have gained a lot of confidence from the warm-up game against USA, where they won by 200 runs after putting up 326.

Who are the key players for Sri Lanka?

Chamari Athapaththu will be the obvious one. She’s the only player in the squad to have played any competitive cricket outside Sri Lanka during the past 20 months, having been a part of the Women’s T20 Challenge (Women’s IPL) and most recently the Women’s Big Bash League, where she made 182 runs at 30.33 for the Perth Scorchers, before having to leave mid-way through the tournament to join the national team.

Vice-captain and left-handed top order batter Harshitha Samarawickrama is another key, particularly in the 50-over format.

All-rounder Nilakshi de Silva, and veteran left arm spinner Inoka Ranaweera, left-armer Udeshika Prabodhani and off-spinner Kavisha Dilhari will be a few others to keep an eye out for.

What are Sri Lanka’s fixtures in Round 1?

Where can I watch the matches?

All matches will be live streamed globally on the ICC’s official streaming platform, ICC TV.