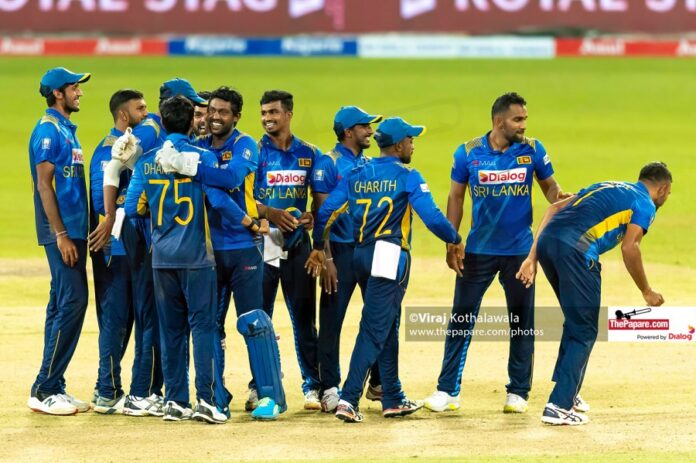 Sri Lanka Cricket have announced a 22-member squad for the upcoming ODI and T20I series against South Africa, which starts on the 2nd of September.

Dasun Shanaka will continue to lead the team with Dhananjaya De Silva as his vice-captain.

Wicket-keeper batsman Kusal Perera, who missed both the ODIs and T20Is against India, due to a shoulder injury has been named in the squad. However, Perera will likely not feature in the ODIs since he is reportedly still recovering from Covid-19.

Left-arm seamer Binura Fernando, has also recovered from his ankle injury and has been named in the squad. He could not play any part in the India series.

Dinesh Chandimal, Nuwan Pradeep, Kamindu Mendis and Lahiru Madushanka have all earned a recall to the national team having performed exceptionally well in the Dialog-SLC Invitational T20 League.

Uncapped spin duo, Maheesh Theekshana and Pulina Tharanga have earned maiden callups. Both Theekshana and Tharanga played pivotal roles with the ball for their respective teams in the Dialog-SLC Invitational T20 League.

Ashen Bandara, Dhananjaya Lakshan and Lakshan Sandakan have been axed from the squad despite featuring against the touring Indian team last month.

Read: 30-man squad for limited over series against Proteas named

The three-match ODI series will be a part of the ICC Cricket World Cup Super League, while the three T20Is will provide a perfect opportunity for the islanders to test their combinations ahead of the ICC Men’s T20 World Cup in October/November.