Uganda beat South Africa 44-43 in a tense final to win the 3rd World University Netball Championship. Towering goal shooter Mary Nuba was the day’s heroine as she made the decisive shot that gave Uganda the title.

“I have never felt better. This is the best day of my life,” Nuba, who stands at 6ft 7in stated at the end of the final. 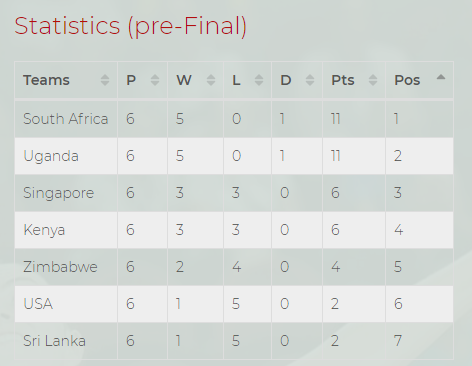 Sri Lanka brushed aside hosts Singapore (69-50) with a characteristically …

England won the inaugural edition in Cape Town, South Africa in 2012 while South Africa won in the second edition of the biennial championship in 2016.