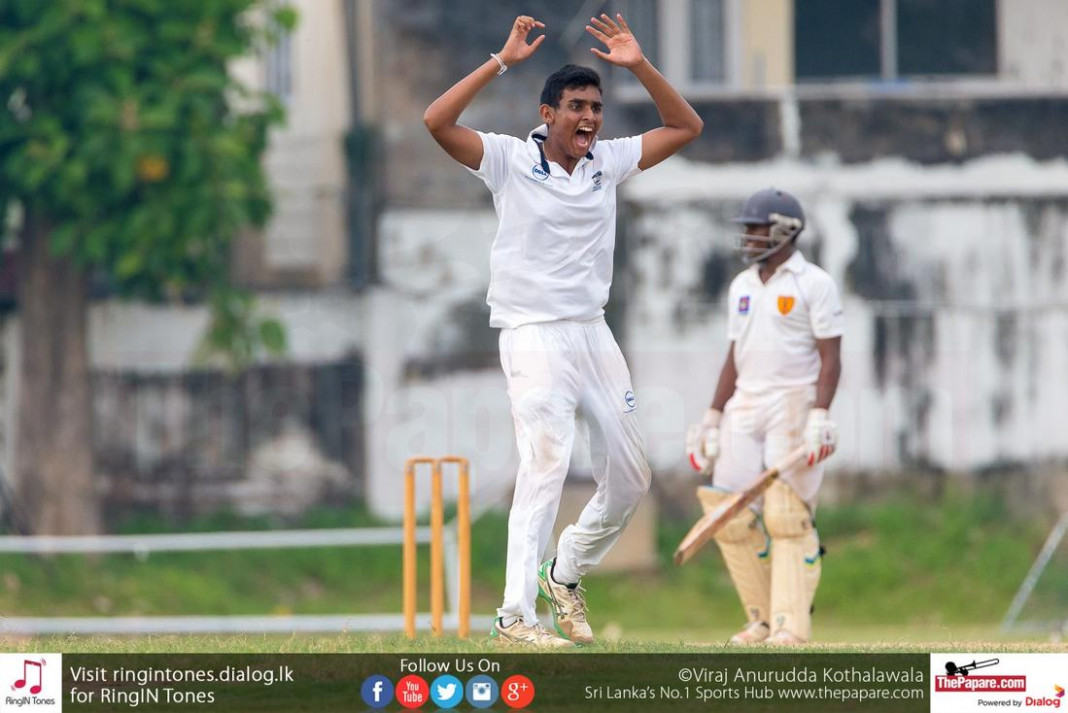 Vinu Mohotti, with 7 wicket match bag, steered his team to an innings and 44 run victory against Gurukula Vidyalaya in their pre-quarter final at St Peter’s College grounds.

The Peterites, after two moral boosting victories coming into the pre-quarters, had all things working to their liking. With the top order in form and their spin bowling attack strengthened with Sadeesh Pathiranage and Chathura Obeysekara being amongst the wickets in the last couple of matches, they are proving to be a formidable outfit in the knockout round.

The home side won the toss and decided to bat first. Their flamboyant openers were sent back to the pavilion without much runs on board. In form batsman Hashan Wanasekara and 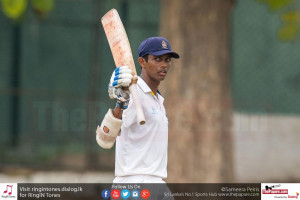 national U19 cap Lakshina Rodrigo steadied the ship with a free flowing partnership before Lakshina was dismissed for 35 runs. Hashan went on to score yet another half century this season, inching closer to the 1000 run mark. Manelka De Silva was the highest scorer in this innings for the home side with a brilliant 87. He was supported by his bowling partner Ravindu Silva who chipped in with a valuable 25 runs. St Peter’s declared their innings at 296 for the loss of 9 wickets in 77.4 overs. Sachintha Chmith took a fifer for 58 runs with the ball for the visitors.

Gurukula came in to bat in the last session of the day and they were 22 for 1 at the close of play on day 1. Day 2 was dominated by the Peterite spinners. Vinu Mohotti led the attack and took 3 for 35 while left arm leg spinner Sadeesh Pathiranage took 2 for 54. Chathura Obeysekara, playing only his second match this season, took 2 for 31. Chathura Obeysekara is the youngest of three brothers who have represented St. Peter’s in the recent past. The visitors were bundled out for 159 runs in 52.1 overs. Lasindu Arosa’s patient 45 could not save the game for his team.

With a lead of 137 runs, Vinu decided to enforce the follow on and give his team a chance to get another innings victory under their belt. Gurukula Vidyalaya went from bad to worse in their second innings. At one point they were 25 for the loss of 5 wickets, struggling to survive at the crease against the Peterite spinners. The visitors somehow managed to drag their innings until tea, with only two wickets up their sleeve. The Peterites took only half an hour after tea to wrap things up.  Gurukula Vidyalaya was bundled out for just 93 runs in 35.2 overs. With this win, St Peter’s will progress through to the quarter final; they will be facing Trinity College. The big clash between the two in form teams will be played in the hill country and it will surely be a close encounter.