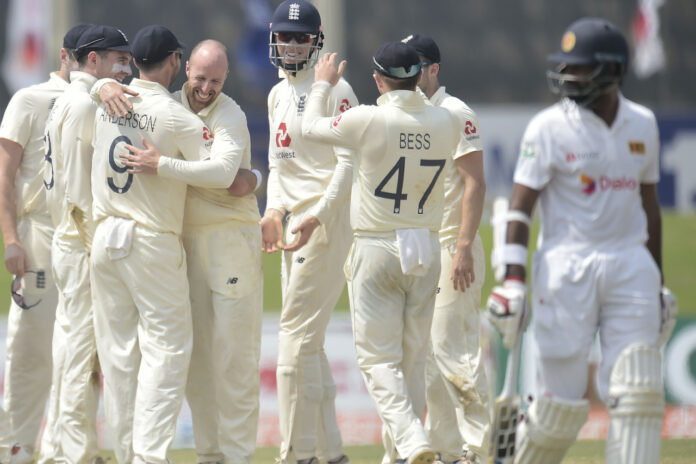 How did we become so vulnerable against spin? Watching Sri Lanka play Dom Bess and Jack Leach from the Galle Fort was painful. Our batsmen were lost. They had forgotten the basics. They seem to have just one answer for spin – sweep and reverse sweep. Even those batters, who rarely play the sweep shot, attempted it, having been impressed by how well Joe Root executed it. Eventually, they paid the price. Sweep is not every man’s bread and butter. As Arjuna Ranatunga put it plainly, Aravinda de Silva would murder Dom Bess after three days of training – even at the age of 55.

The writing was on the wall in Bess’ first over of the series – in fact it was his first over in Asia. Our opening batsman perished playing a reverse sweep. If Duleep Mendis had been the Manager, KJP would have found the dressing room door closed on his way back. He would have been made to join us in the Galle Fort to watch the remaining day’s proceedings.

Some of the obvious things that came out watching the Galle fiasco was that our batsmen didn’t use the feet when countering the spin of Somerset duo – Leach and Bess. You either get to the ball or get right back against spin. Sweep or reverse sweep should come as the last resort.

Everyone seem to be in awe of how Joe Root played spin bowling, but to be honest, his success was based on just two strokes – defense and sweep, both the conventional and reverse.

You would expect batsmen who had been brought up on slow and low tuners to play spin better than resort to sweep. But our batsmen were down with Joe Root syndrome. Sweep they thought is the panacea and paid the price.

We do not intend to lecture Test cricketers on how to play spin. But here’s a tip.  One of the best Sri Lankan players of spin bowling is Warnua Waragoda. Our batters would do well to pick his brains on what to do and what not to do when playing spin.

Chairman of Selectors Ashantha De Mel had to pay the price following the series defeat and it looks as if the same fate will befall on other selectors too. One of the mistakes that the selectors and the team management did was their failure to identify players.

We still seem to be not having much of a clue as to who are our Test players and who are our white ball players. Wanindu Hasaranga and Dasun Shanaka played three Tests in a row in the space of four weeks. They earned slots in the Test team given the success they had in a domestic T-20 competition. That shouldn’t have been the case. Hasaranga over Lasith Embuldeniya in South Africa was a no-brainer.

Similarly, our prime Test players shouldn’t be engaging in T-20s – even the LPL – by playing which they destroy their confidence. What’s a 38-year-old Dilruwan Perera doing playing a T-20 competition a week before he goes on one of the toughest Test tours is beyond many peoples’ comprehension.

Obviously, the players would be complaining about loss of revenue. It’s SLC’s duty to look after their Test cricketers.

SLC also should have a larger control on giving No Objection Certificates for their contracted players to engage in overseas T-20 or T-10 competitions.  Now, the board is going to antagonize a couple of players down the line. There will be even a few defections for lucrative T-20 deals than international cricket. But it’s high time the board put the foot down. They can not be scared of one or two players and let cricket go down the drain.

One of things that you sensed during the Galle Tests at the train station, speaking to three wheeler drivers and people at the Sydney pub right in front of the cricket ground is that people are frustrated with the standards of cricket. While the team has failed to compete, players washing dirty linen in public and poor fitness levels have all left a bad taste.  Into the bargain, several senior players – including a former captain were caught on camera playing cards while the batting collapsed on day one of the series.

The home series against Bangladesh in April is going to be crucial more than the tour of West Indies. Bangladesh have played well since 2016 and the last time they were here, they even won a Test match. Losing a home series to them will be unbearable and the public opinion will be such that more than a few people will lose their jobs.

Sri Lanka went into the home series against England unprepared. They can ill afford to do the same mistake against Bangladesh. Sri Lanka ‘A’ have played little cricket in the last two years. SLC will do well to organize a couple of ‘A’ team series at home lead up to the Bangladesh Tests to help our second tier players for the challenge ahead.