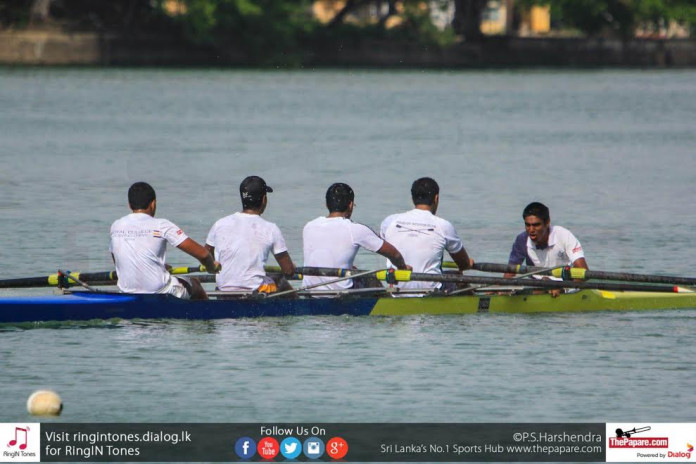 The South-West Monsoon Regatta is due to start off on 8th October 2016, at the Colombo Rowing Club.

Concluding the rowing season for the Colombo Rowing Club, the South-West Monsoon Regatta will feature a number of schools and university crews alongside the crew from the hosts themselves. The regatta will feature a total of 9 events, on the basis of heats and all races will be rowed down over a 1000 meter course.

The races and boat categories are as follows;

Most of the races will be rowed in an Intermediate category, while the Stubb’s Quaich races will be held in a Club senior/junior combination.

The highlight of the evening will be the Centenary Oar coxless fours races. The Centenary Oar was started in commemoration of 100 years in service of the Colombo Rowing Club, in 1964 (1864-1964). The race will be held in an open category and Royal College Colombo will be aiming to defend the title and the silverware. The RCYC Coxless Pairs race was presented and named after the Royal Colombo Yacht Club.

Races are scheduled to have an early start with the first race starting off at 6.30 am and will be held throughout the day.