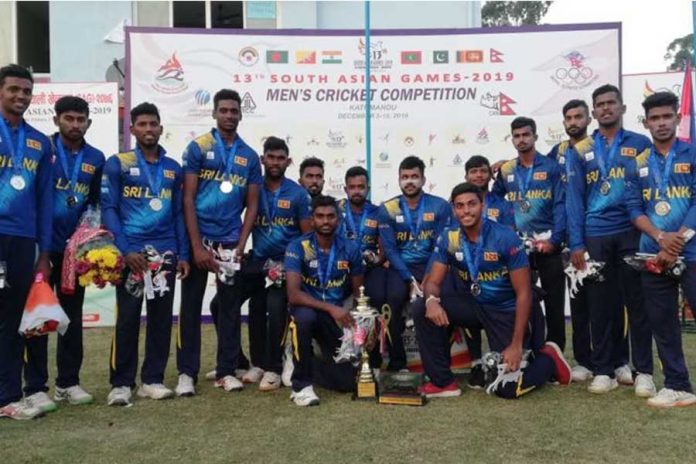 Sri Lanka U23 Men’s team lost in the Gold medal match in the South Asian Games 2019 against Bangladesh at the Tribhuvan University International Cricket Ground, Kirtipur today (9) after failing to post a competitive total batting first.

Bangladesh skipper Najmul Shanto asked the islanders to bat first after their trashing by Sri Lanka yesterday in the group stage game. Sri Lanka couldn’t get to the perfect start they were hoping for as Bangladeshi seamer Sumon Khan and left arm spinner Tanvir Islam restricted the Sri Lanka openers in the powerplay.

The tournament’s highest run-scorer Pathum Nissanka had a rare failure today, as he struggled from the beginning and ended up scoring 22 off 24 balls. Sri Lanka batters failed to find the timing with the bat as they could only muster 122 in the 20 overs.

Shammu Ashan top scored in the Sri Lanka innings with 25 while the others failed to cross the 20-run mark. Hasan Mahmud shone with the ball as he picked up 3 Sri Lankan scalps.

Chasing a comfortable 123 for their 2nd Gold medal from Cricket at the South Asian Games 2019, Bangladesh reached the target in just 18.1 overs with 7 wickets to spare. Skipper Shanto remained unbeaten at the crease with a measured 35, seeing his team over the winning line.

Sri Lanka Women lost a tense final yesterday to hand Bangladesh the Gold in the Women’s category as well. 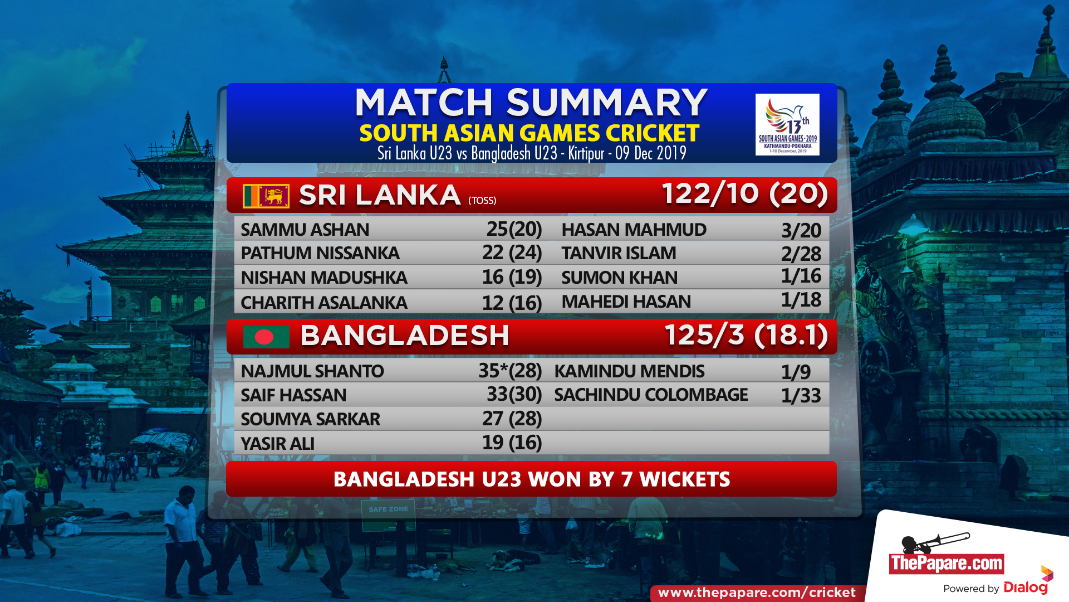